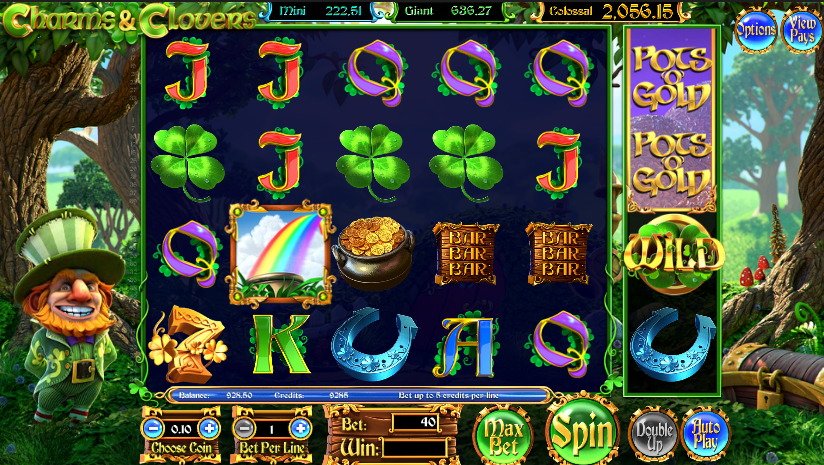 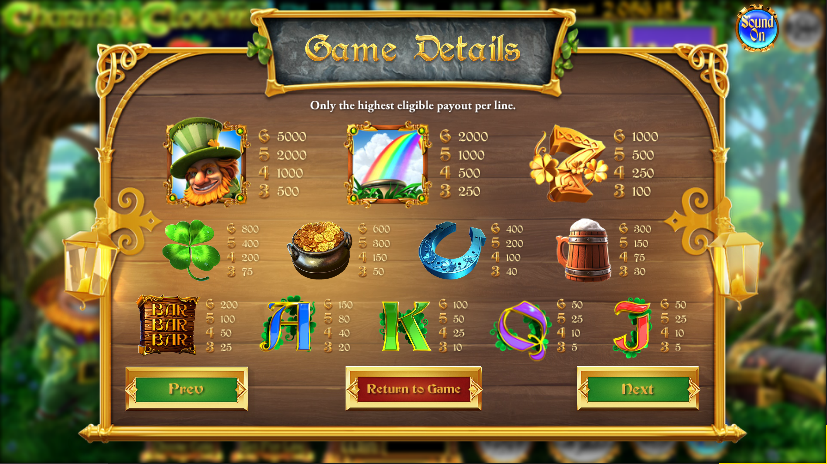 It’s time once more to make that familiar journey across the Irish Sea to check out an online slot machine based on the Emerald Isle. This particular game is developed by Betsoft, it’s called Charms & Clovers and comes with a sixth bonus reel and a variety of extra features.

Charms & Clovers is a five/six reel slot with four rows and forty fixed paylines; there are five standard reels and then a sixth separate reel, all of which are situated against a backdrop of trees, fields, a leprechaun and a chest of gold.

There are lots of theme-related symbols including the leprechaun, a rainbow/pot of gold, a gold seven, a four leaf clover, a pot of gold, a horseshoe, a mug of ale and triple bars; J, Q, K and A make up the lower values.

There’s a large golden ‘Wild’ symbols which can substitute for all others except any bonus icons on the sixth reel. 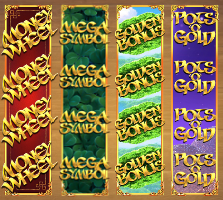 There are four bonus features and they are triggered by filling up the sixth reel with four matching symbols:

Each win can be gambled by clicking the ‘Double Up’ button below the reels; this is a simple double or nothing heads/tails game if you fancy an extra wager.

Charms & Clovers comes with the usual excellent standards of gameplay and animation we’ve come to expect from Betsoft; the sixth reel adds some extra variety for a game we would highly recommend.