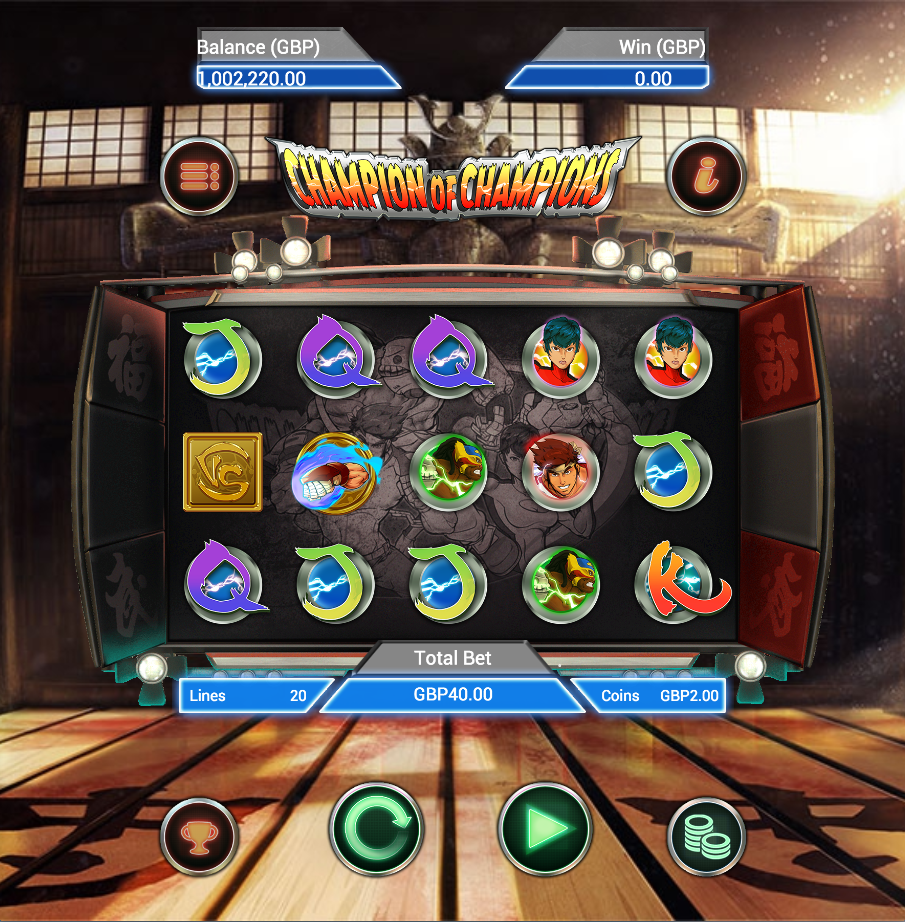 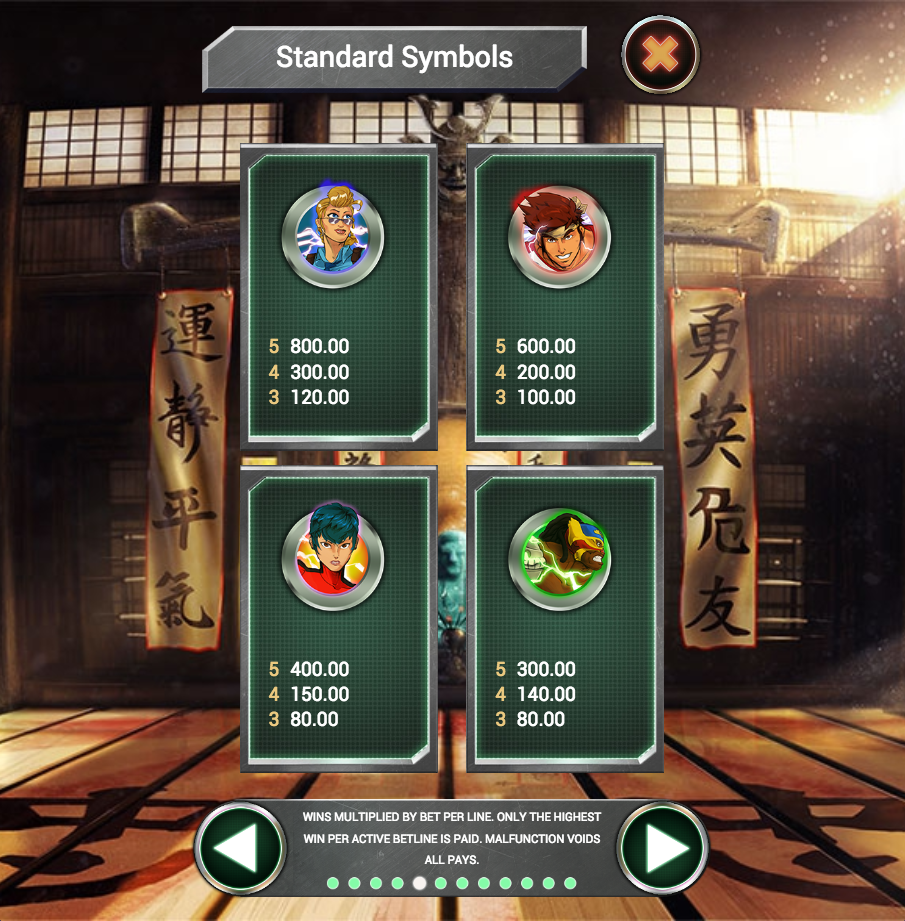 Champion Of Champions is an online slot which is extremely reminiscent of arcade fighting games such as Street Fighter and the theme of this game is indeed fighting as the warriors battle through the rounds in their attempt to defeat the evil Yoshinobu. It’s developed by Applejack Gaming on the Odobo platform and it includes a number of extra features so check out the review below for all the essential information.

Champion Of Champions is a five reel slot with three rows and twenty fixed paylines; all the action takes place in an oriental fighting studio lit by sunlight from windows set high up on the walls.

The higher value symbols are our four fighting heroes – CJ Knight, Sammy Bryant, Hunter Lee and Braco – while the lower values are the standard 10, J, Q, K and A.

The green dragon is the standard wild symbol and the gold dragon appears just on reel three and can trigger extra features (below). The gold character and the flying fist are the bonus symbols which activate the main features.

This is a picking game and it’s triggered by landing three of the gold character symbols anywhere on reels one, three and five. There are four levels to climb and on each level you must find the ‘advance’ positions to move up; find three ‘stoppers’ and the round is over. The higher you get the more cash you win.

Each time the golden dragon appears on reel three it will animate into a wild symbol and it may also start a small feature in which the Golden Dragon moves across the reels, adding 2 – 5 wilds in various locations.

For those who like that sort of thing you can keep track of various achievements (100 spins, hit the Golden dragon, etc) by clicking on the trophy button below the reels.

Champion Of Champions is a really high quality slot with a nice narrative and a pounding soundtrack; the features are reasonably easy to trigger and it’s one to recommend.