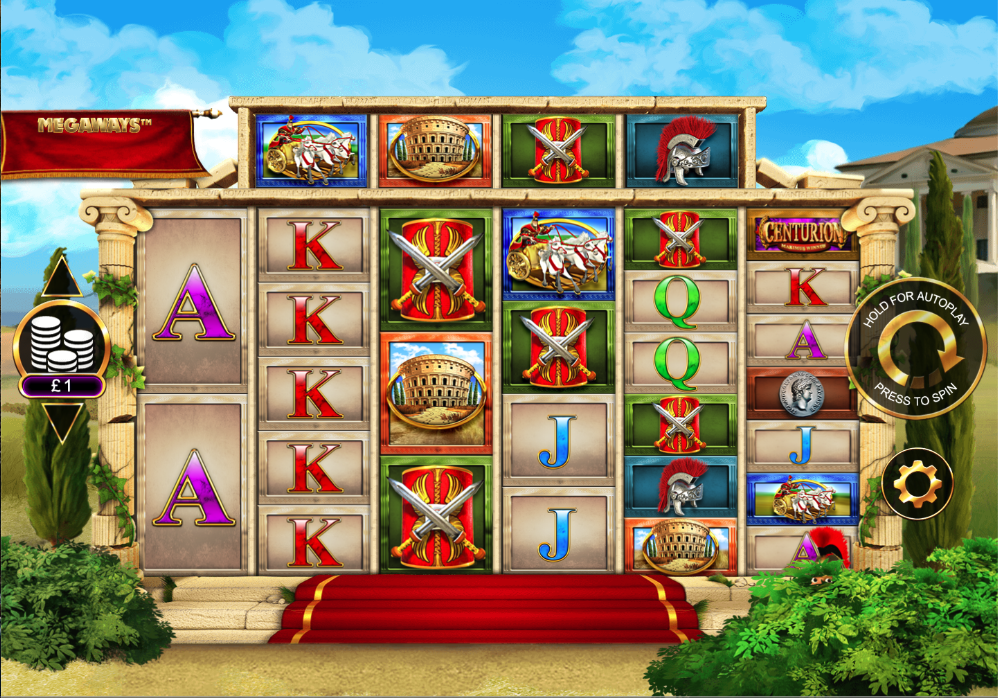 If you’ve previously enjoyed Inspired Gaming’s Centurion online slot but thought it could do with a few more paylines then you’ll really like this latest creation – Centurion Megaways has received Big Time Gaming’s Megaways treatment and now comes with more than one hundred thousand paylines as well as lots of extra features while retaining the same Roman theme.

The theme-related symbols include the games’ logo, the chariot, the Colosseum, the shield & swords, the helmet and the coin; J, Q, K and A make up the lower values. The wild wreath only appears on the horizontal reel in the base game.

Any symbols in winning combos will disappear and be replaced by more falling in from above – new combos can then be formed to continue the process.

These can occur at random on any base game spin:

This is triggered by landing between three and eight of the bonus/scatter symbols anywhere in view; you’ll now get to spin a wheel which will award one of the following prizes:

The more scatters you start with, the fewer choices are available on the wheel so obviously the most lucrative ones are those shown towards the bottom of the above table:

Centurion Megaways takes the original game (which already had loads of features) and supercharges it with even more bonuses and the popular Megaways gameplay mechanic. We probably don’t need to say that if you enjoyed the first one then you’ll definitely appreciate this.