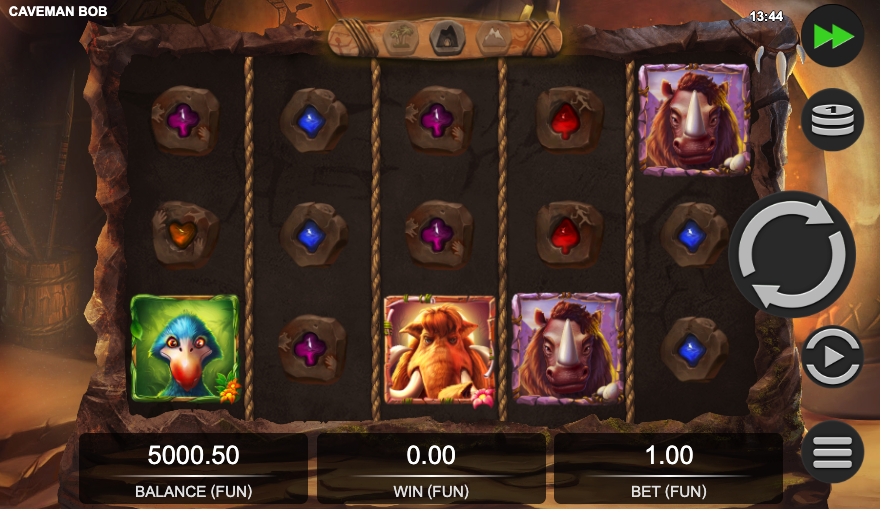 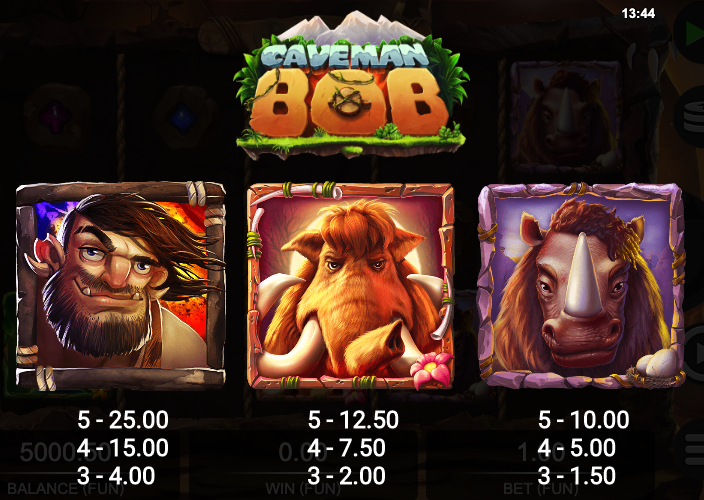 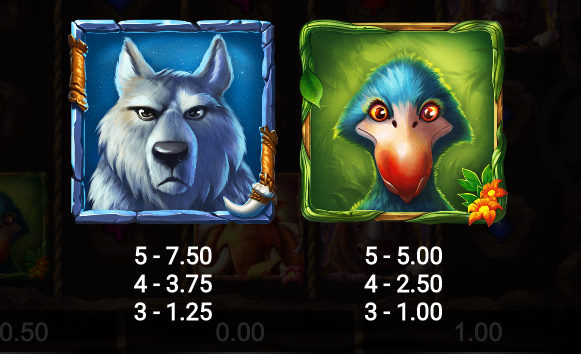 Let’s take a trip back in time to visit Caveman Bob, the hero of this prehistoric online slot machine in which your task is to follow Bob around various locations, making the most of the bonus features which occur there – it’s developed by Relax Gaming so keep reading to find out more.

Caveman Bob is a five reel slot with three rows and twenty fixed paylines; there are three locations to visit in Bob’s world and we start in his cave with the oasis and the mountain areas yet to be discovered – these places are accessed randomly but once all three have been visited you’ll be able to play wherever you wish using the symbols above the reels.

The high value symbols comprise Bob, a mammoth, some sort of warthog creature, a wolf and a dodo; playing card symbols embedded in rock make up the lower values.

The wild is the big, stacked ‘Wild’ which will replace all other standard symbols to help form winning combinations; there’s no bonus symbol in Caveman Bob. 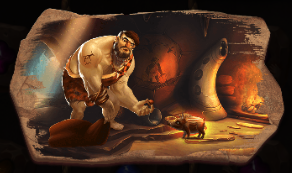 The following three features can occur in all three locations and they’re triggered randomly by Bob (in the short animation) if he can catch the hog in the cave, the a bird’s egg in the mountains or the fish in the oasis:

Each location also comes with its own randomly triggered wild feature:

Caveman Bob can seem a bit complicated to begin with but once the locations are unlocked and the various features to do with those places are triggered the confusion turns to enjoyment as you appreciate the cartoonish graphics and progressive nature of the gameplay. Highly recommended.