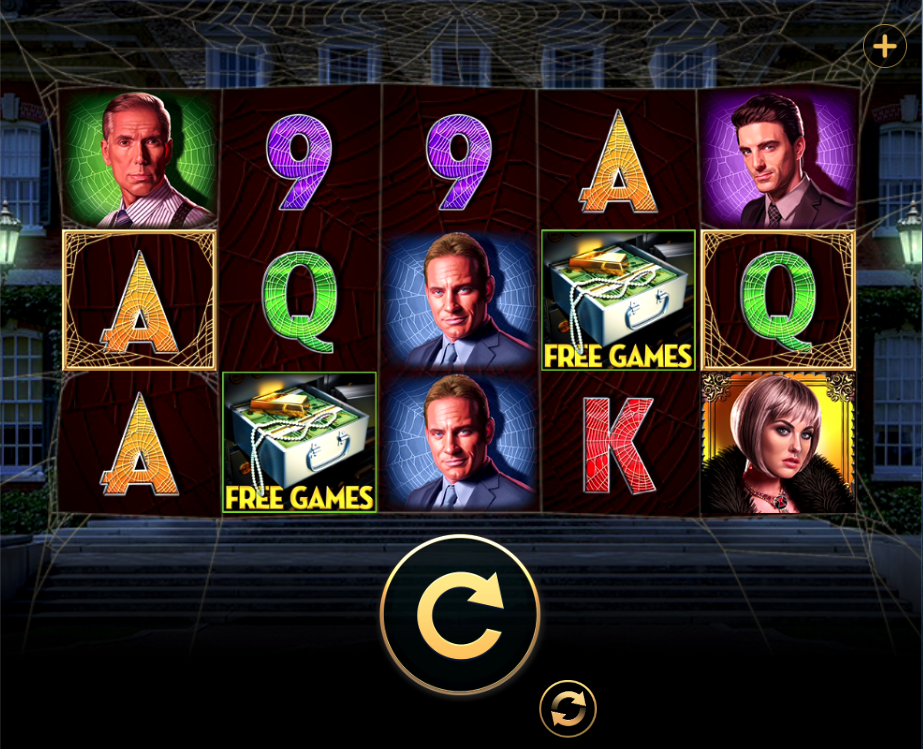 Ladies and gentlemen we may have a winner of the oddest theme for an online slot machine so far – it’s called Caught In The Widow’s Web and it narrates the tale of a femme fatale and the men who answer her call. It’s developed by High 5 Games and it offers players free spins and the scatter capture feature.

Caught In The Widow’s Web is a five reel slot with three rows and sixty fixed paylines; a metaphorical spider’s web surrounds those reels, supporting them against a backdrop of a large house.

The high value symbols include the widow and the three three gents caught in her web while 9, J, Q, K and A represent the lower values.

The ‘Wild’ in the web is wild and it will replace all standard symbols to help form winning combinations; the box of cash is the bonus symbol.

The centre positions of reels one and five are surrounded by frames and if two matching high value symbols or wilds land there then all other matching ones on the reels pay out as scatter symbols.

Landing three of the cash boxes on reels two, three and four will trigger this feature and award 7, 9 or 11 free spins respectively; unfortunately it’s not possible to trigger any more spins from within this round but the Scatter Capture feature can still be activated with the same prize levels as in the base game.

Caught In The Widow’s Web may have an odd theme but it’s very much a High 5 Games slot in terms of design and gameplay; the Scatter Capture feature adds a dash of innovation to proceedings.