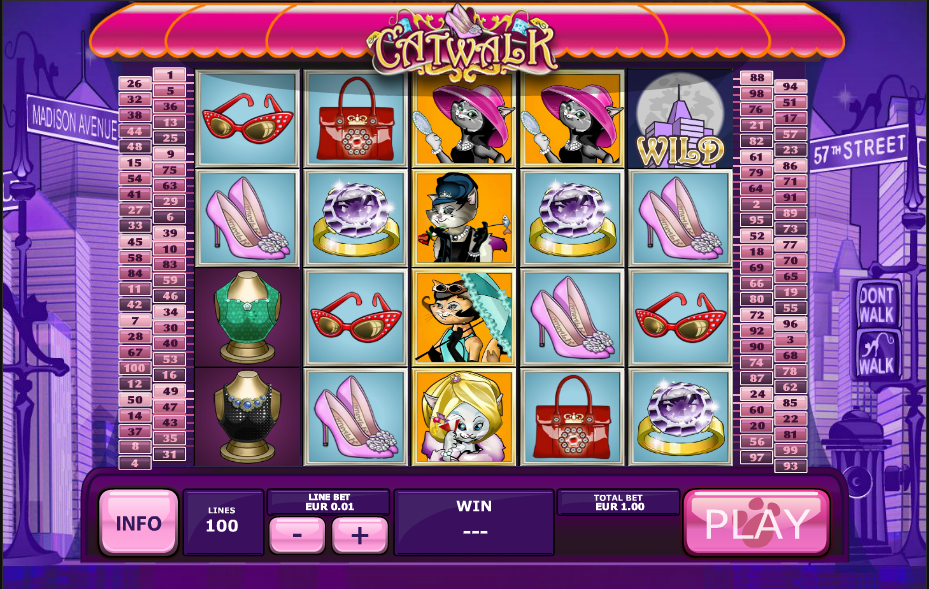 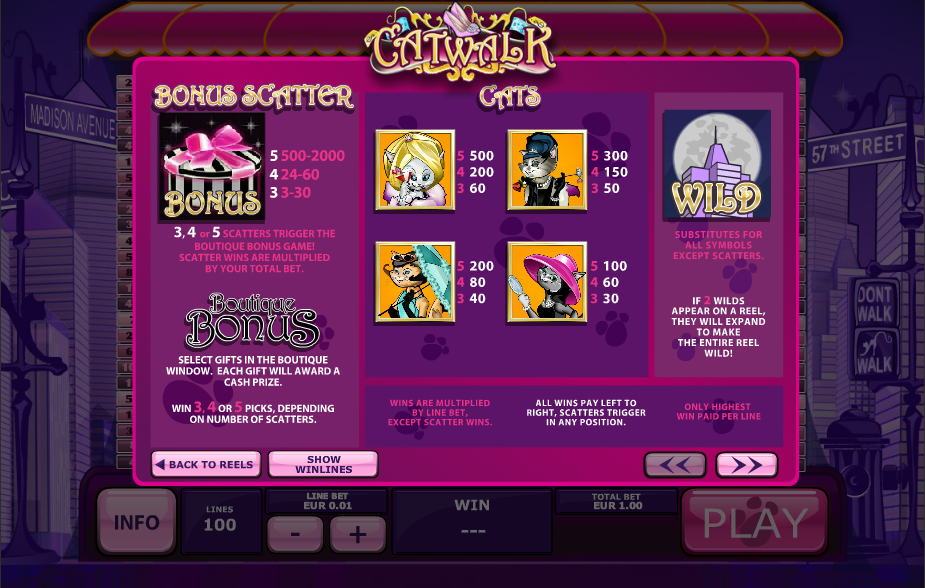 Everyone likes cats don’t they? Well perhaps not everybody but we do and that’s why we’re always happy to check out a brand new cat-themed online slot. This one is from Ash Gaming, it’s called Catwalk and it follows our feline friends as they shop and accessorise at expensive New York boutiques.

Catwalk plays out over five reels and a massive one hundred paylines and those reels are set under the pink awning of an upmarket boutique. The backdrop to the game is a New York street scene with signs to Madison Avenue and 57th Street visible. The sound effects are some largely unintrusive street noises so you can keep the volume on.

The main symbols are split into three categories as follows:

Special symbols include the moon behind the skyscraper which represents the wild and a black and white hat box which is the scatter.

The wild symbol appears on all reels and acts in the normal way but if you can land two on the same reel they will make that entire reel wild. That means you will have lots more opportunities to create winning combos on that spin.

Each hat box is worth a random prize amount proportional to your line stake.

Catwalk is a pleasant enough diversion, especially for cat lovers, but we would have liked to have seen a slightly more creative bonus round to aim for. It seems to get triggered pretty regularly though, which is a positive.