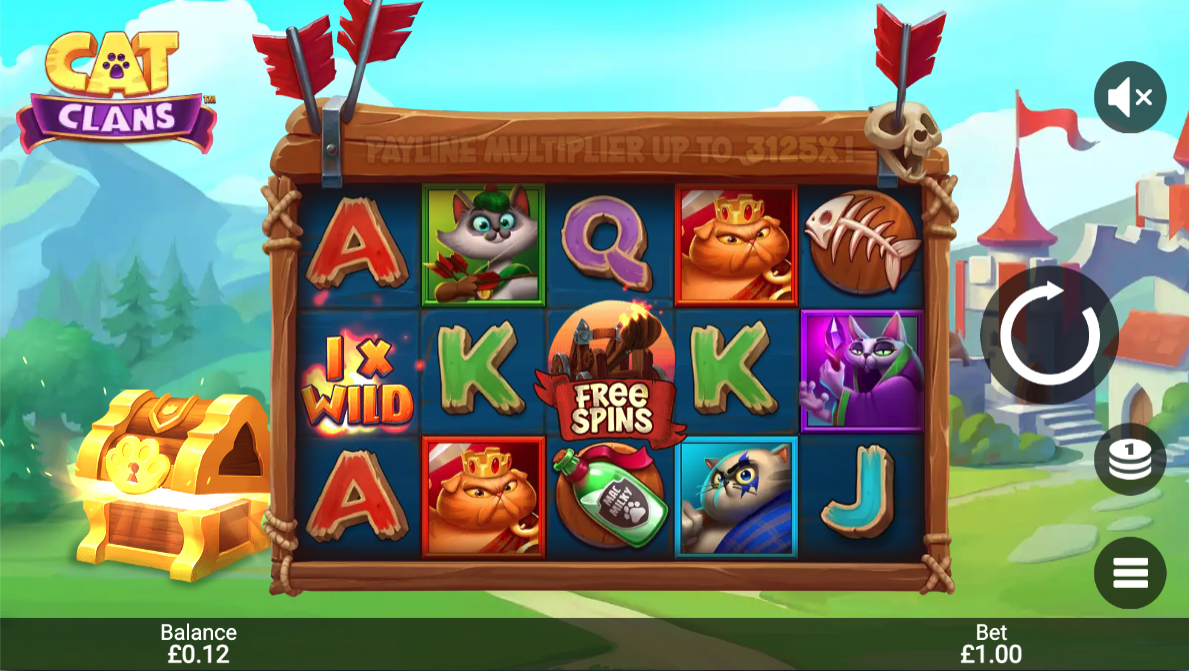 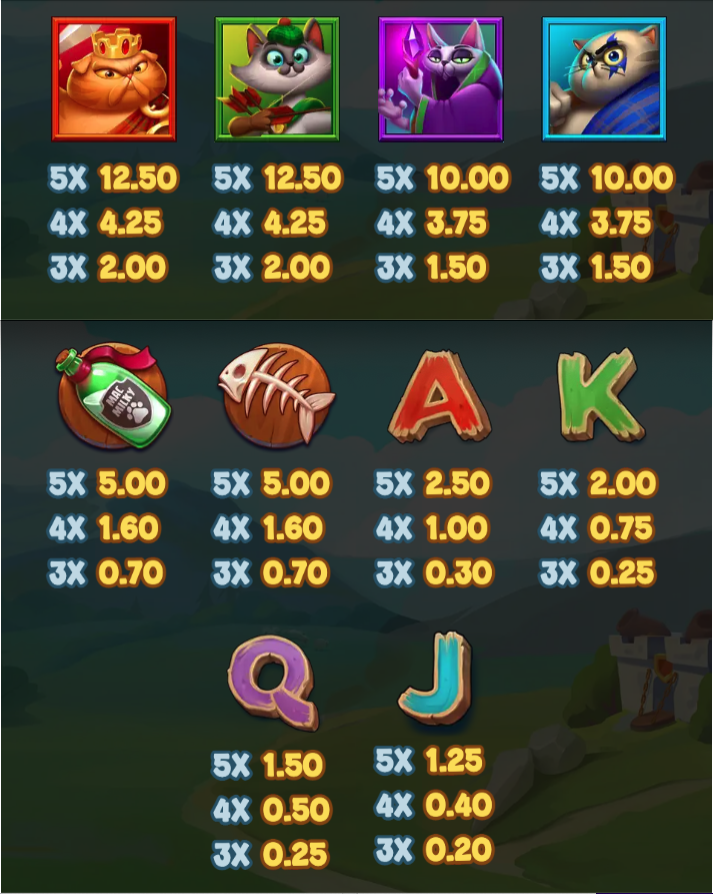 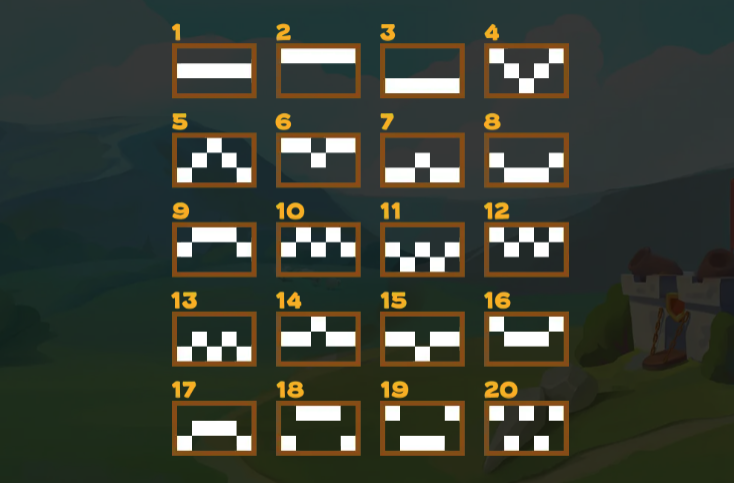 The feline world is a strange and mysterious one as any cat owner will know but we can shed a little light on our furry friends by trying out this online slot from Microgaming/Snowborn – it’s called Cat Clans and from £0.20 per spin it tempts players with Cat-A-Pult free spins, the Clan battle bonus and wild multipliers in the base game.

Cat Clans plays out on five reels and twenty fixed paylines and it’s set in some mountainous landscape where flags flutter from the turrets of well-kept castles and a glowing golden chest sits on the left hand side.

The higher value symbols are four cat leaders from the various clans and the lower values are a bottle of milk, a fish skeleton and J, Q, K and A. The bomb is wild and can land with a multiplier of up to 5x attached to jack up those wins a bit; the catapult is the scatter symbol.

This is triggered by landing three of the catapult scatter symbols anywhere on reels one, three and five and this is more of a respins round really in which you’ll start with three spins and they’ll be reset to three each time a wild bomb lands. Those wilds will then stick in place until the round ends and increase their attached win multiplier by 1x with each spin up to a maximum of 9x.

Look out for the golden paw symbol because when it appears on the reels in the same position as a cat there’s a chance the Clan battle will be activated. You’ll now receive five free spins with each cat allocated a multiplier of between 10x and 10,000x – the prize on the cat which lands the most during those spins will be applied to the stake and awarded.