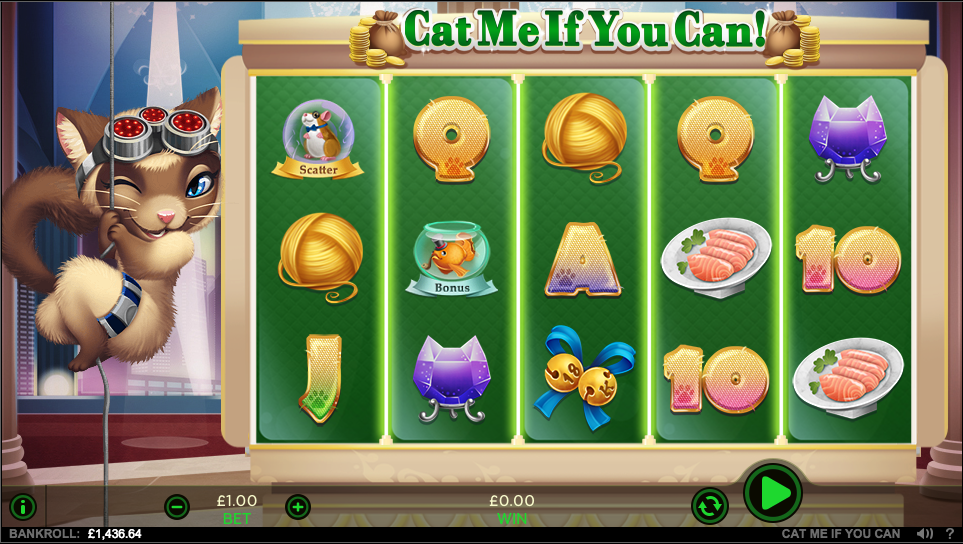 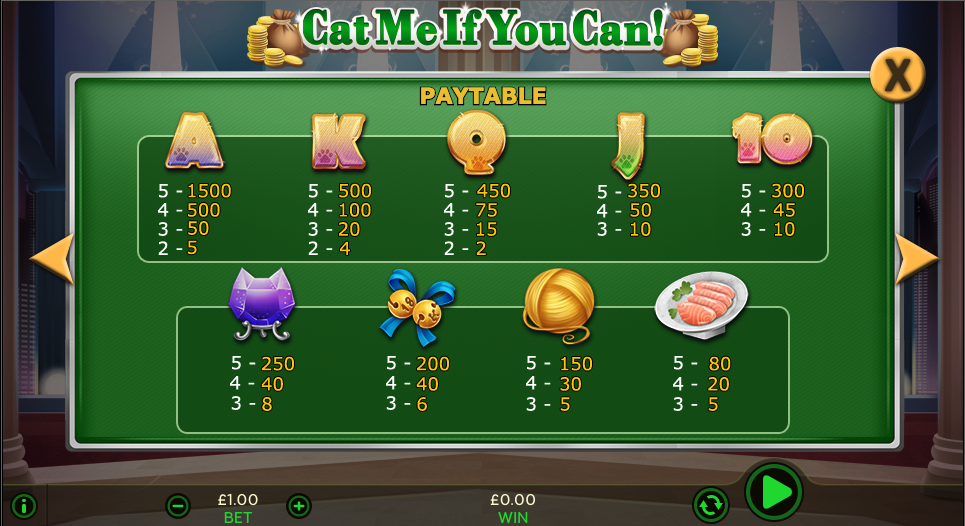 The combined theme of animals and crime is an odd one but not unknown in the corridors of online slot developers; Cat Me If You Can! is one more to add to the list and it’s developed by Random Logic/Section8 Studios. It involves a cat burglar and her attempts to obtain prizes by nefarious means.

Cat Me If You Can! is a five reel slot with three rows and twenty fixed paylines; those reels spin on a neat beige structure beside which our cat burglar swings on a slender rope, infrared goggles perched atop her head.

Some cat-related items represent the higher value symbols and these are a feline-shaped gem, cat bells, a ball of wool and a plate of fish; 10, J, Q, K and A make up the lower values.

The green and pink sprigs of catnip are wild and both will substitute for all others to help form winning combos except for the fishbowl and mouse scatter symbols. The pink wild only appears on reel three and will multiply any wins to which it contributes by 3x.

Cat Me If You Can Bonus Game

This is triggered by landing three of the fishbowl scatter symbols anywhere on reels two, three and four; you will now get to play a two stage picking game:

Your final prize is the total stake x the multiplier value x points gained from the file matching section.

Cat Me If You Can! doesn’t really offer a great deal of variety but it’s an oddly engaging slot nonetheless with some crisp graphics, a cheeky theme and an RTP of 95.66%. Check it out!