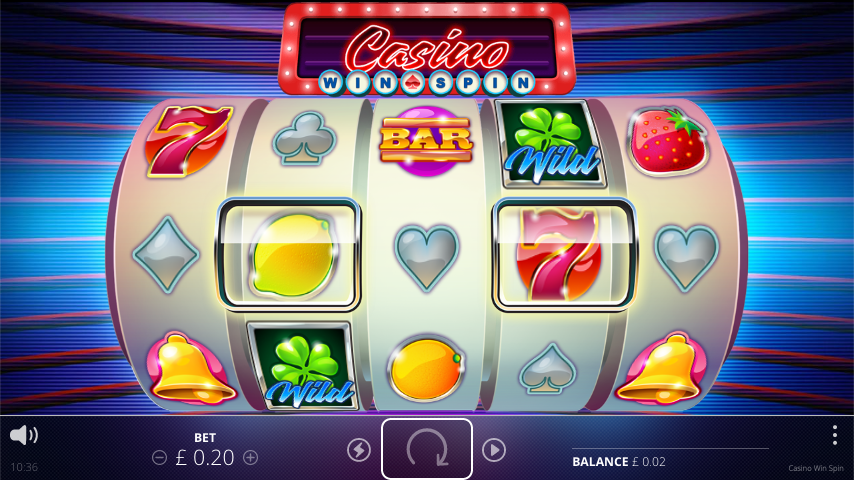 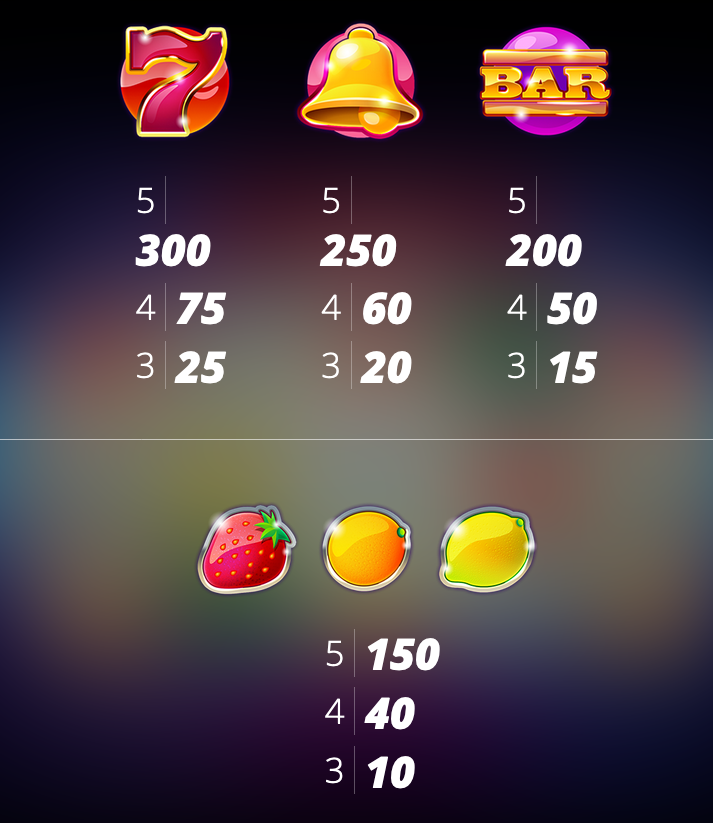 There’s a combination of traditional gameplay and clever wild features in this online slot machine from Nolimit City; it’s called Casino Win Spin and it offers players a variety of bonus features all based around the wildcard symbols.

Casino Win Spin is a five reel slot with three rows and twenty fixed paylines; the symbols spin on a cylinder of the type we’d see if a physical machine was completely stripped back and it floats in front of a stripey, blue and red backdrop.

The high value symbols are all familiar and include red sevens, golden bells, Bars and some fruit in the shape of strawberries, oranges and lemons; silvery playing card symbols represent the lower values.

The four leaf clover is wild and it will replace all others symbols to help form winning combinations.

The Win Spin Hot Zones are located in the centres of reels two and four and landing particular symbols or combinations of symbols in these areas will trigger various wild features:

Casino Win Spin is a clever slot which removes some traditional design elements and replaces them with interesting wild features along with lots of colour and action – we liked it!