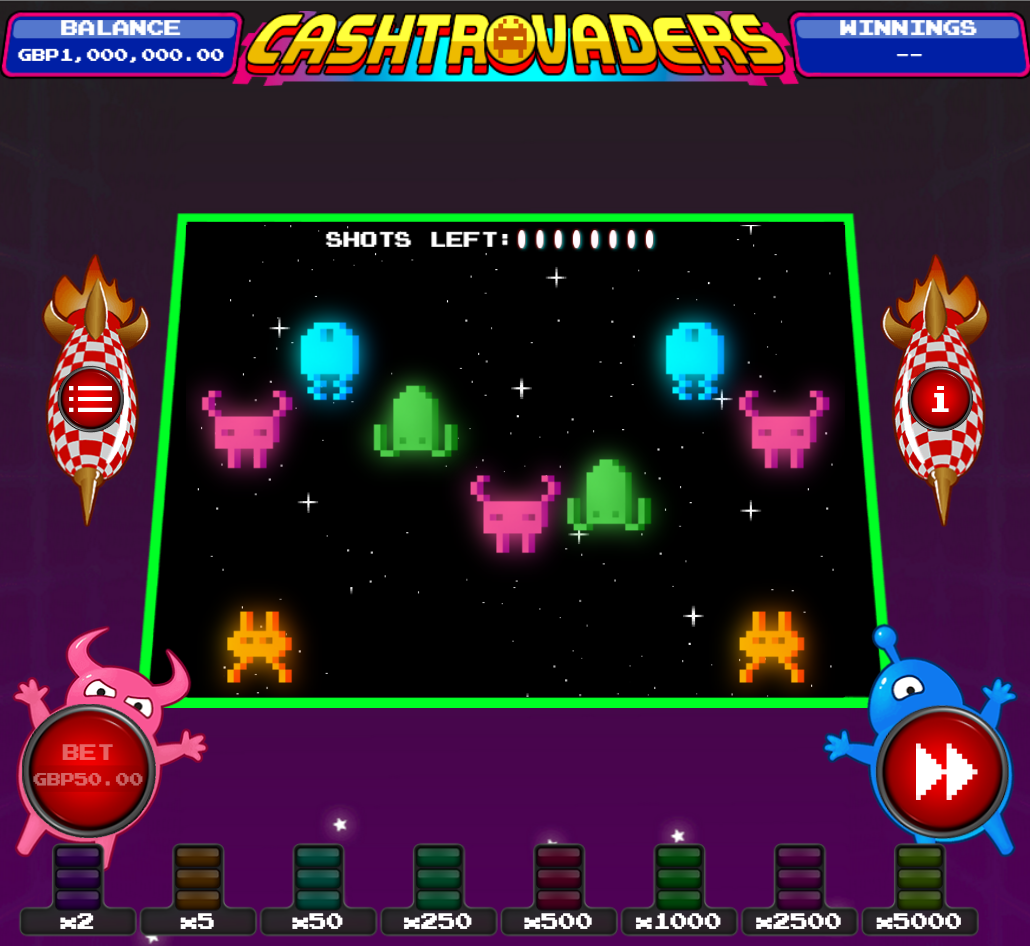 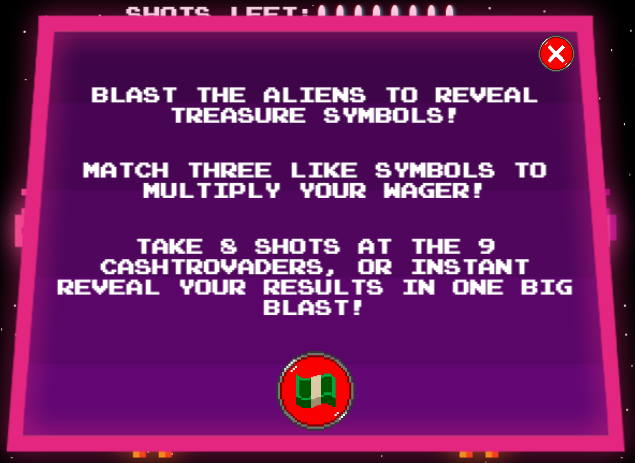 If you can see pixellated spacecraft in front of your eyes then perhaps you’ve taken a trip down memory lane to recount Space Invaders, Defender, Galaxian or one of the many similar but brilliant arcade games of that era. Or maybe you’re checking out Cashtrovaders, an easy-to-play eighties-themed game in which it’s possible to win some money. It’s developed by Inchinn Games on Odobo’s software platform and you can read all about it below.

Cashtrovaders is a combination of retro graphics and a money-winning opportunity and it all takes place against a backdrop of a vertically scrolling universe. The aim of this game is very simple – click on the aliens which maraud around the screen and try to find at least three of the same colour for a win. At the bottom of the screen are the various amounts you can win by collecting three of a particular colour. 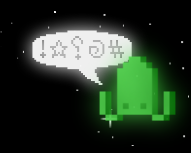 Choose your starting stake and then just press the big red button in the bottom right hand corner; you now have eight shots (clicks really) to target eight aliens and each will drop a coloured coin which fills up one of the lower segments. There are nine aliens and the one which survives will curse you in a strange language.

That’s really all there is to it – if you’ve managed to collect at least three of one colour you will win your stake multiplied by that amount. The biggest win is 5000x.

If clicking the aliens is a little too energetic for you then why not use the Autoplay feature? Choose to play up to 200 games in a row and watch as the aliens are despatched automatically.

Cashtrovaders is an entertaining time-waster which will have those of a certain age reminiscing about the early days of video games. It may not keep you busy for too long but it’s worth checking out.