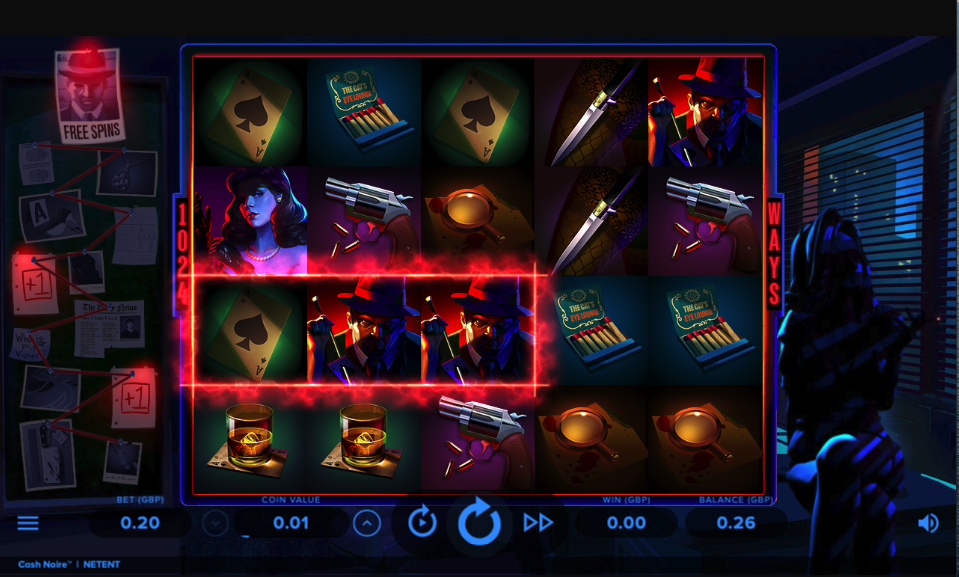 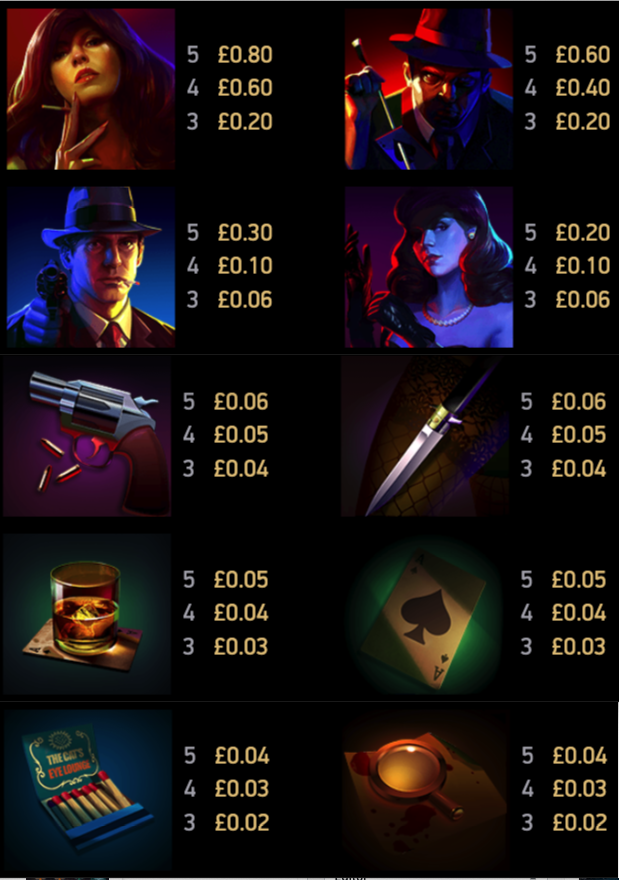 The inspiration behind this online slot from Net Entertainment is a 1930s detective agency in some unnamed American city – it’s called Cash Noire and it tempts players with the promise of Avalanches, Mystery Symbols, Free Spins and a Crime Zone where clues can be collected.

Cash Noire is a five reel slot with four rows and 1024 ways to win; the setting is the interior of the gloomy office of our PI in which a mysterious femme fatale sits smoking on by the window.

All the symbols in Cash Noire are related to the theme and include four characters from this story, a pistol, a dagger, a glass of liquor, a playing card, a matchbook and a magnifying glass. There are no wild or scatter symbols in this game.

Any symbol in a winning combination will disappear and be replaced by more falling in from above – more wins may then be created which will continue the process.

The safe is the Mystery Symbol and if there are no wins it will transform itself into a random standard symbol; however if it appears in the Crime Zone (see below) then all positions in that zone will turn into a matching symbol.

The Crime Zone is always present on the reels and starts off as three connected positions; when a win is created which crosses into the Crime Zone then every winning symbol there will highlight an item from the Clue List (to the left of the reels). Highlighting these clues within the same spin will slowly increase the size of the Crime Zone as follows:

This is activated via the Crime Zone and the setup always includes a five position Crime Zone; during this feature any winning symbols in that Crime Zone will move you around a map of the city picking up extra free spins and win multiplier increases. Reaching the last point on the map will award three extra spins and a 10x multiplier.

Cash Noire looks amazing and does a great job of immersing us in the hard-boiled world of a pre-war private eye; the features are innovative and clever but note that this is a very low variance slot (as many are which come with the Avalanche feature or similar). Hit the wins and it’s all good but a succession of non-winning spins can become frustrating.