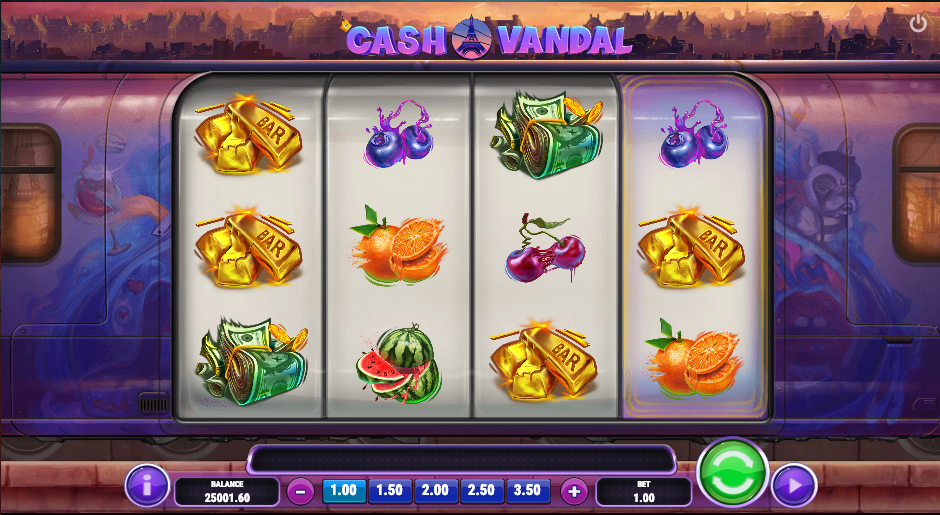 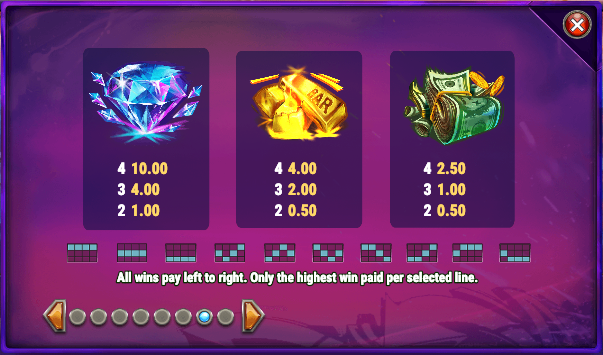 Join us now as we take a crime-fuelled trip through European cities with our spray can in hand as we play Cash Vandal, an online slot from Play N Go which whisks us across the continent, dishing out various themed features along the way.

Cash Vandal is a four reel slot with three rows and twenty fixed paylines; the gameplay takes place on the side of a graffiti-adorned train with a metropolitan skyline visible in the background.

The symbols are a familiar bunch and include diamonds, gold bars, wads of banknotes, oranges, watermelons, cherries, plums and raspberries.

The wild is a graffiti tag which will substitute for all other symbols to help form winning combinations except for the golden spray can scatter icon.

The following mini-bonuses can occur on any base game spin:

This is triggered by landing the golden spray can on reel four and one red spray can anywhere else; depending which city you’re in, one of the following three features will be triggered:

This is where the travelling begins and it’s triggered by landing the spray can on reel four and either two or three red spray cans on the other reels which will trigger five or ten free spins respectively. You’ll get to pick which city the spins take place in with its accompanying feature and reel four will be completely wild.

There’s nothing to dislike about Cash Vandal because it comes with some great graphics, an interesting premise and a number of clever features tied to the intercity theme; ignore the rampant criminality and you’ll enjoy this slot.