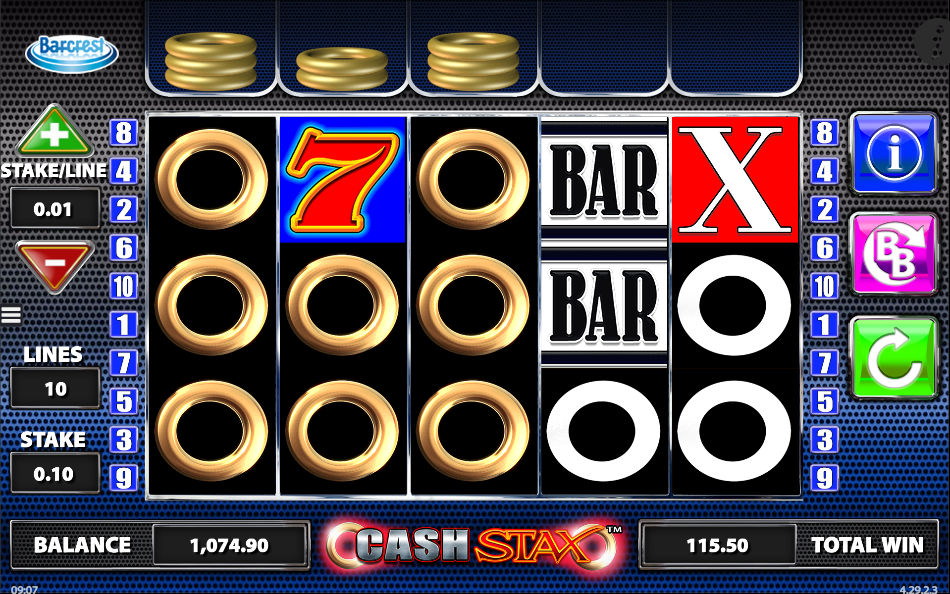 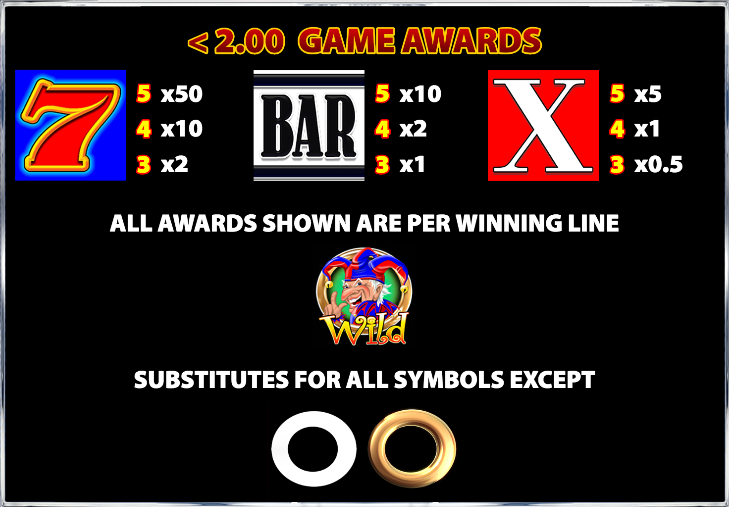 Online slots from Barcrest are generally very recognisable from their design and gameplay, being somewhat reminiscent of the physical machines we still see in arcades around the country. Cash Stax is one such game with big, clear symbols, Barcrest’s Big Bet and a creative bonus feature which is all explained in more detail below.

Cash Stax is a five reel slot with three rows and ten fixed paylines;  as we’ve already mentioned it’s got a distinctive Barcrest look with lots of bright colours and big traditional symbols.

There are just three standard base game symbols including red sevens, Bars and big, white Xs; the white circles are blanks and worth nothing.

The jester is the wild symbol and he can appears stacked on the reels, substituting for everything except the gold ring bonus symbols.

This is triggered by landing at least one golden circle scatter symbol in each reel on any particular spin; the number on each row is transferred to the space above and the total will be the number of free spins you are awarded – a maximum of 25 if all reels are full of stacked golden circles.

The spins will begin automatically and each further golden circle which lands will award an extra free spin; if you can land enough to fill up the meter to the right of the reels then your wins will be multiplied by 5x but this is quite tough to do. Once all spins are finished the round is over.

This is an optional extra which allows the player to pay a bit more and receive five spins on a set of reels with thirty paylines for bigger rewards. The free spins can also be triggered from here.

Cash Stax displays the quality and creativity of many Barcrest slots and it’s well worth checking out; the RTP increases to 98.14% by using the Big Bet so why not give it a go?