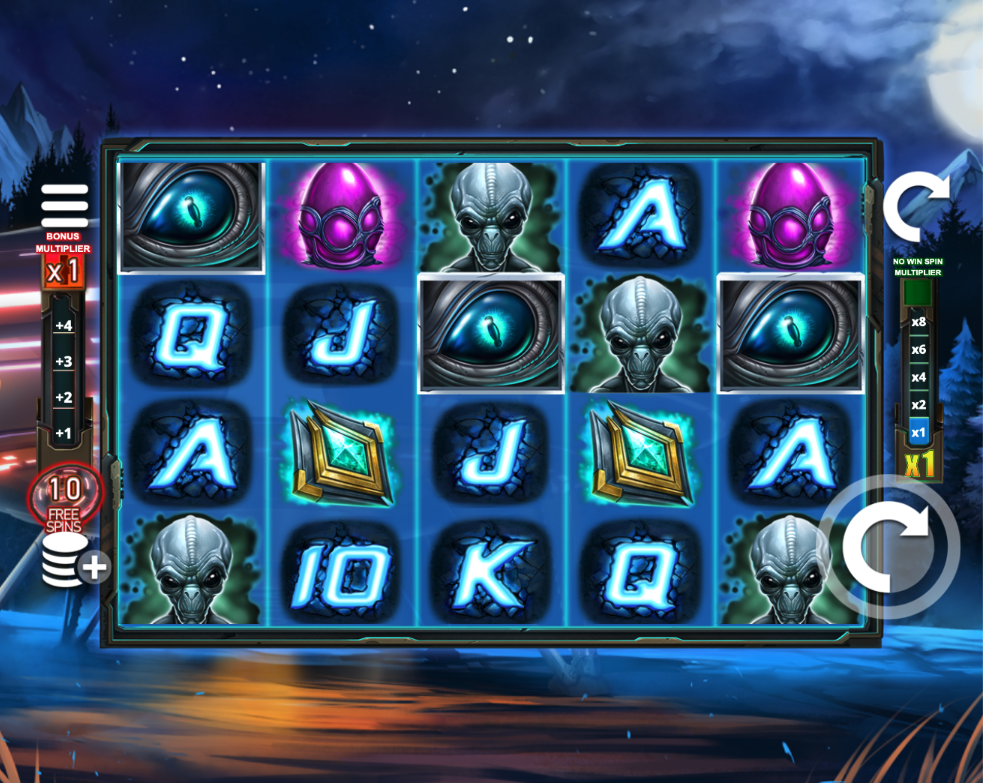 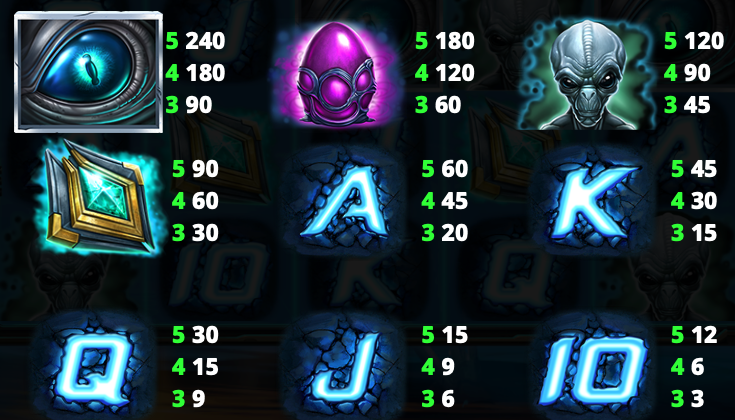 Aliens have landed in some remote corner of the earth where the mountains meet the sky and they’re here as part of Cash Encounters, this online slot machine from Leander Games which, from £0.60 per spin, tempts players with multiplier wins, free spin and UFO wild features.

Cash Encounters is a five reel slot with four rows and thirty fixed paylines although this is effectively doubled because the lines pay in both directions; the forests, mountains and clear skies of this remote area form the backdrop to those reels which float in from of the aliens’ spacecraft.

High value symbols include the alien eye, the purple egg thing, the alien and some sort of jewel object; 10, J, Q, K and A represent the lower values. The alien claw is wild and the UFO is the scatter which activates the main feature.

Each multiplier segment in the blue meter to the right of the reels is filled by spinning four consecutive, non-winning spins; that multiplier is then applied to the next winning spin. The meter then resets to 1x.

Each red flying saucer which lands in the base game will slowly fill the red meter to the left of the reels – it takes four to fill up each segment and the multiplier will increase by 1x also with each full segment.

Landing at least three of the UFO scatter symbols anywhere in view will award ten free spins plus however many more you’ve collected in the UFO meter along with the increased multiplier value. Ten more spins can be won by landing three more UFOs during this round.

During this round you’ll also get to experience cascading reels in which winning symbols will disappear and be replaced by more falling in from above – each cascade will increase the win multiplier for that spin.

On any spin the red UFO may swoop across the reels and turn whole reels or groups of symbols wild.

Cash Encounters is one of those odd slots which make you want to land non-winning spins so that the multiplier increases for the next win; this counter-intuition is all part of the fun though and there’s a lot more going on here with the wild features and extra free spins. We liked it!