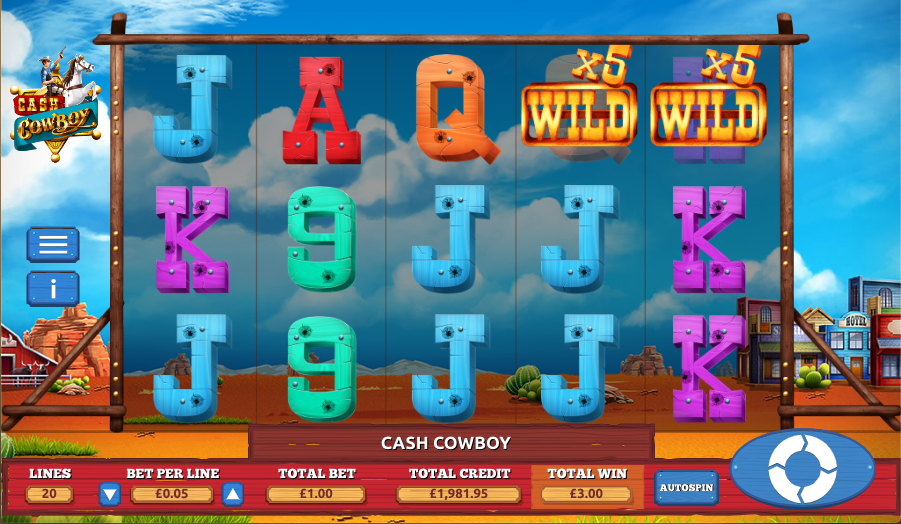 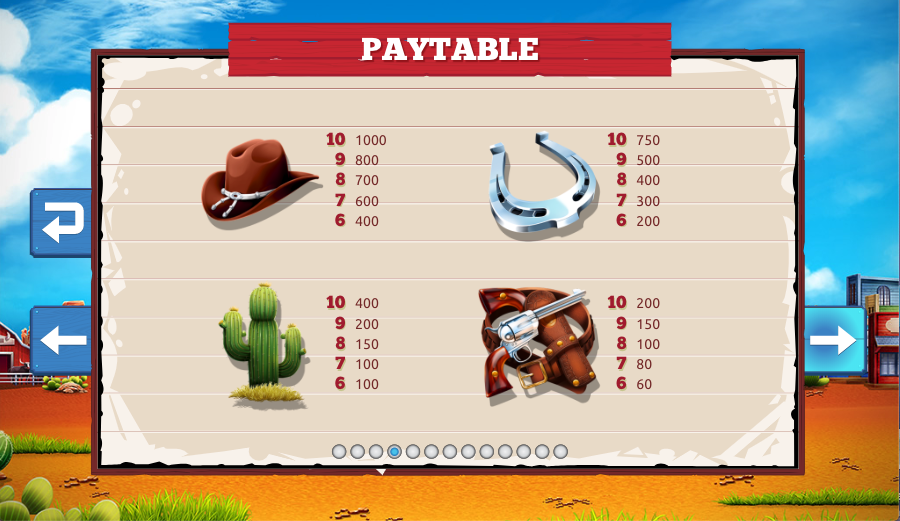 The Old West is a veritable goldmine of a theme for online slots developers and here we have one more in the shape of Cash Cowboy to add to the list; it’s developed by The Games Company and it comes with a saloon-load of wild features.

Cash Cowboy is a five reel slot with three rows and twenty fixed paylines; the wooden gate to a corral forms the frame to those reels while the dusty Western town squats in the background under a hot, blue sky.

The theme-related high value symbols include a ten gallon hat, a silver horseshoe, a cactus and a pistol/holster combo; 9, 10, J, Q, K and A make up the lower values.

The branding iron is wild and it will substitute for all others to help form winning combos except for the sheriff’s star bonus symbol and the five star bonus icons on reel five (explained below).

Occasionally in the base game the cowboy will ride across the bottom of the screen and award one of the following mini-features:

This is triggered by landing two Sheriff’s stars on reels one and three and a feature star on reel five – the feature star determines which of the following five bonuses are awarded:

There’s lots to like about Cash Cowboy, not least the huge number of features and reel modifiers which seem to hit quite regularly; it’s a very playable addition to the posse of cowboy-themed slots already out there and it comes with an RTP of 95.57%.