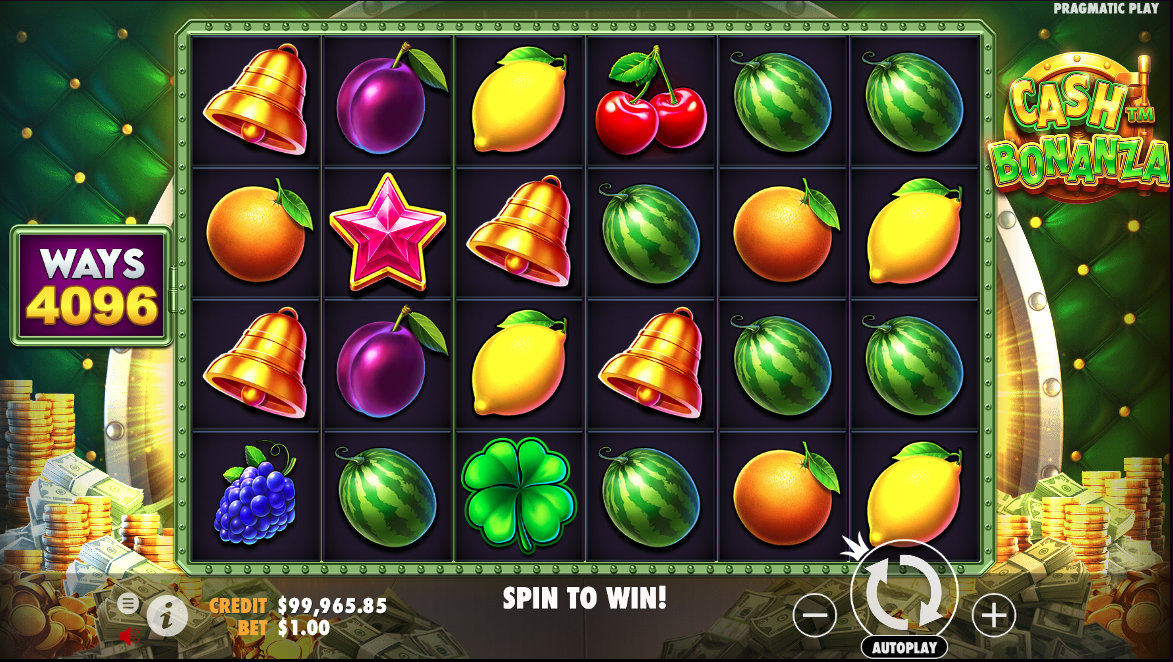 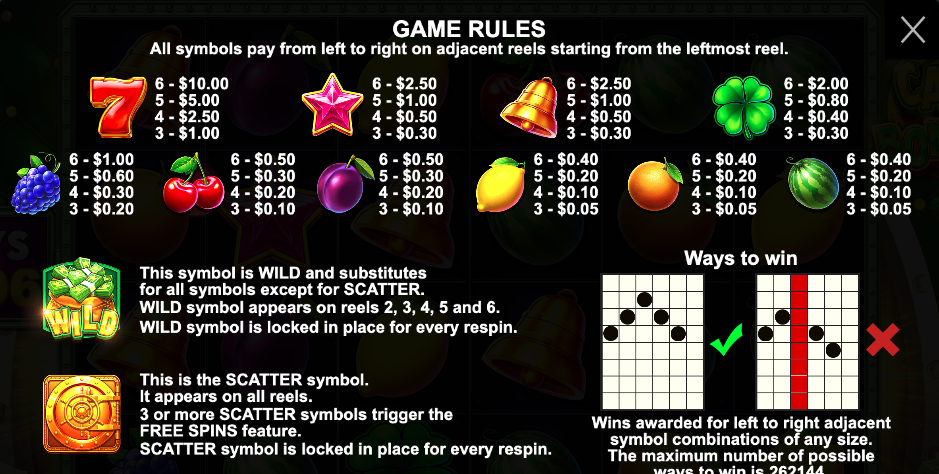 Every now and again we encounter an online slot machine with an entirely new gameplay mechanic and Cash Bonanza from Pragmatic Play is just such a game – we’ll explain how it all works a bit further down but aside from that innovation there are also free spins to aim for from just £0.20 per spin.

The backdrop to those six reels appears and 4096 initial paylines to be the entrance to some glowing safe who’s walls are lined with green upholstery; piles of cash and gold coins bask in the light emanating from the vault entrance.

The symbols are fairly standard and include red sevens, pink stars, golden bells, four leaf clovers, bunches of grapes, cherries, plums, lemons, oranges and watermelons; the pile of cash is wild and the safe is the scatter symbol.

Well this is what Cash Bonanza is all about and it’s a clever gameplay mechanic which can result in up to 262,144 ways to win (that’s 144,495 more than BTG’s popular Megaways setup, we’ll have you know!).

The base game starts with four rows on each reel but the action kicks off whenever there’s a winning combo landed – those symbols, plus wilds and scatters, will lock in place and an extra row will be added to each reel they’re on. Multiple symbols on the same reel will add multiple rows up to a maximum of eight.

If any of those combos are extended on the respin or any new ones formed then we carry on locking and increasing the number of rows until there are no more wins – the total payout is then evaluated and the reel size reduces back to the starting height.

Landing at least three of the gold safe scatter symbols anywhere in view through normal gameplay or during the Increasing Ways Respins will award an initial eight free spins plus four more for each additional scatter.

The number of rows/paylines on the triggering spin is how the spins start and they’ll increase in the usual way but they won’t reset between spins. On each spin the win multiplier increases by 1x on each respin and this accumulated multiplier is applied to that spin only before resetting.

Two more scatters will add an extra four free spins plus four more for each additional scatter on that spin.