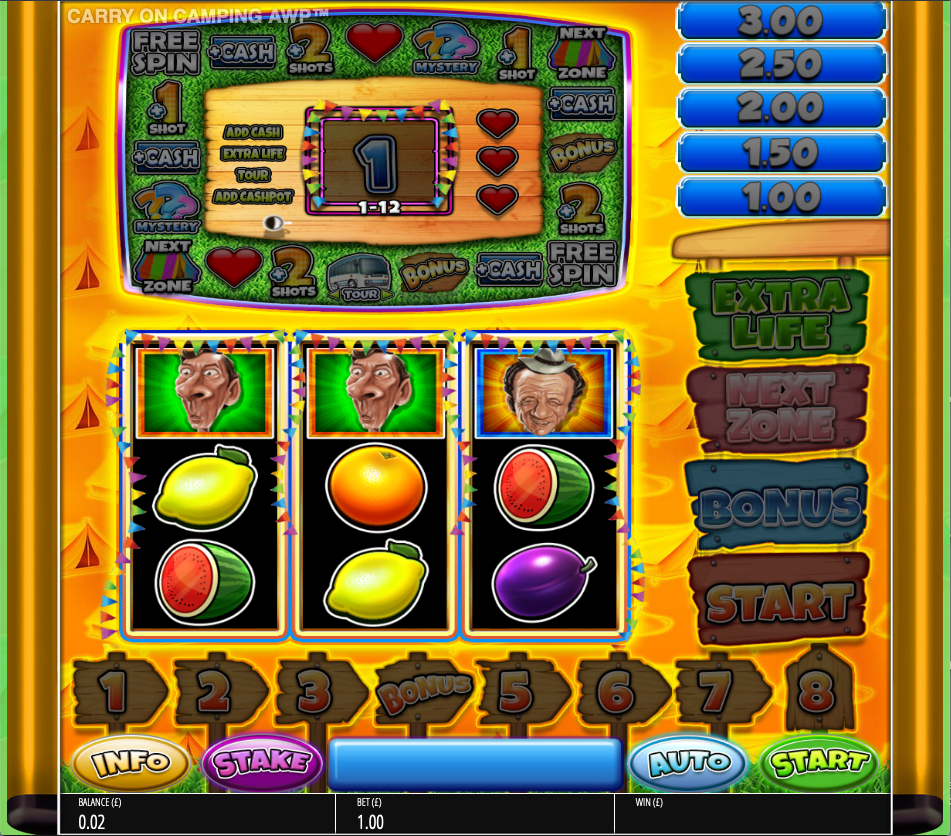 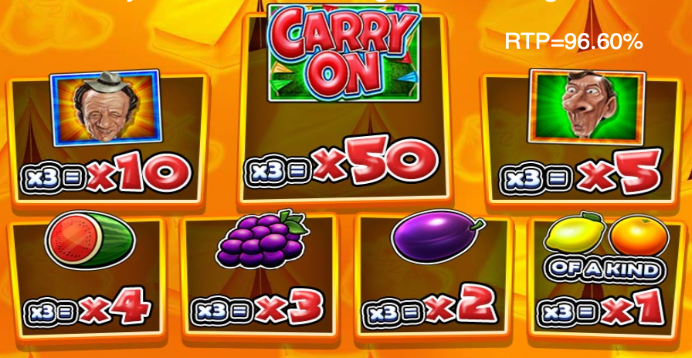 Carry On Camping was quite possibly the pinnacle of the hilarious/dreadful Carry On series of films developed mostly in the 1960s and 1970s and so it clearly deserves its own online slot machine; this one is developed by Blueprint Gaming as part of their Pub Fruit series and its three reels hide a multitude of fruit machine-style features.

Carry On Camping is a three reel slot with three rows and five fixed paylines; just like a UK-style fruity the reels spin beneath the bonus area above while the trail area runs below. There are some great Carry On sound effects to accompany your gameplay.

The three high valule symbols are represented by Sid James, Kenneth Williams and the Carry On logo while the lower values are pieces of fruit including watermelons, bunches of grapes, plums, oranges and lemons.

The wild is a pan of eggs and bacon which will replace all other symbols to help form winning combinations.

All the features in this game start with collecting enough numbers attached to the symbols to make it to the Super Board; more than eight will get you there while exactly four will reach the Bonus on the trail which awards one of the following:

Once you’ve reached the Super Board above the reels one of the following will be awarded:

If you’ve decided to collect a feature they work as follows:

Reaching the top of the Cash Ladder will trigger the Carry On Camping feature automatically.

Carry On Camping is a slot which offers players as many bonus features as there were double entendres in the original film (more or less) but to start with the gameplay is all about colecting those numbers and reaching the bonus area; once you’re there the fun really begins!