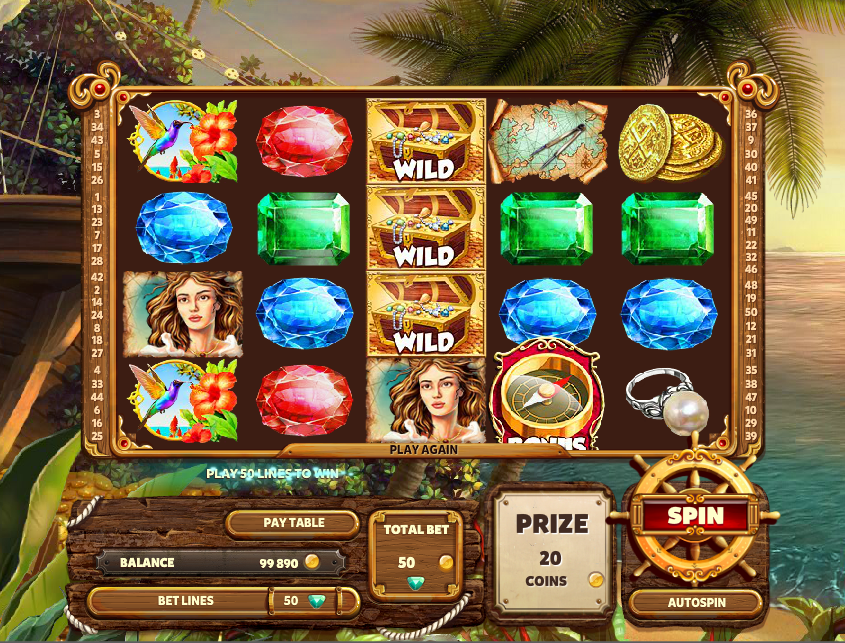 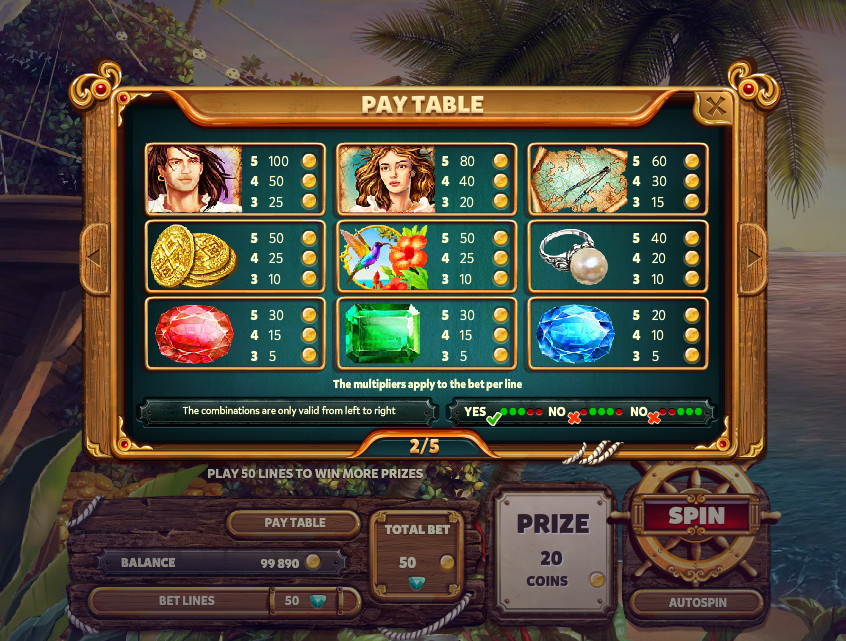 There was a time when the Caribbean was the place to be if you were looking for adventure and instant wealth – unfortunately it was also a time of violence, piracy and an early death if you stayed too long. Caribbean Treasure is an online slot which focuses on the more cheerful aspects of the subject matter, it’s developed by Red Rake Gaming and you can read all about it below.

Caribbean Treasure is a five reel slot with four rows and up to fifty paylines; those reels spin on an ornate wood and gold frame and the backdrop is a typically Caribbean view of calm seas, palm trees and the prow of a ship emerging from the left hand side.

There are six theme-related symbols and these comprise the male and female characters, a ragged map, a stack of gold coins, a colourful, hovering bird and a pearl ring; blue, green and red gems make up the three lower values.

The wild symbol is a treasure chest full of gold and gems and it appears stacked on all reels; it will substitute for all others except the bonus icon which is represented by a compass on reels one to four.

This is triggered by landing three or more of the compass bonus symbols on reels one to four and you will initially be taken to a screen displaying a map; just click ‘Stop’ and the compass will then point to your reward, five, ten or twenty free spins.

Caribbean Treasure is based on a theme we always like and it’s a decent slot to boot with some nice gameplay, enticing sound effects and an opportunity for some big wins if you can trigger the free spins.