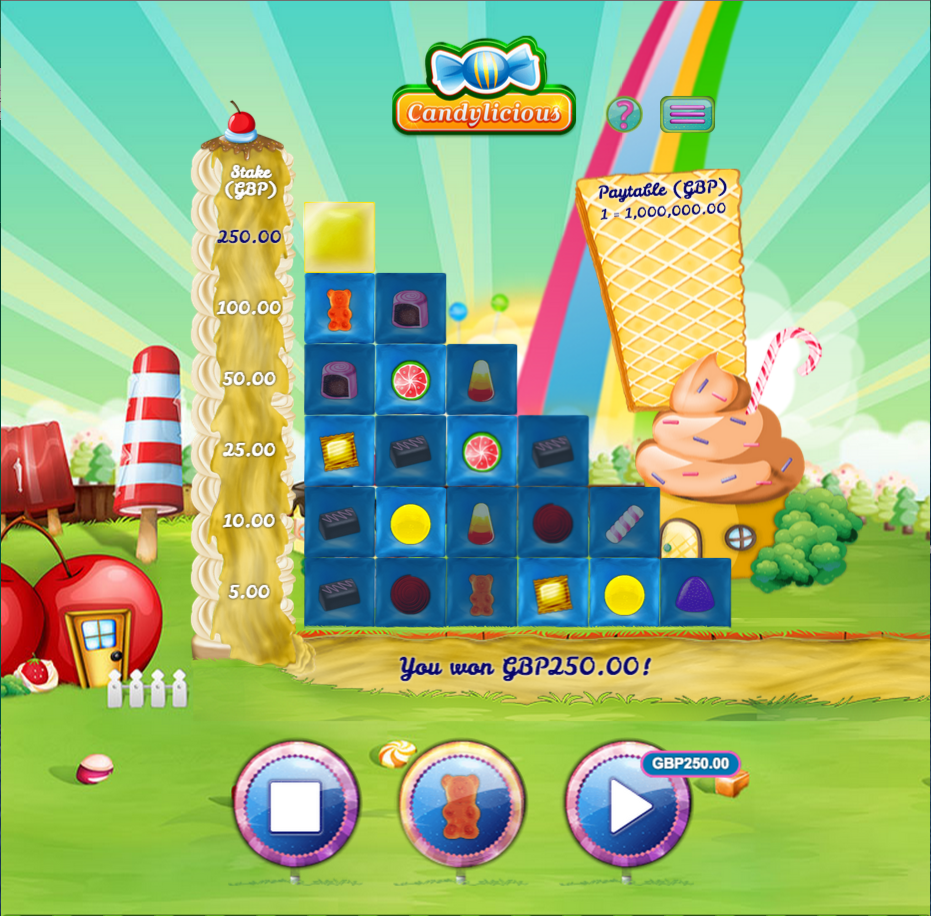 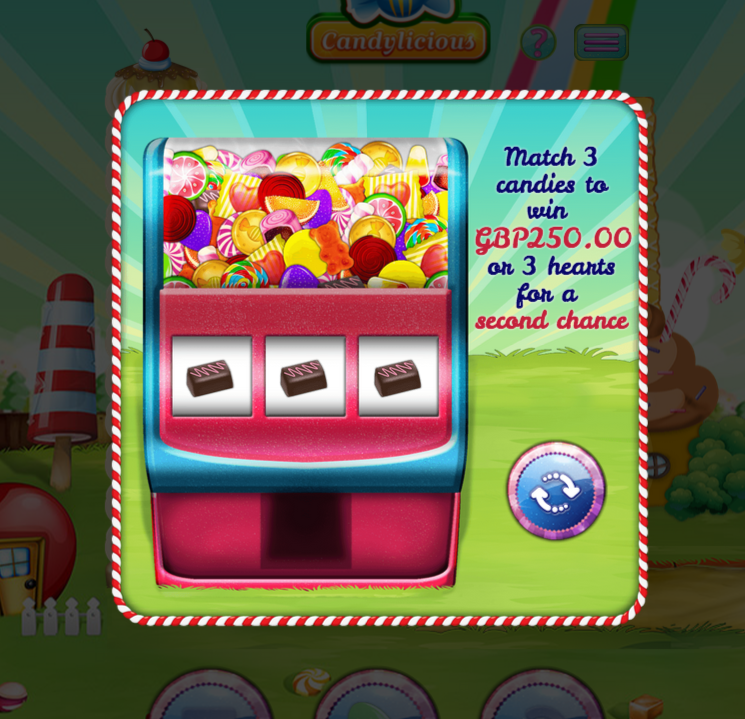 Some online games can be a little bit hard to categorise and that’s the case with Candylicious, a colourful game from Vermantia, developed on Odobo’s platform. We’ll file it under ‘Arcade’ but it has certain elements of an online slot to go with it’s candy theme – read the full review below for all the essential details.

As you can see from the screenshot above, Candylicious takes place on a stepped playing area with six positions at the bottom tailing off to one at the top. Each level has an associated stake which is on the left hand side and on the right is the paytable which changes depending on that level. The whole thing is set against the backdrop of a colourful fantasy landscape.

How To Play Candylicious

Candylicious is played one level at a time starting from the bottom and at each stage you are hoping to reveal a candy which matches the one in the centre circle below the reels. Before any go you can click this to change the candy – there are twelve in total. The payout for landing 1 – 5 is displayed in the paytable.

If you have a match you can either collect your winnings or play on with the new higher stake and shorter level. If you are unsuccessful you will lose any accumulated winnings.

On an unsuccessful spin you will be given the chance to spin the reels on a little three reel slot which can award a cash prize for three matching symbols or a second chance for three heart symbols.

The multicoloured candy is wild and will replace any other symbol; it also appears in the second chance game but doesn’t sub for a heart.

The golden candy triggers a little mini-game if it appears on a row and this is a 3 x 3 scratchcard which pays out for three matching symbols in a row.

Candylicious is an interesting idea and quite enjoyable to play although you do have to reach the fourth level for one matching symbol to equal the stake. The second chance game often rewards players with an extra go.