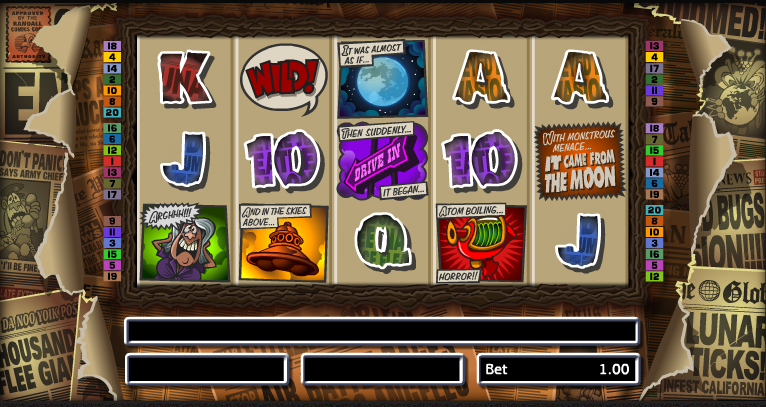 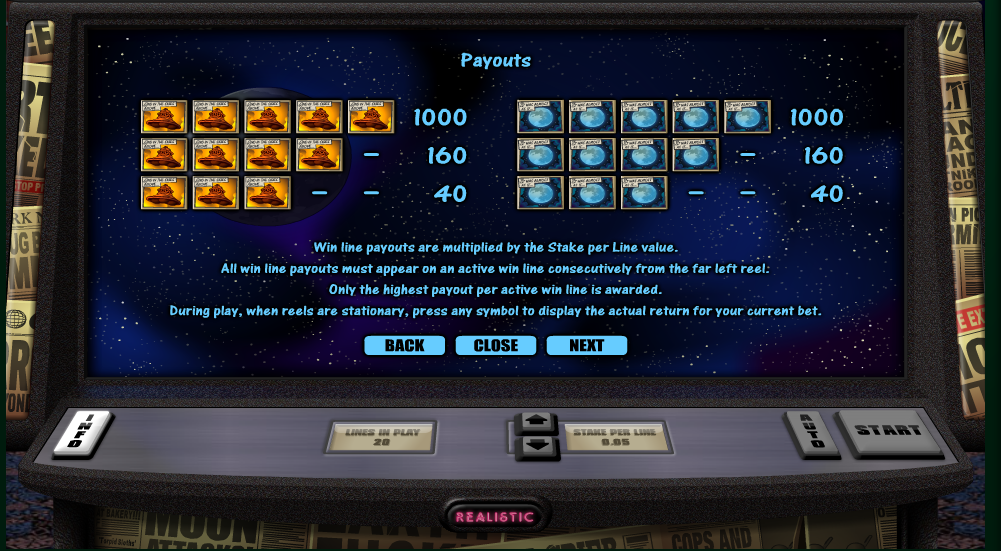 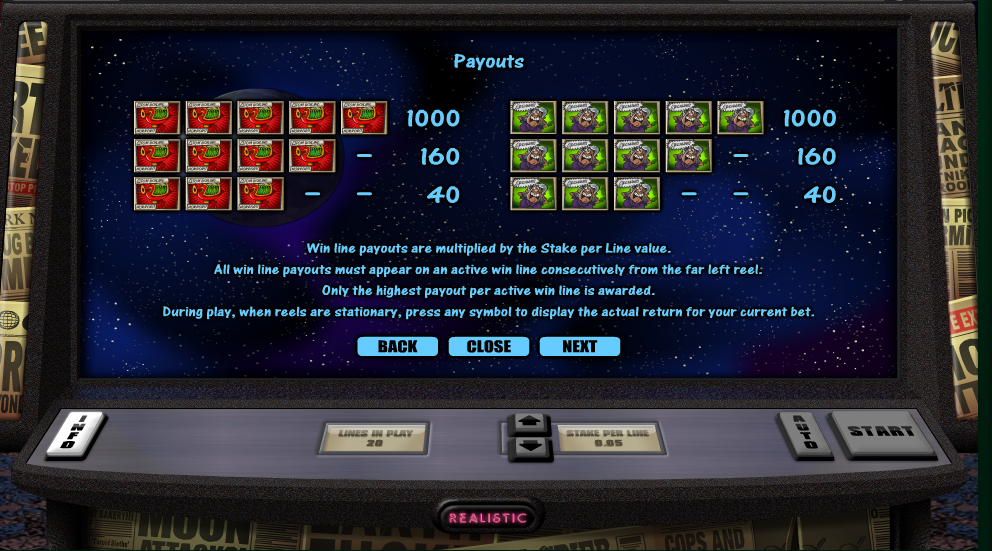 It Came From The Moon is an a new online slot from Realistic Games which takes it’s inspiration from those sci-fi B movies and comics of the 1950s & 1960s; a popular theme was the invasion of small town America by ray gun-wielding aliens and this slot captures the atmosphere of those movies brilliantly.

It Came From The Moon is a five reel slot with twenty fixed paylines and those reels are ripping through a selection of newspapers with invasion-announcing headlines. The lower value symbols are the standard playing card icons but the main symbols are fantastic comic strip squares with titles such as ‘Atom Boiling Horror’ and of course ‘Arghhh!!!’.

The wild symbol is a big ‘Wild’ and there’s a ‘Drive In’ scatter symbol which triggers the bonus feature.

The music comes straight from the movies themselves and it’s a dramatic score littered with the familiar high pitch whistles.

‘It Came From The Moon’ Bonus 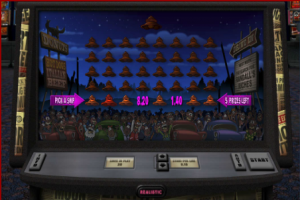 There’s just the one bonus feature in this slot but refreshingly it’s not a free spins round; three or more of the Drive In scatter symbols anywhere on the reels will trigger this game and you’ll be presented with a screen full of invading spaceships which reminds us of the original Space Invaders game.

Your task is just to pick spaceships from each of the five levels to destroy – each one will reward you with a prize but as soon as pick the Moon Bug you’ll move up to the next level.  The multiplier for level one is 2x and that builds up to 6x for level five.  When you reach the top you’ll fire at the mother sip for a final prize.

It Came From The Moon Online Slot Playing Tips

The paylines are fixed at 20 and the bonus game is potluck so there’s very little you can do to change the way this game plays.  If you’re brave, up the stakes to make the most of a big bonus win.

This game has a brilliant atmosphere generated by the comic strip style and appropriate music.  Ideally we’d like another bonus feature but it’s a great game with loads to recommend it. Give it a go.