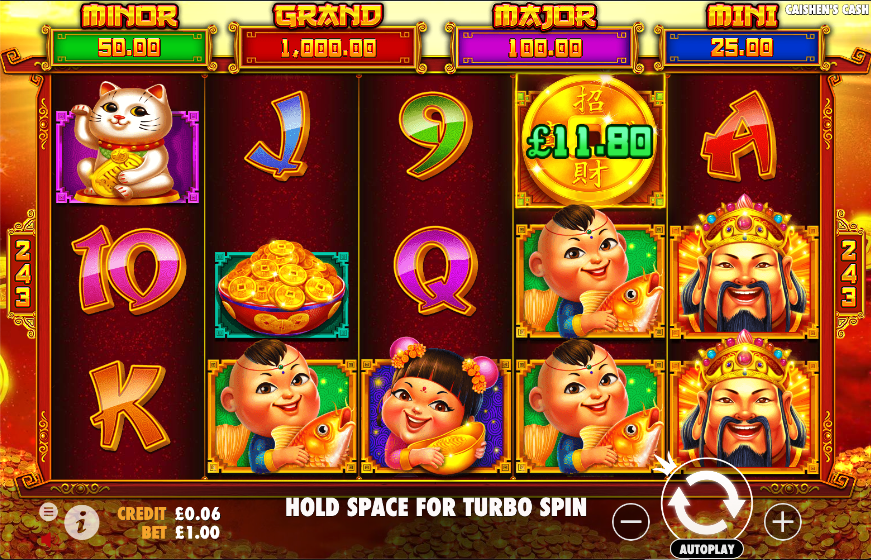 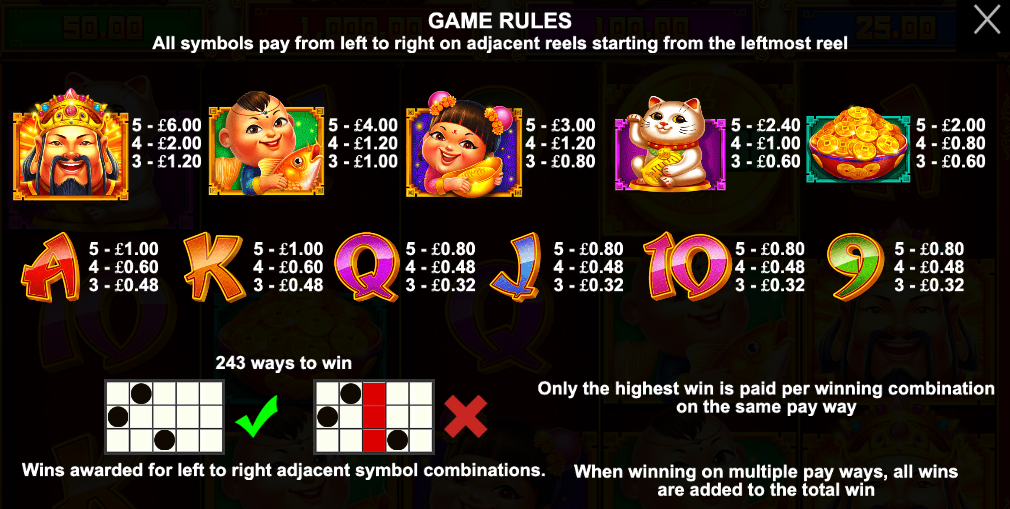 Fresh from his appearance in Caishen’s Gold, the Chinese God of Wealth returns in Caishen’s Cash, a sequel to the original online slot with some poshed-up graphics, jackpot prizes and two new bonus features – read all about it below.

Caishen’s Cash is a five reel slot with three rows and 243 ways to win; the backdrop to those gold-drenched reels is a landscape formed from gold coins while there’s an appropriately Chinese musical accompaniment to your gameplay.

The higher value symbols include Caishen, the two children from the previous slot, a Maneki Neko lucky cat and a bowl of gold coins; 9, 10, J, Q, K and A represent the lower values.

The wild is a big, gold ‘Wild’, it appears on reels two, three and four and it will substitute for all other symbols; the gold coin is the bonus symbol which activates the main feature.

There’s a chance the jackpot game can be triggered whenever a wild symbol lands on the reels; you’ll now play a picking game in which the aim is to match three symbols corresponding to the Mini, Major, Grand or Minor amounts shown above the reels.

This is triggered by landing at least six of the gold coin bonus symbols (which each display a cash value) anywhere in view and you’ll now get to choose between the following free spin modes:

Caishen’s Cash has enough differences from Caishen’s Gold to hold its own in the crowded genre of oriental slot machines; the Money Respin feature is probably our favourite but it’s all good fun.