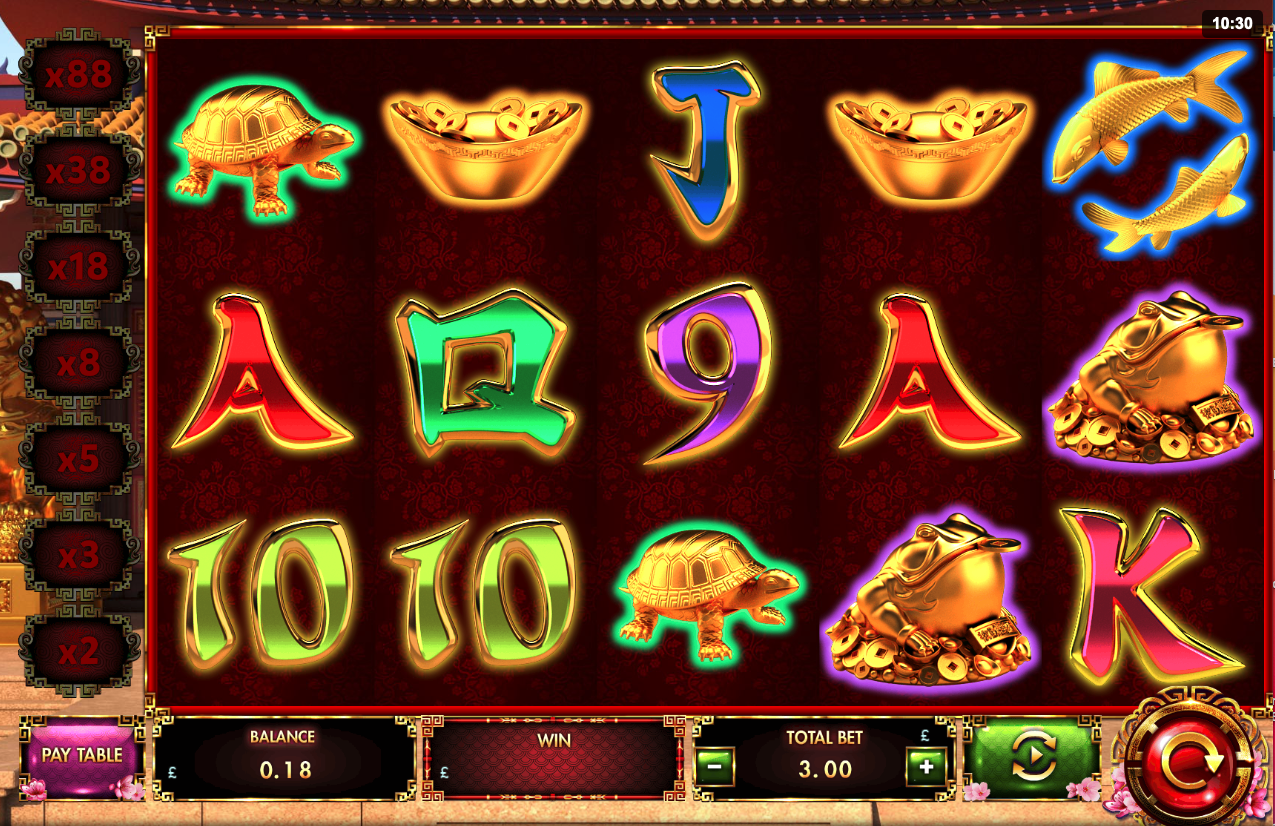 As all online slots fans will be aware Cai Shen is the Chinese god of wealth and therefore an ideal theme to inspire developers; this game is called Cai Shen 88, it’s from Red Rake Gaming and from £0.25 per spin it tempts players with four free spins modes and wild win multipliers.

Cai Shen 88 is a five reel slot with three rows and twenty five fixed paylines; golden lion statues guard the temple behind those reels and there’s a delicate Chinese soundtrack to accompany the gameplay.

The higher value symbols are all golden items including the Koi carp, the tortoise, the ingot, the toad and the pig; the lower values are 9, 10, J, Q, K and A; Cai Shen himself is wild and the Bonsai coin tree is the scatter symbol.

Landing at least three of the golden Bonsai tress anywhere in view will kick this feature off and award a spin of the wheel which will trigger the Chinese Lanterns mini game or one of four free spins modes:

The Chinese Lantern minigame takes place on a reel set containing only lanterns and blank positions; you’ll start with three respins and between three and five lanterns locked in place and each new lantern which lands will also lock and reset the number of spins to three again.

When the spins are over you’ll win the totals of all prizes shown on the lanterns and there are also Minor, Major prizes available; if all positions are filled the Grand Prize will be yours.

Cai Shen 88 is an enjoyable trip east in the company of one of favourite Chinese gods; the music and sound effects contribute to the entertainment here but the high point is landing a wild win with a nice high multiplier.