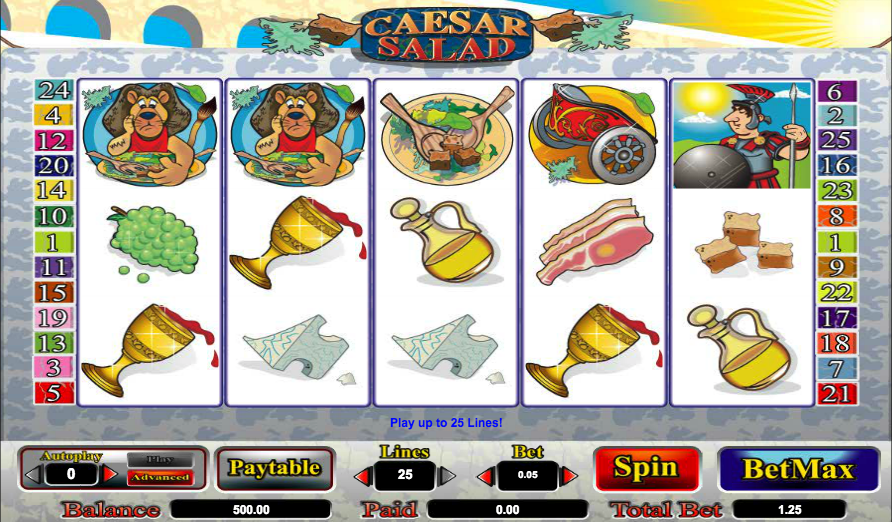 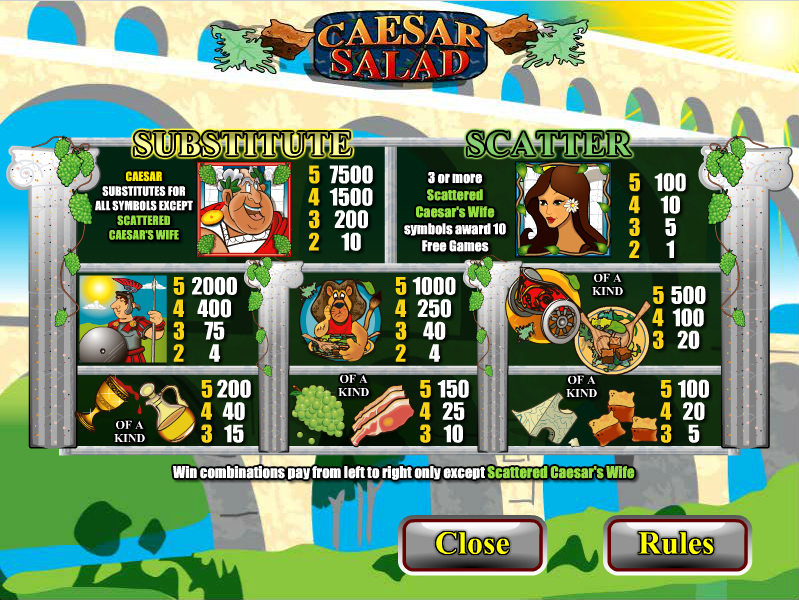 Caesar Salad is an interesting little online slot and one which appears to mix up it’s themes to suit the pun in the title. Hence we have elements of ancient Rome chucked in with some tasty salad ingredients and this looks like a game where the elements have been made to fit the title rather than the other way round. None of that matters of course is this is a good game so read our review below to find out if that’s the case.

Caesar Salad is a five reel slot with three rows and up to twenty five paylines and behind those reels we can just make out one of those famous Roman viaducts and a sunny blue sky. The sound effects are typical electronic slots noises.

All the base game symbols are related to the theme and include a Roman centurion, a lion pondering a salad, a chariot, a bowl of salad, a drinking vessel, an amphora, grapes, bacon, cheese and croutons.

Caesar himself is the wild symbol and he will substitute for all others except the scatter – that’s represented by Caesar’s wife and she’s the key to activating the main feature.

Caesar Salad has just the one bonus feature and it’s a free spins round which is triggered by landing three or more of the Caesar’s wife scatter symbols anywhere in view.

You will now receive ten free spins and all wins you land during this feature will be subject to a 3x multiplier. In addition it’s possible to trigger more free spins by landing three more scatter symbols during the spins. Happy days!

A terrible pun doesn’t always result in an engaging slot and Caesar Salad is rather basic compared to many newer slots. Give it a go if you like but don’t stay too long.