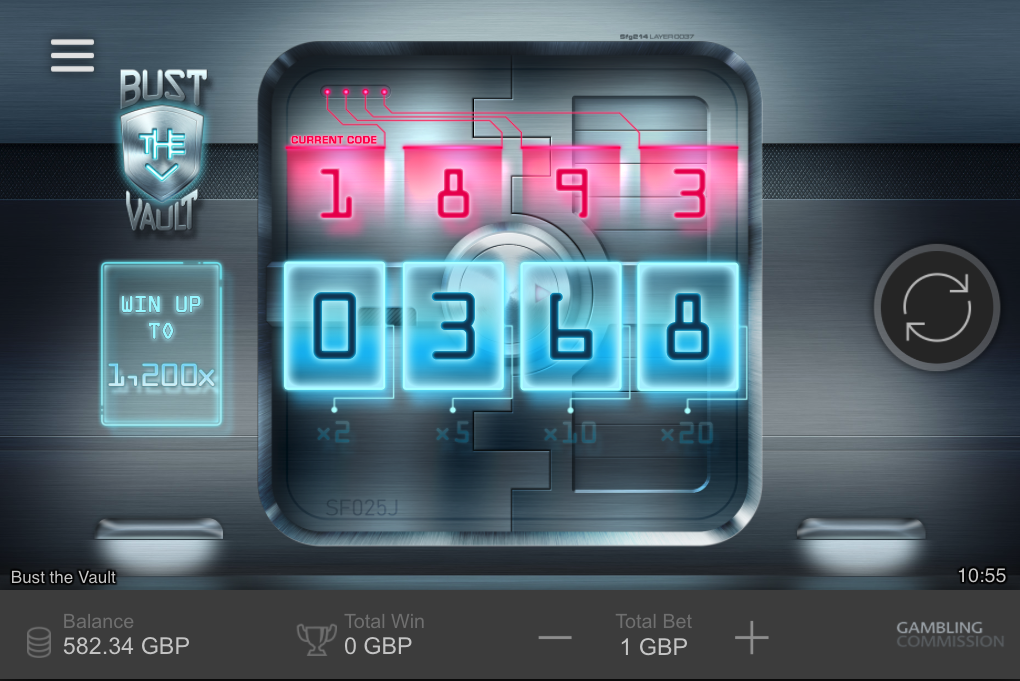 Here’s something a little different from Bet365 Originals – it’s a single payline online slot machine called Bust The Vault which places us in the position of safe crackers attempting to work out the correct combination. It’s a clever idea which also offers the chance to reach the multiplier wheel for prizes of up to 1200x the stake.

Bust The Vault has four reels, just one payline and one row and it takes place on the control panel of some futuristic safe – the main payline is the blue one while the red one above is the code we need to match to grab those bigger wins.

At this point we’d normally describe the various symbols in play but here the reels contain only the digits from zero to nine; there are no wild or scatter symbols in play at all.

On each spin the aim is to match the digits in blue with the red ones above starting from the left hand side for the following payouts:

Matching all four digits on the blue row with the red one above will activate this feature and award a spin of the wheel which has three sections; one section has a maximum multiplier of 3x, one is 4x and one is 5x. The multipliers are added up following the spin and applied to the 20x initial win from the four digit match. The maximum win is 1200x which is 3x4x5 multiplied by 20.