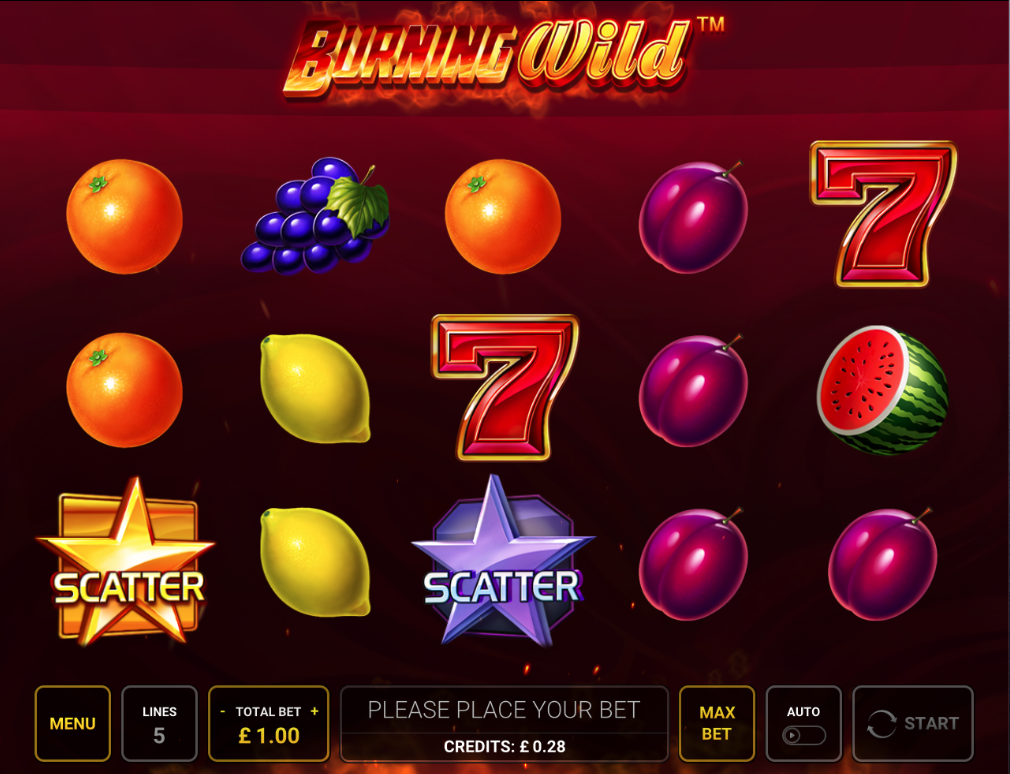 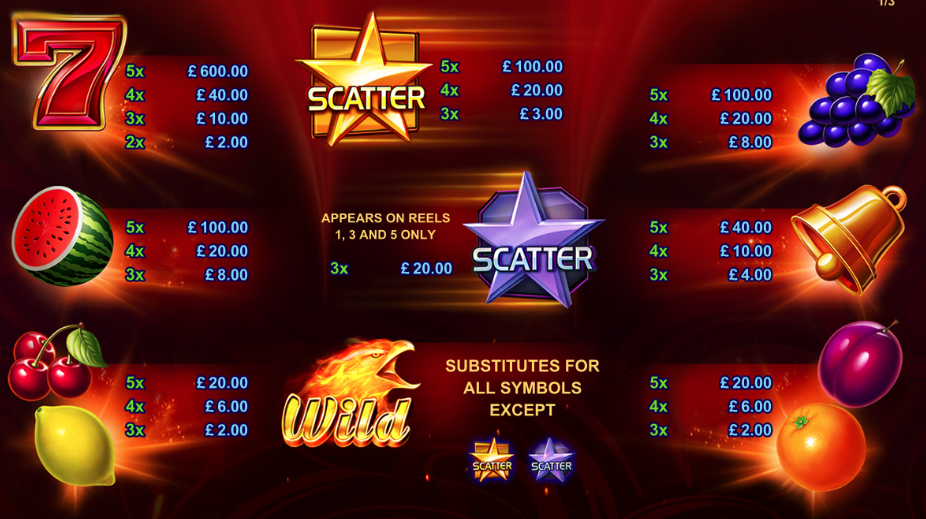 It was simpler time, it was a better time – or perhaps it wasn’t but there was an era when we expected nothing from an online slot machine except spinning reels, fruit and wins on paylines; Burning Wild is a game developed by Novomatic which takes us back to that time and you can enjoy it from £0.20 per spin.

Burning Wild is a five reel slot with three rows and just five fixed paylines; flames lick the lower symbols which float against a dark red backdrop underneath the burning title at the top.

All the symbols are fruity and/or familiar and include red sevens, watermelons, cherries, lemons, bunches of grapes, bells, plums and oranges; the burning eagle is wild and it will replace all other symbols except for the gold and purple scatters to help form winning combinations. The purple scatter only appears on reels one, three and five.

The only concession towards any type of bonus feature in this game is the abilities of the wild symbol which appears only on reels two, three and four and will expand to cover all positions on its reel when it helps out with a win.

Burning Wild is pretty simple fare but that’s Ok because it’s meant to be – the enjoyment is in spinning the reels and holding out for payline wins rather than aiming for multiple bonus features. If you’re a fan of old school slots with a polished finish then try this out.