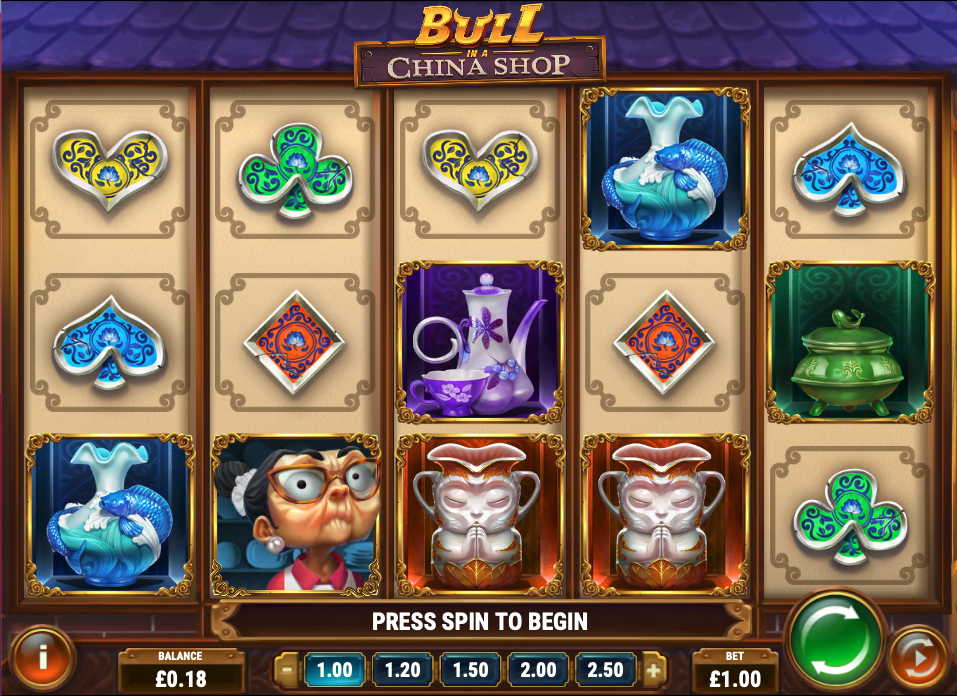 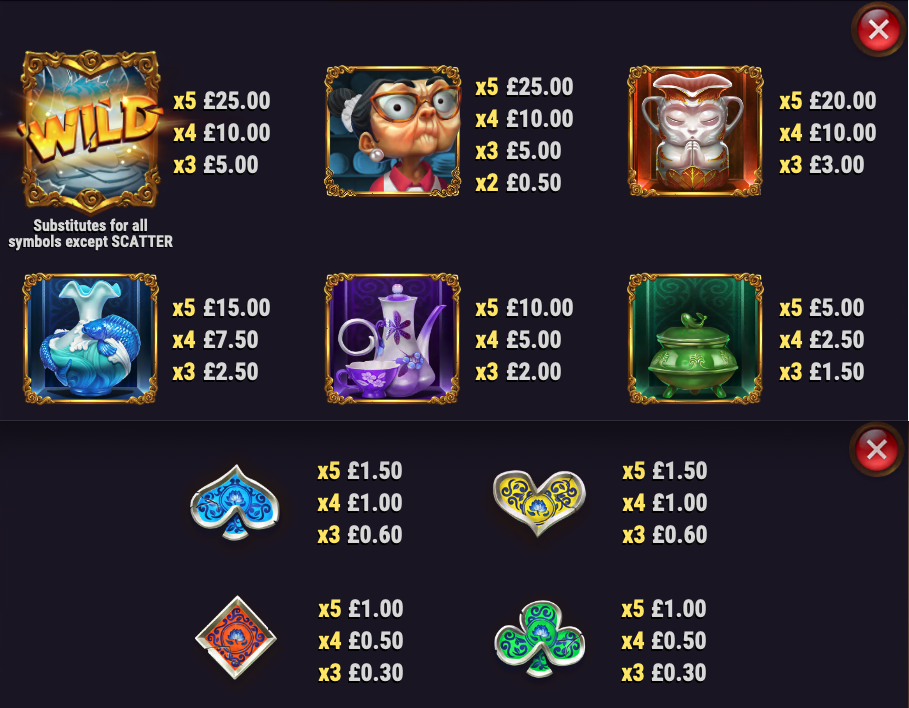 If you ever get to open that dream china shop then make sure it’s not anywhere near a field containing a bull because the chances are that animal will eventually and inevitably run amok in your store; Bull In A China Shop is an online slot from Play N Go which runs with this theme and, from £0.10 per spin, tempts players with wild features and free spins.

Bull In A China Shop is a five reel slot with three rows and twenty fixed paylines; play this game in full screen mode and you’ll see that those reels spin beneath the neat tiles of this establishment in a gloomy street existing in some indeterminate time zone.

The high value symbols include the china shop proprietor and four ornate pieces of chinaware in orange, blue, purple and green; nicely designed playing card symbols represent the lower values. The bull is wild and the golden bull is the scatter symbol.

Each time the wild bull lands on the reels he will trigger one of three wild features:

Landing three of the golden bull scatter symbols anywhere on reels one, three and five will trigger this feature, award ten free spins and you’ll get to choose between the following free spins modes:

Ten more spins can be won by landing another three golden bulls during this round.

The china shop’s misfortune can be your good luck if you can trigger those free spins and all those wild features; there’s plenty of comedy value in this slot and plenty of action once the reels start spinning.