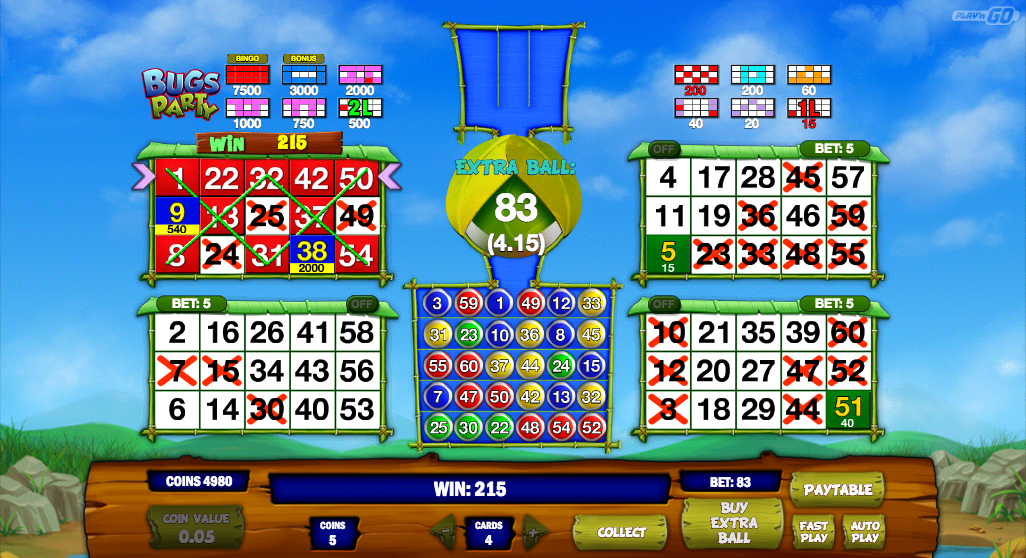 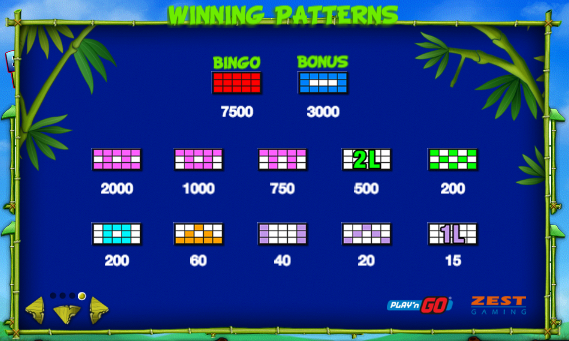 If a game of bingo occasionally takes your fancy then perhaps you should check out this interesting game from Play N Go; it’s called Bugs Party and it’s essentially bingo with a couple of extra twists to make things a bit more interesting – read all about it here.

As you can see from the screenshot above, Bugs Party is played on a screen which begins with four bingo cards but you can choose to play with one, two, three or the full complement depending on your mood and your budget.

Get thing started by pressing the play button below the screen and you will see thirty balls fall into the lower dark blue area; as with any game of bingo you are trying to match those balls up with numbers on the cards to create patterns which match those on the paytable. Harder patterns are worth more in prizes than easier matches.

If the machine decides there’s a chance to win a pattern/prize worth 40x or more you will be offered the chance to buy extra balls; the price of these balls is based on the potential win available and there are ten available if you decide to splash out. You can collect from this stage at any time.

This is triggered by making the square match (as shown to the right here) and you will now get to play a piking game in which you must select coloured jars to reveal prizes and prize multipliers; the round ends when you find the frog or pest control spray.

Bug Party adds some nice twists to the standard game of bingo and it also brings some nice graphics and animations to the show. It’s definitely recommended for bingo or keno players and in fact anyone who’d like to try something different and it has an RTP of 94.24%.