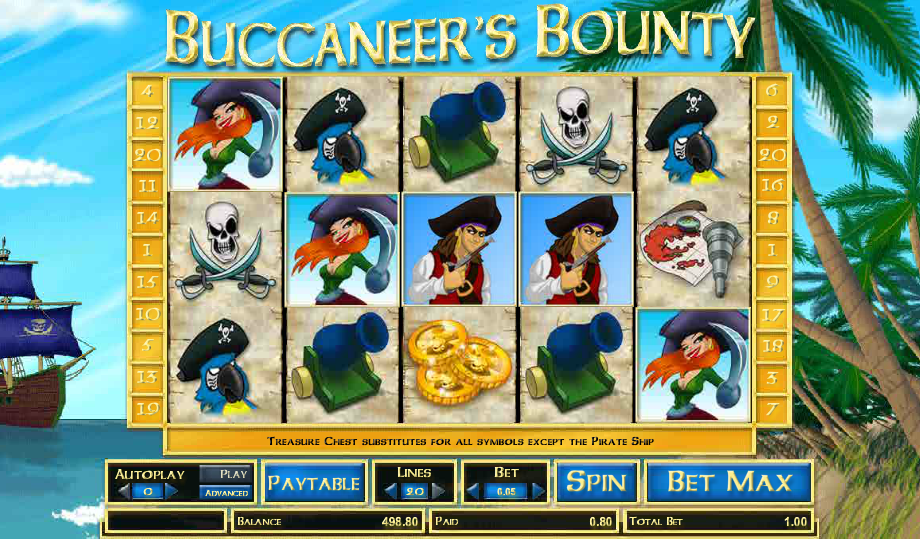 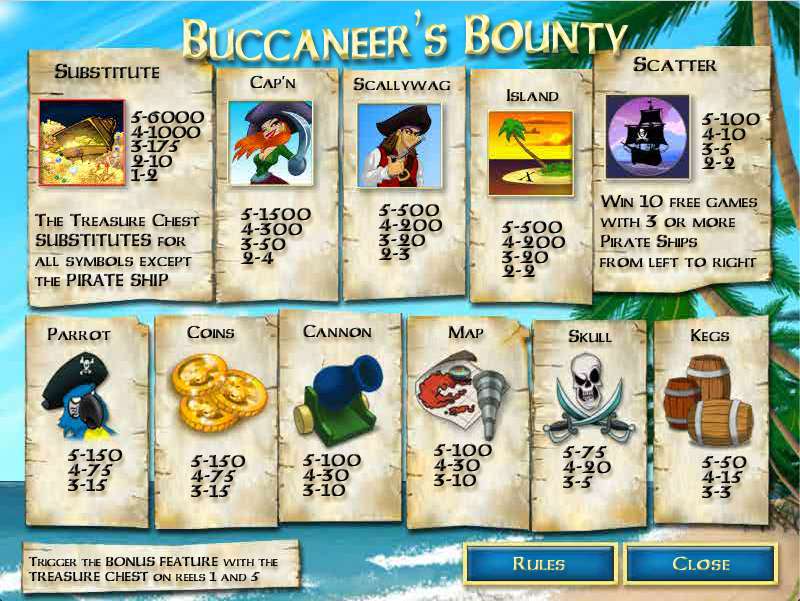 Pirates are the key to many enjoyable online slot machines and we’ve rarely encountered a bad one over the years. Buccaneer’s Bounty is just one more to add to a long list and it was originally developed by WagerLogic but is now under the Amaya Gaming umbrella. It’s a cheery look at what was usually a violent and short life and it comes with a couple of bonus features.

Buccaneer’s Bounty is a five reel slot with three rows and up to twenty paylines; behind the reels we can see palm tress on some tropical island and the pirate ship moored some distance offshore on the left hand side.

The base game symbols are all related to the theme and include the female Captain, the scallywag, the island, a parrot, some coins, a cannon, a map, a skull and several barrels of alcohol.

The treasure chest full of gold is the wild symbol and it substitutes for all others except the scatter – that’s the pirate ship and it activates the main feature.

This is quite an interesting game and it’s triggered by landing treasure chests on reels one and five. You now get to choose to be either an Island Defender or a Pillaging Pirate but the principle of the game is the same – you have ten cannonball shots to hit the various ships as they pass by, winning a cash sum for each ship sunk. There’s no skill involved, just click on a ship and watch one of the cannons try to hit it.

The spins are triggered by landing three or more pirate ship scatter symbols anywhere in view. You will now receive ten free spins with all wins subject to a 2x multiplier. It’s also possible to re-trigger the spins by landing more pirate ships within this round.

Graphically Buccaneer’s Bounty is one of the more basic pirate-themed slots but who cares? It’s good fun and should appeal to those who like to see a pirate or two so give it a go.