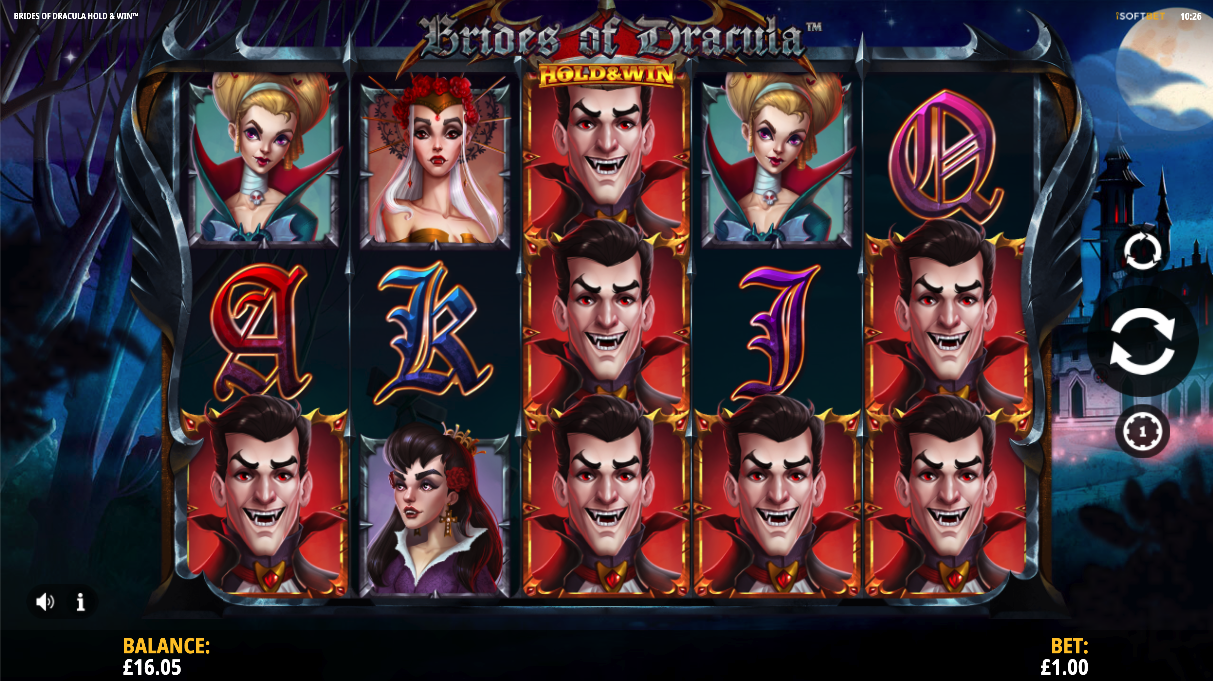 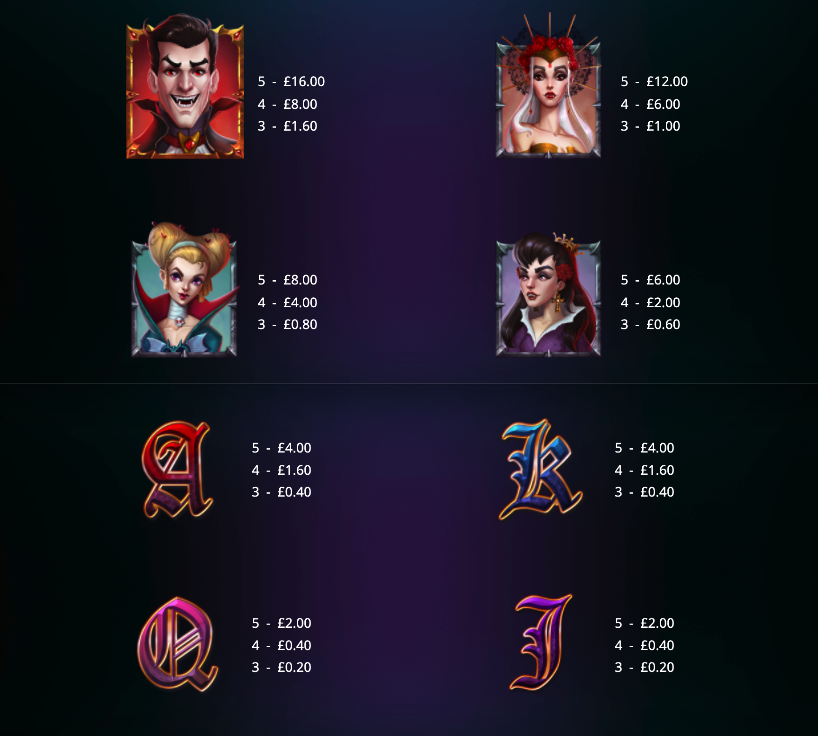 Vampires and comedy don’t always mix but there’s a bit of both chucked into the cauldron of Brides of Dracula Hold & Win – it’s an online slot from iSoftBet featuring a cheerful cast of the undead along with Hold & Win respins and the Pick A Letter reel modifier.

Brides of Dracula is a five reel slot with three rows and twenty five fixed paylines; green mist drifts through the spooky forest behind those reels while in the far distance there’s a creepy castle with red-lit rooms waiting for unsuspecting travellers.

The four high value symbols include Dracula and his three perky brides; J, Q, K and A make up the lower values. Van Helsing the vampire hunter is wild and the full moon is the scatter symbol.

This can occur on any spin and three envelopes will float above the reels – just pick one to reveal one of three mini-features:

Landing at least five of the full moon scatter symbol anywhere on the reels will kick this feature off with three respins – those moons lock in place, display cash value and any more landing will also lock and reset the number of spins to three again.

During the spins you’ll be trying to collect coloured gems and when you have three of a certain colour stuff happens:

In addition gems will reset the spins to three again.