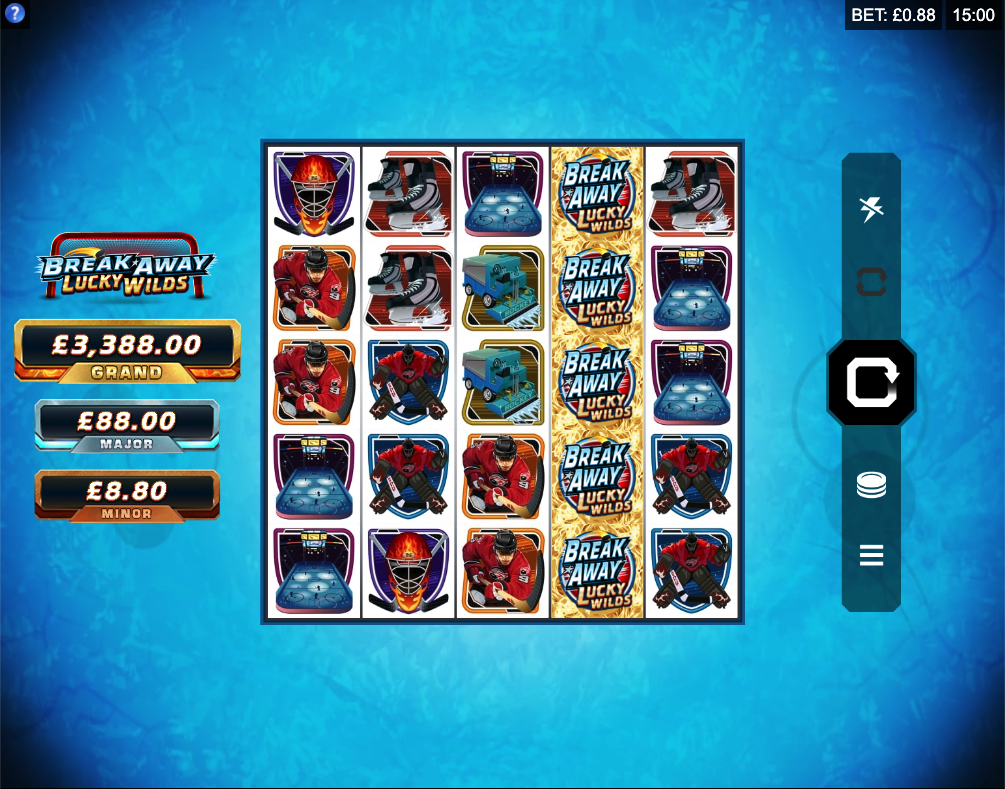 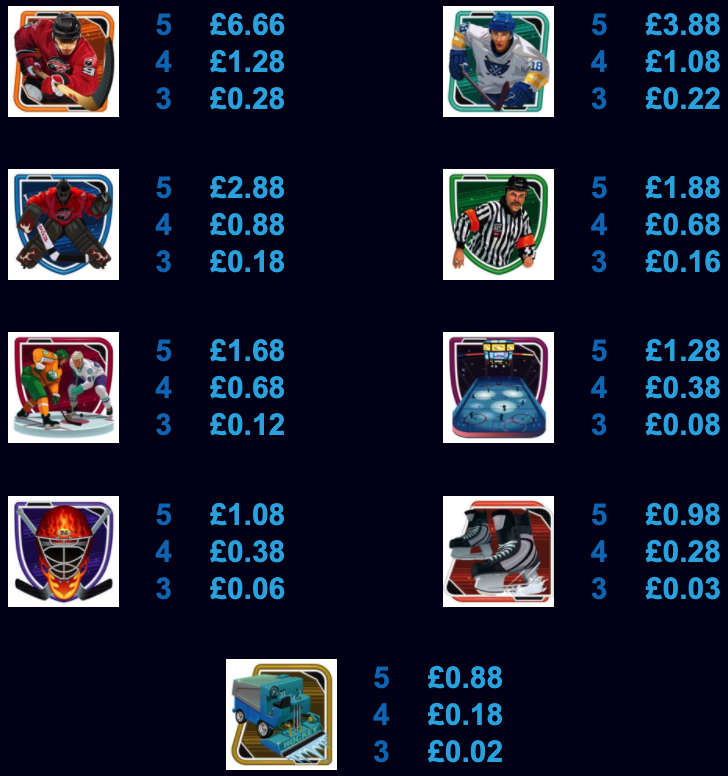 We don’t know why but ice hockey doesn’t pop up as the theme to many online slot machines but here we have Break Away Lucky Wilds, one of the sequels to Microgaming’s 2013 game Break Away; it includes a raft of new features and a three jackpots to keep things interesting.

Break Away Lucky Wilds is a five reel slot with five rows and eighty eight fixed paylines; the backdrop to those reels is a patch of ice and the sound effects are those of a noisy (and possible drunk) crowd. The three jackpot prizes are displayed on the left hand side.

All the symbols are related to the theme and include two players, a goalie, the referee, a face off, a bird’s eye view of the rink, a helmet, a pair of skates and a zamboni machine. The game’s logo is wild and it will replace everything except for the fiery puck scatter to help form winning combinations.

This is an exciting feature which occurs randomly in the game and the first sign it’s happening is when the Break Away sign at the top freezes up.  A player will then skate across the screen and bash into a reel, turning it wild.

This is a feature we always appreciate in a slot and it’s almost like getting a free spin whenever you make a winning combo.  When you create that combo those symbols will freeze and shatter, allowing new symbols to fall into place with the chance of making new winning lines and continuing the process.

This is triggered by landing at least three of the puck scatter symbols anywhere in view and you’ll get to pick one of the following options although the second and third are only available after five and ten bonus triggers respectively:

The jackpot prizes are won at random but there’s a better chance of winning the big bucks if more wilds have landed on that particular spin – you’ll see little gold balls fly off from the wild symbols towards the jackpot totals.

Is Break Away Lucky Wilds seven years better than the original? Probably not because it’s very similar but it does chuck in some jackpots to mix things up; if ice hockey is your game the you’ll appreciate this slot.