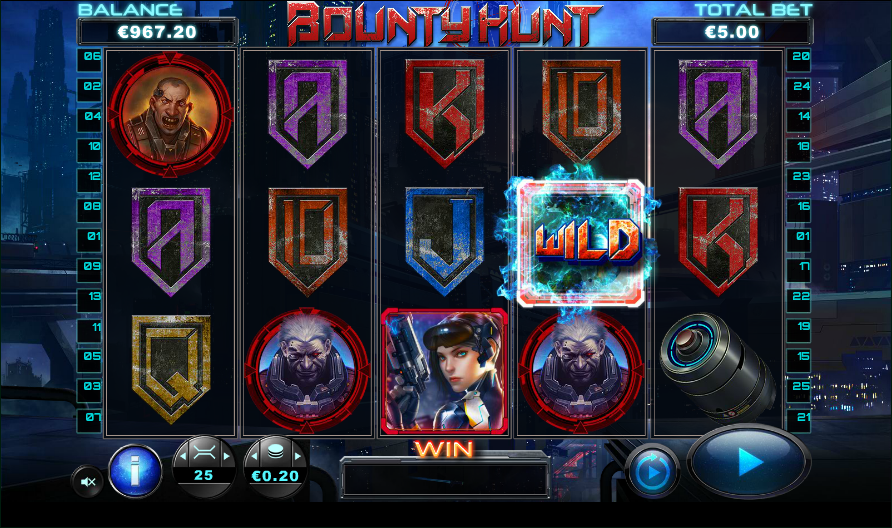 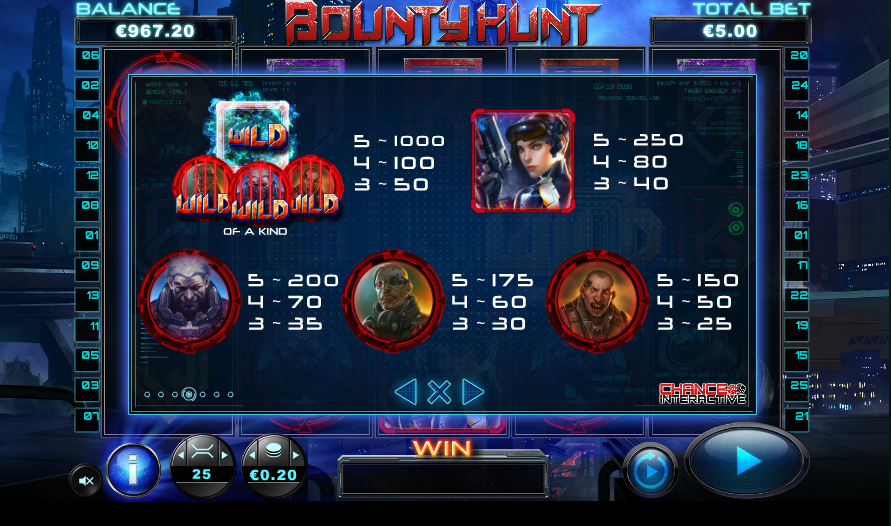 Let’s take a journey into the future now to some gloomy metropolis where apparently the crime rates are serious enough for private law enforcement to have a role; Bounty Hunt is the name of this online slot, it’s developed by Chance Interactive and it tells the tale of the pursuit of three wanted criminals – read all about it below.

Bounty Hunt is a five reel slot with three rows and up to twenty five paylines; those futuristic reels stand out against a dark background of skyscrapers, concrete and vehicles flying through the air.

There are plenty of theme-related symbols including our female bounty hunter, three criminals – Big Boss, Dr Fury and Hank Blade, a gun and a grenade; 10, J, Q, K and A make up the lower values.

The wild symbol is the key to the bonus features and it’s a large ‘Wild’ which will substitute for all others to help form winning combinations. There’s also a ‘Wanted’ symbol which appears on the reels.

On every single spin in Bounty Hunt a crosshair will appear and randomly select one of the symbols on the reels; something different will happen depending on the symbol chosen:

If the crosshair targets the Wanted symbol then the free spins are triggered and you will receive ten spins to kick things off; during this round if the target hits one of the criminals he will become a jailed criminal and act as a wild for the rest of the spins.

Bounty Hunt is a good-looking, atmospheric slot with some all-action gameplay which feels like you’re triggering something on each spin. There’s some money-making potential in the free spins round and this game comes with an RTP of 95.54%.