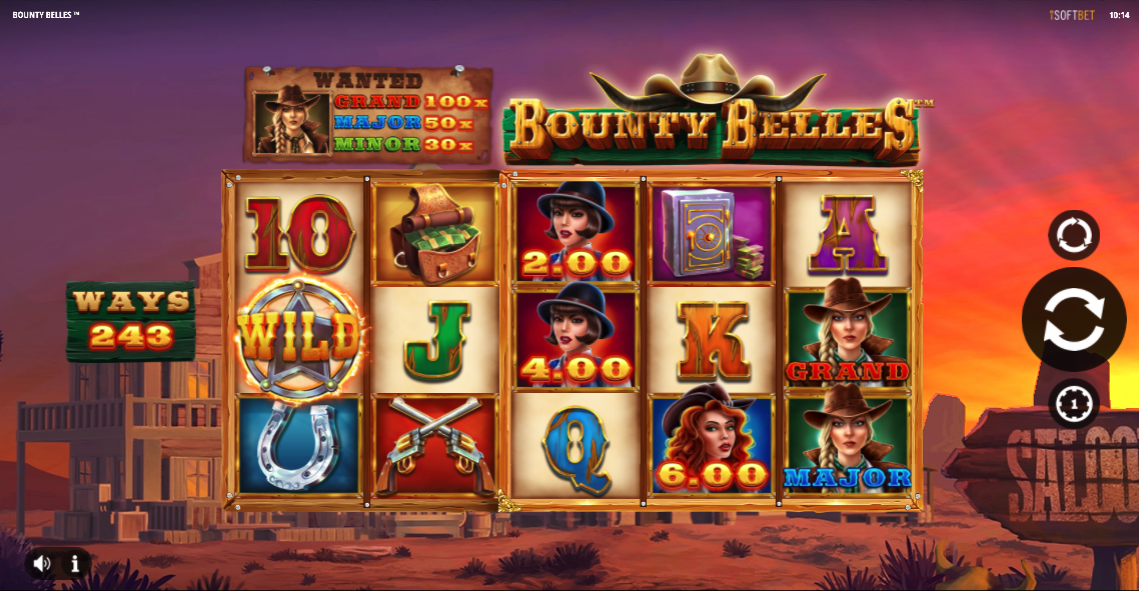 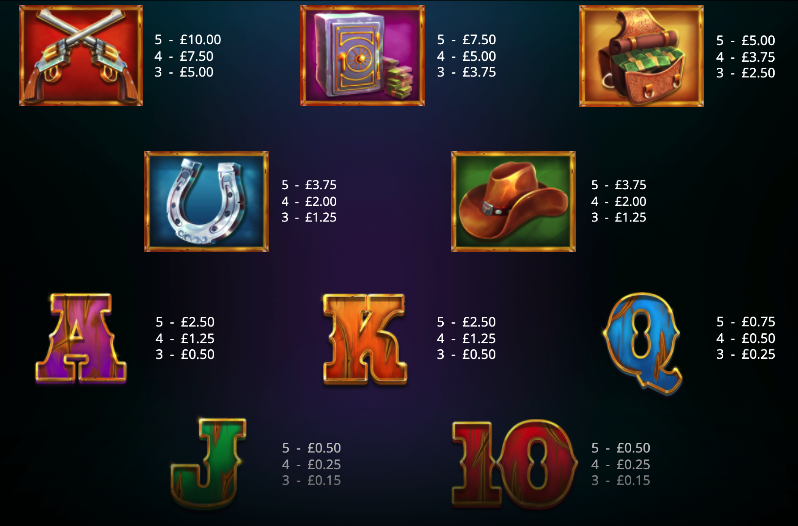 If you thought that your tasks for today wouldn’t include hunting for three female outlaws near an Old West town then think again – this online slot is called Bounty Belles, it’s developed by iSoftBet and from £0.20 per spin it tempts players with expanding reels, free spins and jackpot bounrt prizes.

Bounty Belles is a five reel slot with three rows and 243 ways to win initially; the sun is setting over this desert location but there’s still enough light to see the wooden reels, the jackpots above and the saloon in the background.

Theme-related symbols include the pistols the safe, the bag of cash, the silver horseshoe and the ten gallon hat; 10, J, Q, K and A make up the lower values. The sheriff’s badge is wild and the ‘Bonus’ is the special symbol.

This feature is triggered by landing wild symbols on reels one and two after which you’ll see reels three, four and five expand by one or two rows; this can increase the number of paylines to a maximum of 1,125.

During this feature your task is to land any three of the Belles on reels three, four and five and you’ll then win the cash prizes attached to them; the Belle on reel five may also award one of the jackpot prizes.

Landing three, four or five of the Bonus symbols anywhere in view will award 10, 12 or 15 free spins respectively; Wild Bounty mode can occur on any spin during this round and after any win a multiplier of up to 10x may be awarded following a playing card/pistol animation.

More spins can be triggered with three more Bonus symbols but only once!

There’s plenty to like about Bounty Belles with it’s Old West atmosphere and wooden reels; the Wild Bounty mode is our favourite but there are some big wins and jackpot prizes available in both bonus features.

The Return To Player percentage for Diamond Blast Zone is 95.99%.

Where can I play Bounty Belles?

You can play Diamond Blast Zone at one of the three casinos listed above or just click the button below to head straight to one of our favourites.