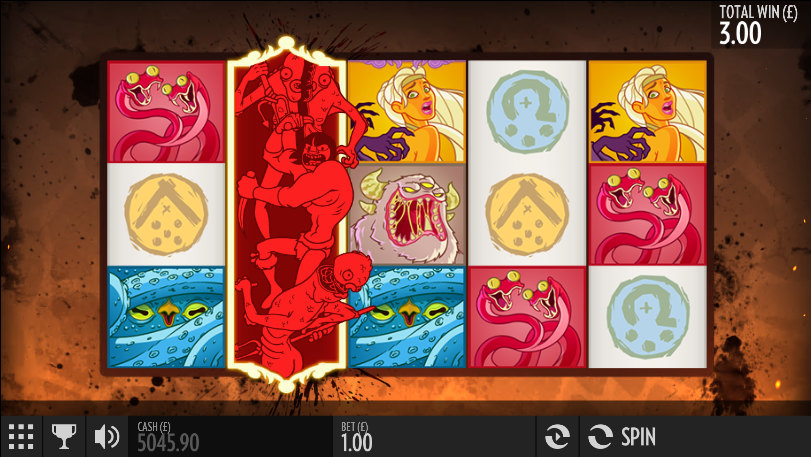 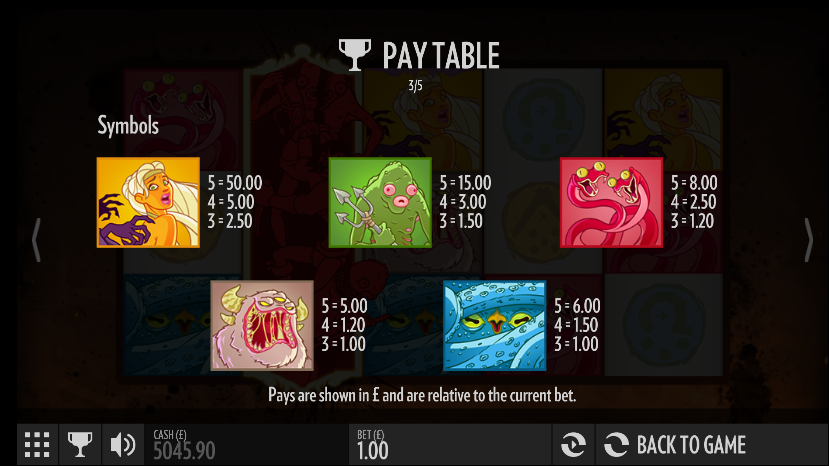 There’s a real comic book feel to this online slot from Thunderkick Games; the theme of Bork The Berzerker Hack ‘N’ Slash Edition is one of Norse mythology and the cult of the berserker. Berzerkers were warriors who were said to have almost supernatural powers as they worked themselves up to face their enemies. Bork is clearly one such character and the hero of this action-packed game.

Bork The Berzerker plays out over five reels and twenty five paylines and the backdrop to those reels is a blood-spattered wall lit by a glowing fire below. It’s very atmospheric and the dramatic sound effects only add to the tension.

The five most valuable symbols are a range of monsters – blue, brown, red, green and purple. You can only see the hands of the purple one as it reaches for an alarmed young lady. Three runes (which we’re not going to try and translate) are the lower values.

Special symbols include the Bork wild and the purple monster scatter who activates the main feature.

The feature you will see more of is the expanding wild and involves some gory animations. The Bork wild symbol appears only on reel three and every time it occurs it will fill up that entire reel if it can form a win. You will also see a manga-like clip where Bork slices his enemies into several pieces. Big wins are available for landing more than one wild on a single spin.

Landing three or more of the purple monster scatter symbols anywhere in view will reward you with the following number of free goes:

More spins can be won by landing three+ more scatter symbols up to a maximum of twenty. Wild Bork appears on reels two, three and four during this feature.

This isn’t Thunderkick’s best online slot but it still rates better than pretty much any other game currently out there, we think. We love the comic book style of Bork and the Norse narrative which sees our hero saving the girl. It comes with an RTP of 97.30%.