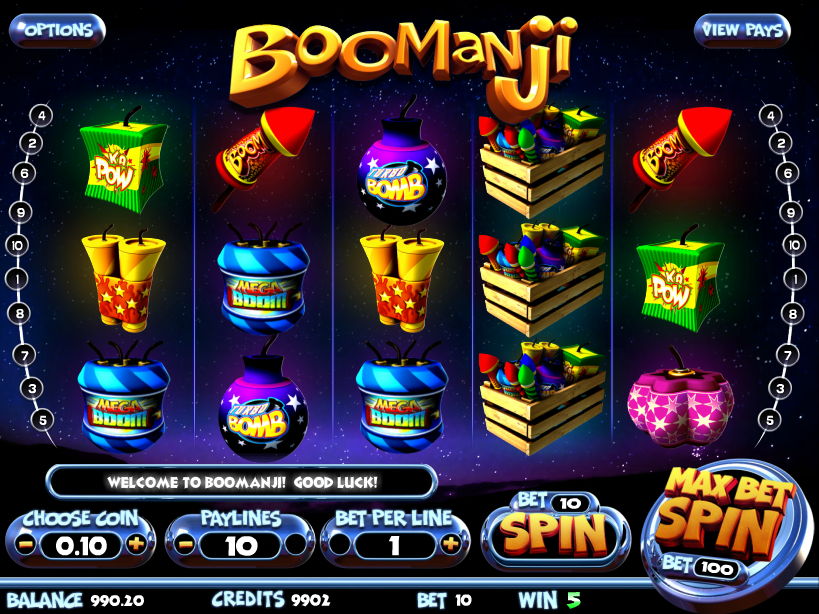 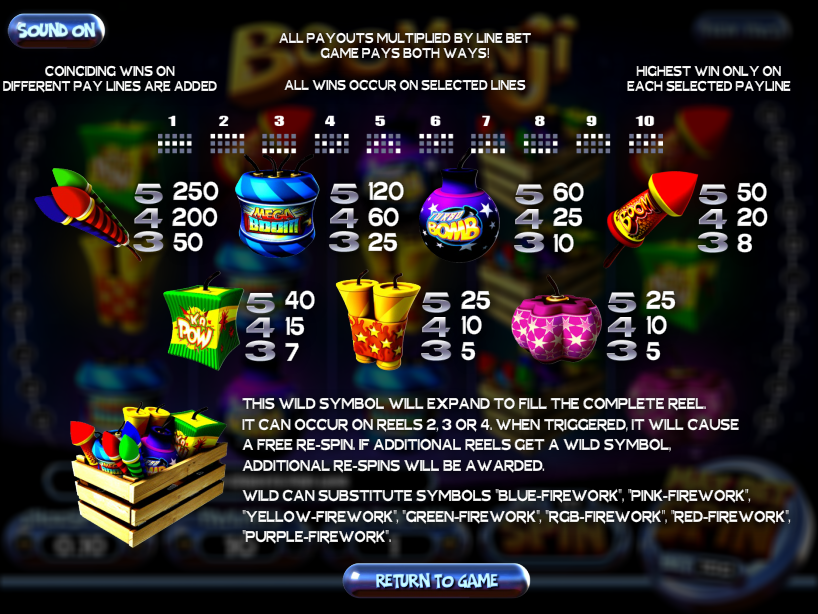 Whatever time of year you’re reading this review it’s absolutely undeniable that we are always slightly closer to a fireworks celebration than we were yesterday; that being the case there’s always a reason to play an online slot with fireworks as the theme and so we’ve been checking out Boomanji – a game developed by Betsoft with some lovely graphics and some nice simple gameplay. Read all about it below.

Boomanji is a five reel slot with three rows and up to ten paylines; through the transparent reels we can just about make out stars twinkling in the night sky – clearly it’s an ideal night to launch explosives into the silent void. There are some quirky cartoonish sound effects which only add to the sparky atmosphere.

There are seven high value symbols and they are all different fireworks; some have names such as Turbo Bomb, Boom, Mega Boom and Ka Pow and the rest are various pretty colours. The important thing to note is that winning combos can be formed from right to left as well as left to right for double the firework fun.

There’s no scatter symbol but the wild is a crate fill of assorted fireworks and it’s also a key part of the feature. 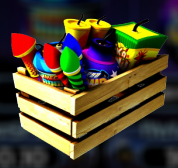 Boomanji is not swimming in bonus features like many other Betsoft slots but it does have this expanding wild which happens regularly.

Every time you land one of the wild symbols on reels two, three or four that wild will expand to fill all vertical positions that reel. Any wins will be paid and then you will receive one more free spins with the wild reel frozen in place. Yo can get up to three respins in total if wilds land on the other two reels during this process.

Boomanji may not have many bonus features but that doesn’t matter at all – this is a superb-looking game with some great animations and sound effects and and an expanding wild feature which can be very lucrative.