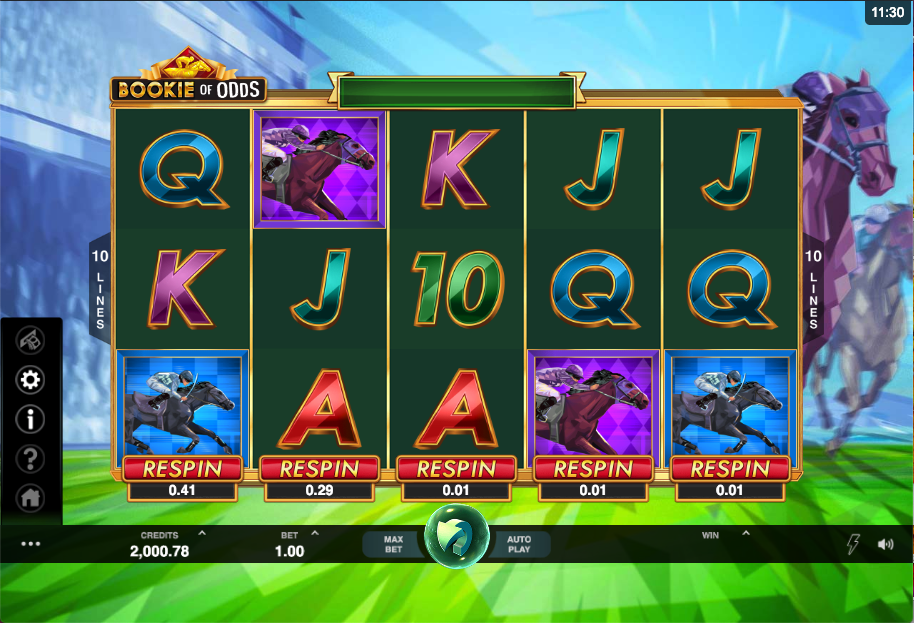 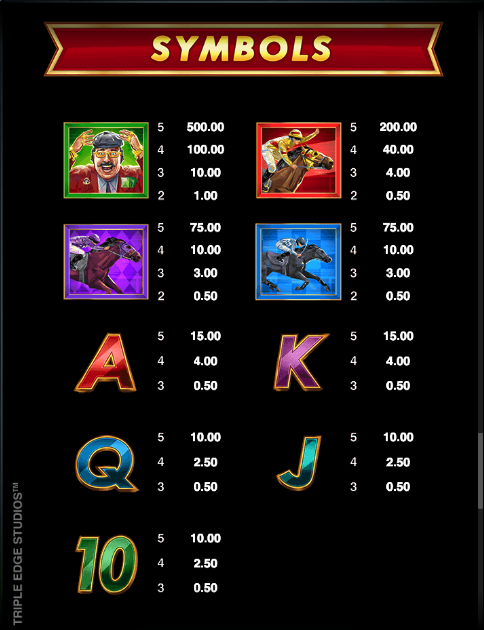 A day at the races is always an enjoyable – and occasionally profitable – day out but if you want the horsey experience without leaving your house then why not try Bookie Of Odds, an online slot from Microgaming/Triple Edge Studios with expanding wilds and a chance to buy respins.

Bookie Of Odds is a five reel slot with three rows and ten fixed paylines; those gold-rimmed reels float against a backdrop of fast-moving equestrian action and there’s a soundtrack direct from the track with the voices and cheers of punters and bookies alike.

The high value symbols include the bookie and three horses in red, purple and blue; 10, J, Q, K and A make up the lower values.

The golden book is both the wild and the scatter symbol and it will substitute for all others to help form winning combinations.

Beneath each reel is a ‘Respin’ button which allows players to respin that particular reel for the price shown (proportional to your stake and any potential wins). You can spin reels individually as many times as you like but the feature won’t work in Autoplay and it also won’t work if you change your stake after the initial spin.

Landing three, four or five of the golden books anywhere in view will trigger 10, 12 or 25 free spins respectively; before the round starts one symbol is chosen to expand during the spins and it will do this if a win can be formed and if a matching symbols is on the same payline. You can see it in action in the video above.

More spins can be triggered by landing three+ more scattered golden books during this round.

Bookie Of Odds includes a clever respin feature which offers players a greater amount of interaction than normal and of course it also comes with an enhanced free spins round to keep things ticking along. Not too shabby!