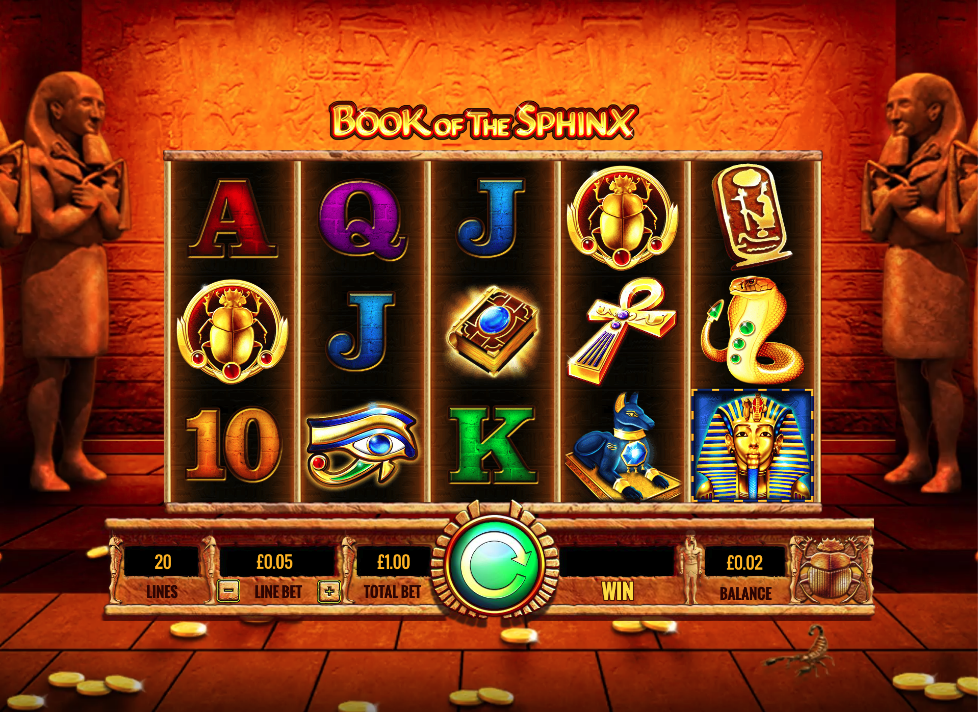 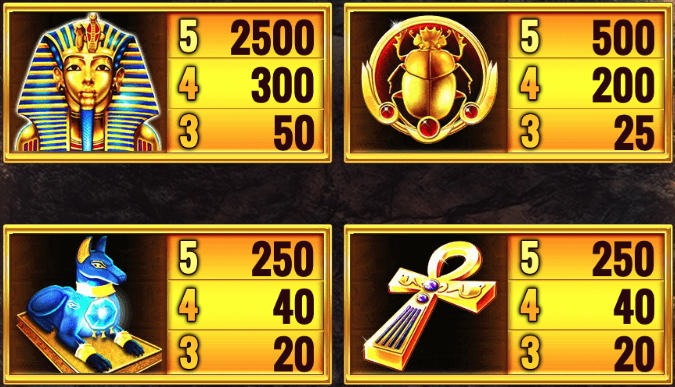 Online slots based on the culture of Ancient Egypt seem to be coming thick and fast at the moment and IGT are getting in on the act with Book of the Sphinx, a game which offers players expanding symbols as well the chance to win free spins – read all about it below.

Book of the Sphinx is a five reel slot with three rows and twenty fixed paylines; statues holding flails and crosses stand guard behind those reels but in front of a wall covered with dimly lit hieroglyphics.

The high value symbols include the Sphinx, the golden scarab, the cat statue, the ankh, the gold serpent and the small hieroglyph; 10, J, Q, K and A represent the lower values.

The book of the title is the wild and the scatter and it will replace all standard symbols to help form winning combinations; the Eye of Ra is the bonus symbols.

Landing three of the Eye of Ra symbols anywhere in view will trigger this feature and those Eyes will now be replaced by a matching standard symbol – this symbol will now expand to fill all positions on its reel and it will pay out on active paylines, it doesn’t have to start from the left reel or be on adjacent reels.

This is triggered by landing three, four or five of the wild/scatter book symbols anywhere in view for which you’ll receive 10, 15 or 30 free spins respectively; one symbol is selected at the start of the round and when at least three land they will expand to fill their respective reels.

More spins can be retriggered by landing three more book/wilds during this feature.

Book of the Sphinx doesn’t offer much in the way of innovation but it’s still a very playable slot and designed to IGT’s usual high quality; the Eye of Ra bonus breaks up the action between the free spins feature.