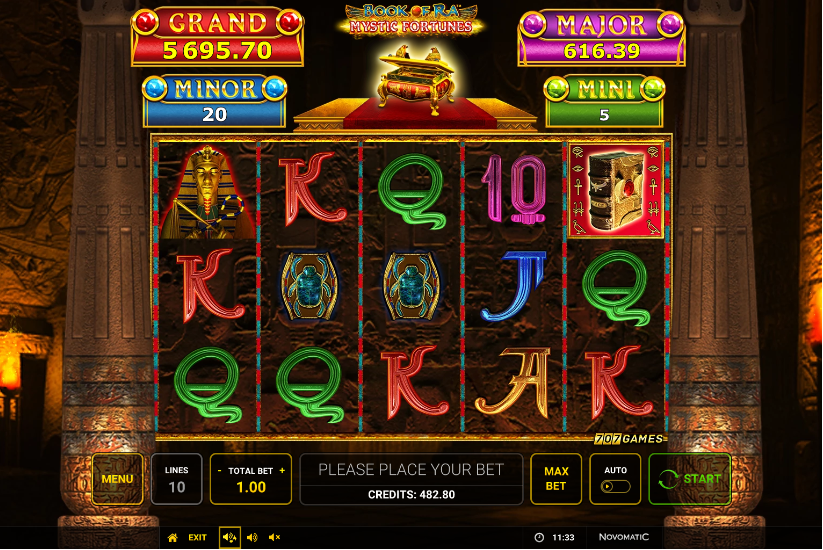 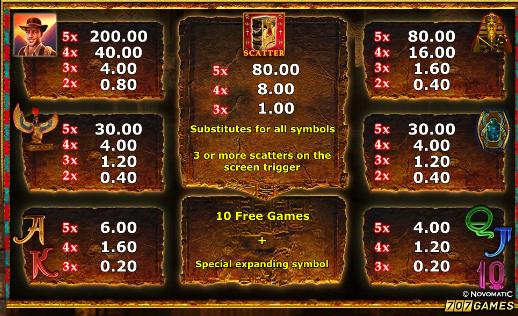 The Book of Ra series of online slots is one of the longer running franchises out there and if you’ve previously enjoyed these Novomatic/Greentube games then you’ll be pleased to hear about a new one – Book of Ra Mystic Fortunes; it adds some jackpot prizes to the action and you can read all about it below.

Book of Ra Mystic Fortunes is a five reel slot with three rows and ten fixed paylines; there’s a familair Egyptian scene on which to feast our eyes with a small tresure chest above those reels, flanked by the four progressive jackpot values.

The high value symbols include our intrepid adventurer and representation of various Egyptian gods; 10, J, Q, K and A make up the lower values.

The ancient, mystical book is both wild and the scatter symbol and it will substitute for all others to help form winning matches.

Landing at least three of the book scatter/wild symbols anywhere in view will reward you with ten free spins; before the round starts one symbol is picked at random and when it lands it will expand to fill all positions on its reel, paying out accordingly.

The jackpot prizes are won randomly but they’re incremented a small amount each time a wild/scatter lands on the reels, denoted by the book flying into the chest; when it’s triggered you’ll get to play a picking game in which you must pick from the twelve gold objects until three matching ones are found which correspond to one of the jackpots – Grand, Major, Mini or Mini. 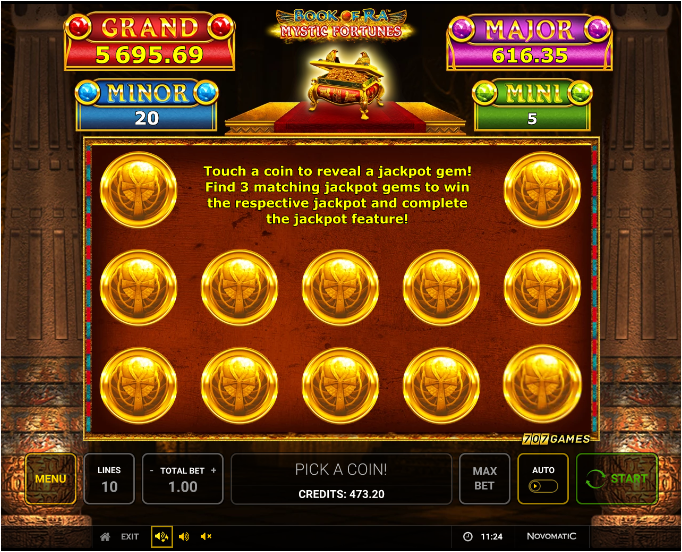 Book of Ra Mystic Fortunes is really more of the same Egyptian fare from Novomatic albeit with a tempting jackpot feature added but if you’ve previously enjoyed this series of slots then this should be right up your alley.