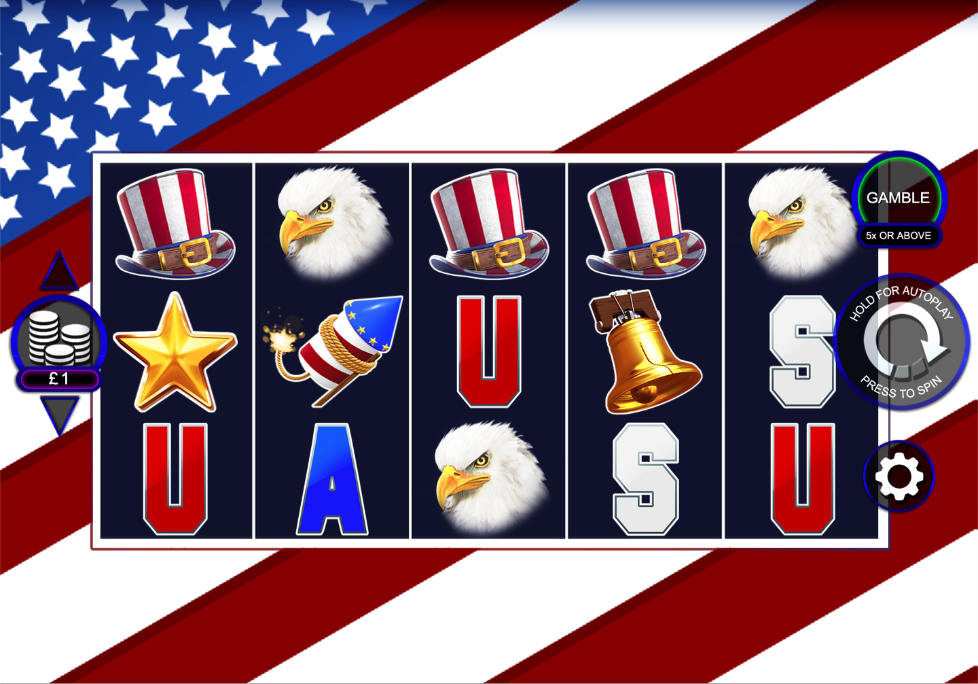 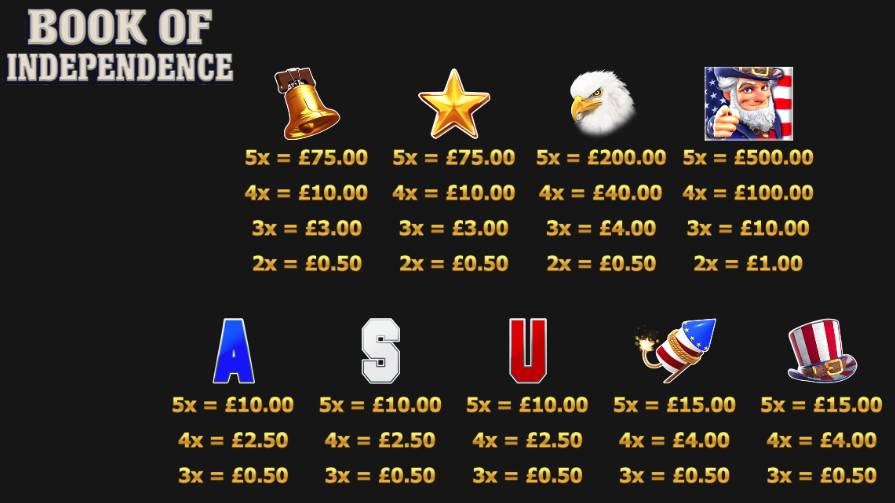 The United States of America is the theme of this online slot from Inspired Gaming, particularly the celebrations surrounding July 4th – it’s called Book of Independence and and it offers players free spins and a gamble feature along with a selection of Stare & Stripes ephemera.

Book of Independence is a five reel slot with three rows and ten fixed paylines; a huge US flag forms the backdrop to the reel-spinning action and if you leave the sound on there’s some cheerful brass band music to accompany the gameplay.

High value symbols include some symbols of Americana including the Liberty Bell, a gold star, an eagle, Uncle Sam, Uncle Sam’s top hat and a firework; the letters ‘U’, ‘S’ and ‘A’ make up the lower values. The Book of Independence is both the wild and the scatter symbols and it will replace everything else to help create winning combinations.

Landing three, four or five of the Book of Independence wild/scatter symbols anywhere in view will award ten free spins plus a scatter prize; before the spins kick off one symbol will be selected at random to expand if doing so will create a win – it doesn’t matter if this symbol is not on adjacent reels as long as there are at least three.

This can be switched off and on in the top right hand corner but if you want to use it you’ll be offered the chance to gamble your winnings if they are at least 5x the stake; the gamble involves choosing between two wheels (for free spins or cash wins) and spinning that wheel to try and win – you can adjust the risk/reward level to try and win more at greater peril.

Book of Independence doesn’t really stand out from the crowd too much in terms of bonus features or gameplay so we’d say that this is a slot for those attracted by the American theme; stakes are from £0.10 to £50.00 per spin.