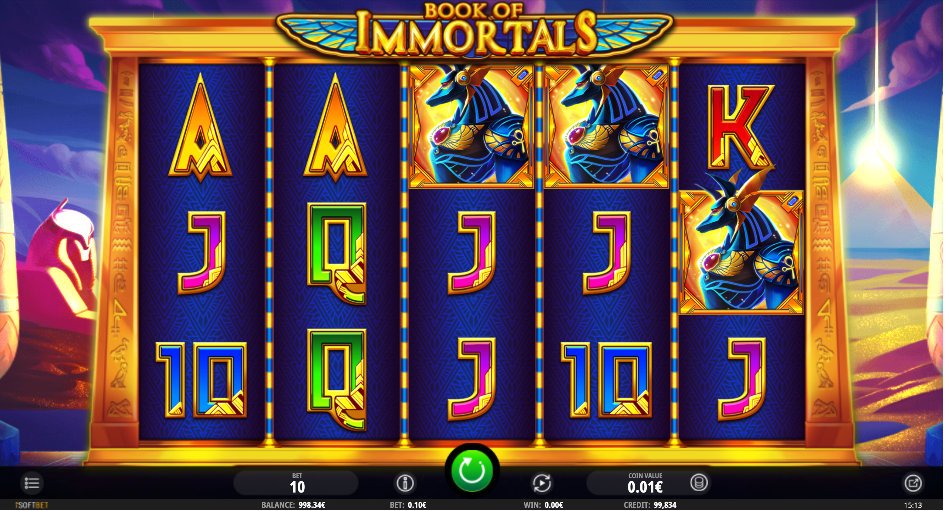 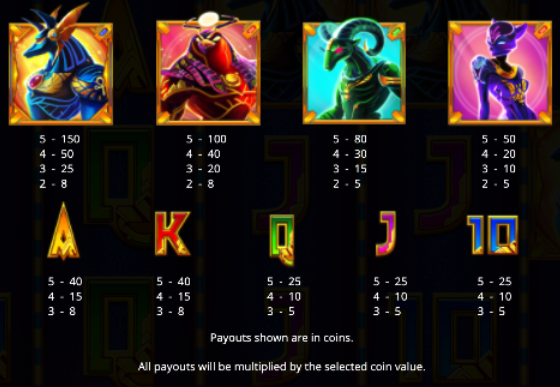 Virtual trips to Ancient Egypt are a regular occurrence for online slots fans iSoftBet’s vision of pyramids, gods and sand is a futuristic one which elevates it above the norm; it’s called Book of Immortals and it comes with symbol-swapping scarabs and free spins.

Book of Immortals is a five reel slot with three rows and ten fixed paylines; a shimmering, golden facade covered with hieroglyphics constrains those reels while the backdrop has an air of an alien planet with a touch of conspiracy theory thrown in for good measure.

Four stylised gods from this era represent the higher value symbols while 10, J, Q, K and A make up the lower values.

The blue Book of Immortals is both the wild and scatter symbol and it will substitute for all others to help form winning combinations.

On any spin a swarm of scarab beetles can fly onto the reels and swap up to ten symbols with the possibility of creating a bigger win.

This is triggered by landing at least three of the Book of Immortals scatter/wild symbols anywhere in view for which you will receive an initial ten free spins. An extra area will appear above the reels and a symbol will be selected on each spin to occupy this space – if two high value or three low value symbols match that top one, they will expand to fill their reels, paying out as scatters. If it’s a high value symbol then it remains active until the round ends and noted on the obelisk at the side, even though the symbols at the top will change after a win.

Book of Immortals is an original and stylish take on this theme in what is a very crowded genre – the free spins are cleverly designed, the Scarab Swap is a welcome base game bonus and this is definitely a slot to recommend.