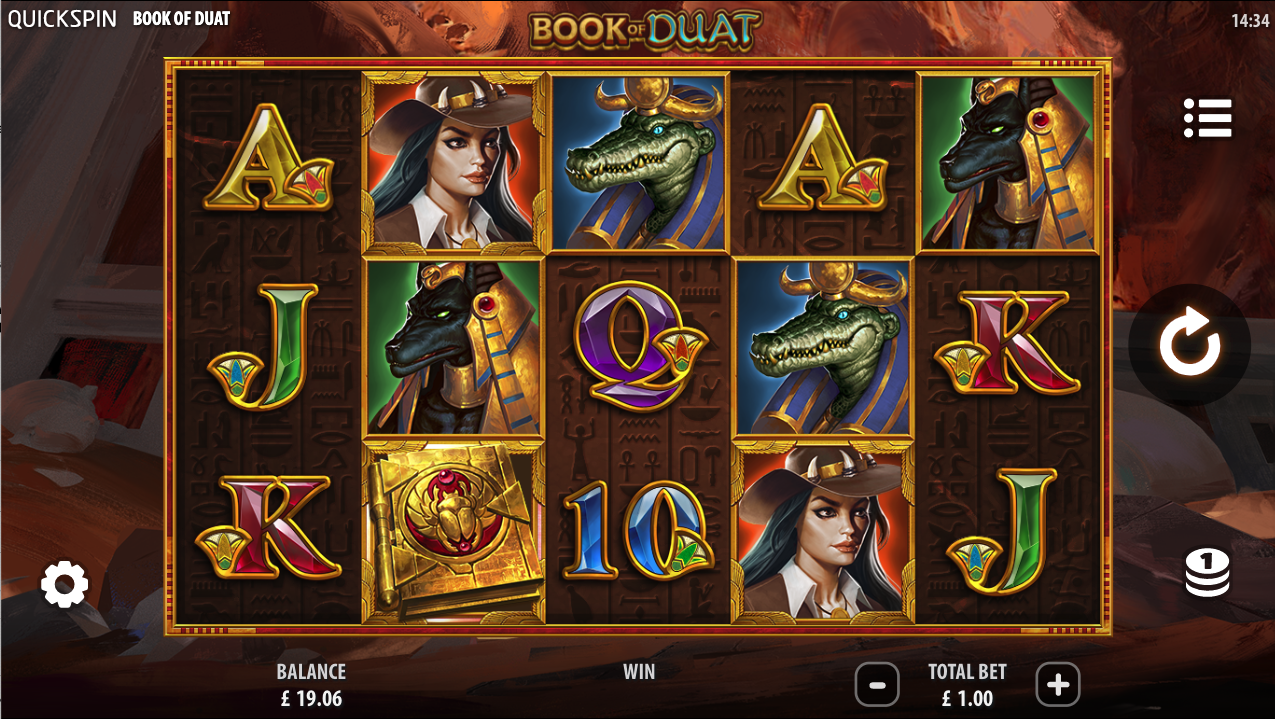 All hail the return of Anna the Explorer, last seen avoiding the T-Rex in Dinosaur Rage and before that on an earlier trip to Egypt in Ark of Mystery; this online slot from Quickspin is called Book of Duat and here Anna will be trying her best to win us free spins with expanding symbols and wild multipliers.

Book Of Duat refers to the realm of the dead in Egyptian mythology and in this game of five reels and ten paylines we seem to be exploring some ruined chamber where Anna presumably hopes to stumble on some ancient treasure.

Anna is the highest value symbol and then we have representations of Egyptian gods such as Osiris and Sebek along with a golden sarcophagus. 10, J, Q, K and A make up the lower values. The gold Book of Duat is both the wild and the scatter symbol.

Your aim here is to land at least three of the Book of Duat wild/scatter symbols anywhere in view and to start with the prize is four free spins with one expanding symbol and a win multiplier of 1x.

Before the round starts you’ll be prompted to complete a Pick & Click round in which the number of picks is equal to the number of triggering symbols (up to five). These picks will reveal extra free spins (up to ten), extra expanding symbols or more win multipliers (up to 5x).

Expanding symbols can pay anywhere on the reels as long as there are least three on different reels.