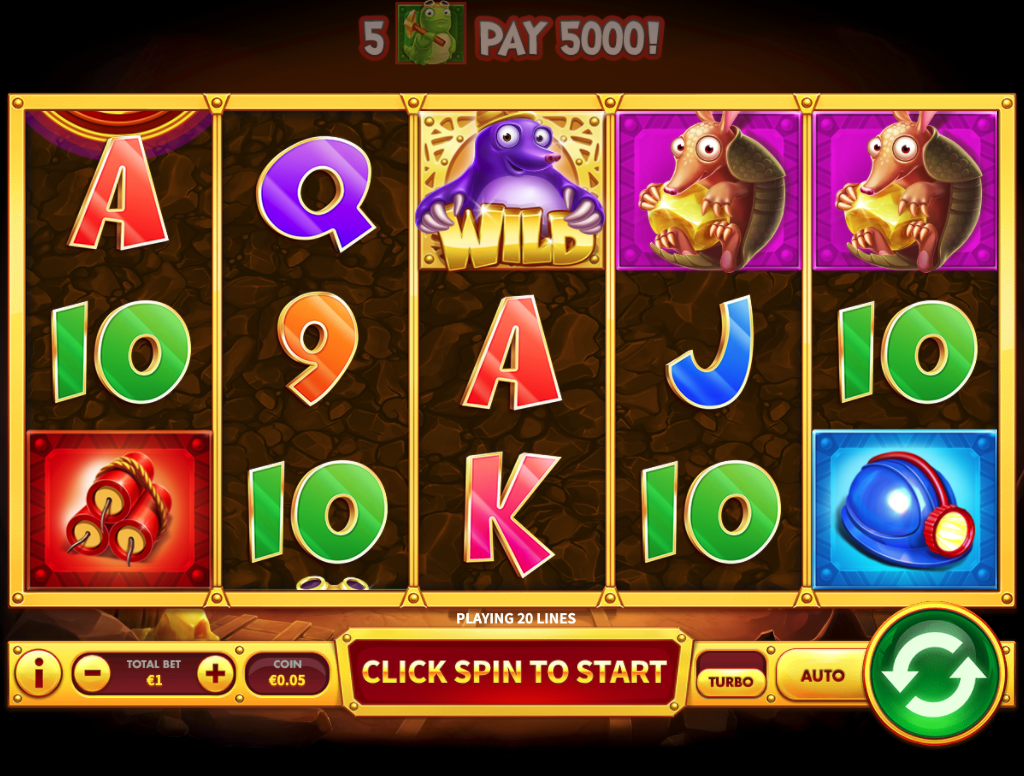 Not far beneath the surface of the earth there are a range of small creatures digging away in the hope of discovering something valuable – these are the characters in Bonus Digger, this online slot from Skywind which aims to unearth free spins and buried treasure.

Bonus Digger is a five reel slot with three rows and twenty fixed paylines; all the action takes place underground with mining equipment and earth visible in the background.

High value symbols include the worm with the pickaxe, the armadillo clutching the gold nugget, the helmet and the explosives; 9, 10, J, Q, K and A make up the lower values. The purple mole is wild, he appears on reels two, three and four and he’ll replace everything except for the gold nugget scatter symbol to help create winning combos.

The mole is not just a wild symbol because if you can land three of him in view you’ll receive fifteen free spins – these can be retriggered an unlimited number of times and there’s also a 3x multiplier for any wins created.

Landing at least three of the gold nugget scatter symbols anywhere in view will initiate a picking game in which you’ll be prompted to select mounds – there are a maximum of six treasure chests to be found and each will award a cash prize but a box of TNT will bring everything to an end.

Bonus Digger is an entertaining and colourful subterranean adventure which clips along at a fair old pace – five worms on a payline will win you the biggest haul of 5000x the stake but most of the excitement happens in the bonus games.