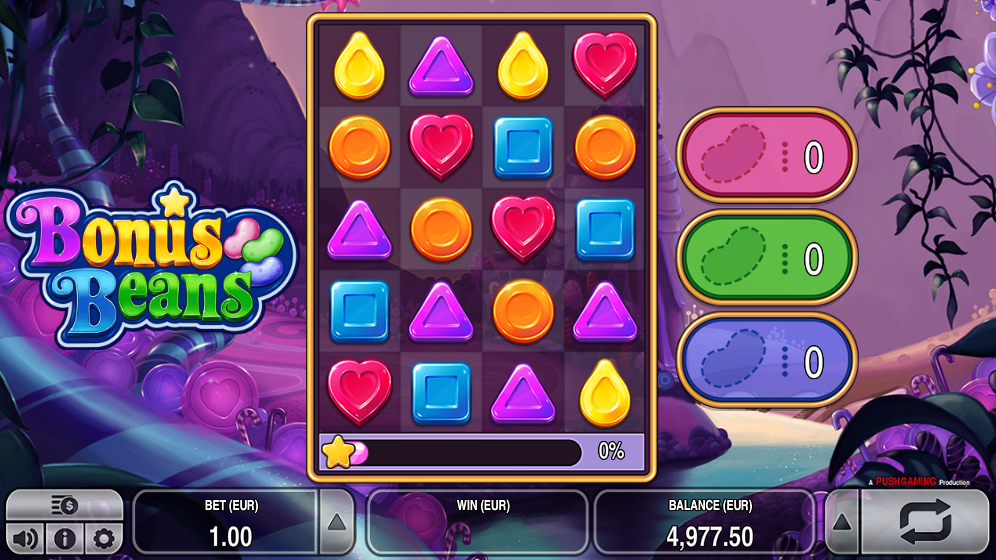 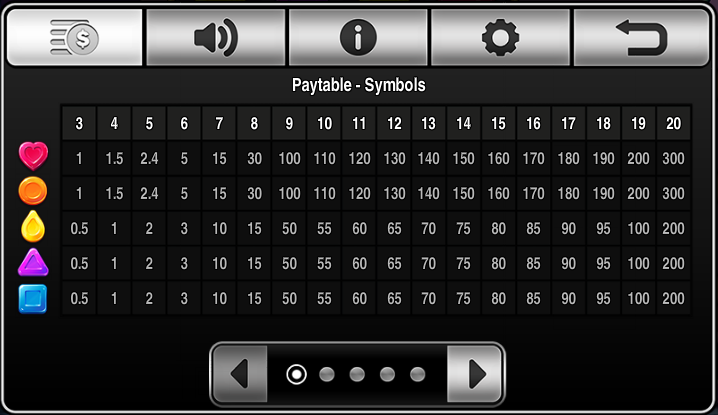 Candy, sweets or whatever you want to call them are a staple theme of online slot machines (but of course not a staple food) and reviewing one more is always a welcome pastime. This one is called Bonus Beans, it’s developed by Push Gaming and it’s more of an arcade game than a slot – read all about it below.

Bonus Beans is played on a 4×5 grid which hovers in the foreground in front of a fantasy landscape filled with rivers, plants and various sugary goodies distributed freely.

The gameplay involves forming groups of three or more matching symbols horizontally of vertically; they will then disappear to be replaced by others dropping down into their place, hopefully making more matches. Each drop and match is regarded as one separate ‘wave’. The symbols are candies of various colours – red, orange, yellow, purple and blue.

There are three bonus beans – pink, green and blue – which are described in more detail below.

If you can clear all the symbols on the board in one wave you will be awarded 500x your total bet; the percentage of the board cleared is shown below the reels.

Any of the three coloured bonus beans landing during a spin will be removed and placed in the corresponding space on the right hand side; when that particular spin is over the bean will reward you depending on it’s colour:

Bonus Beans is one of those games in which it’s best to set the Autoplay, make yourself comfortable and watch it all pan out. Those bonus beans seem to appear fairly rarely but they’re very welcome when they do. Check it out, it comes with an RTP of 96.50%.