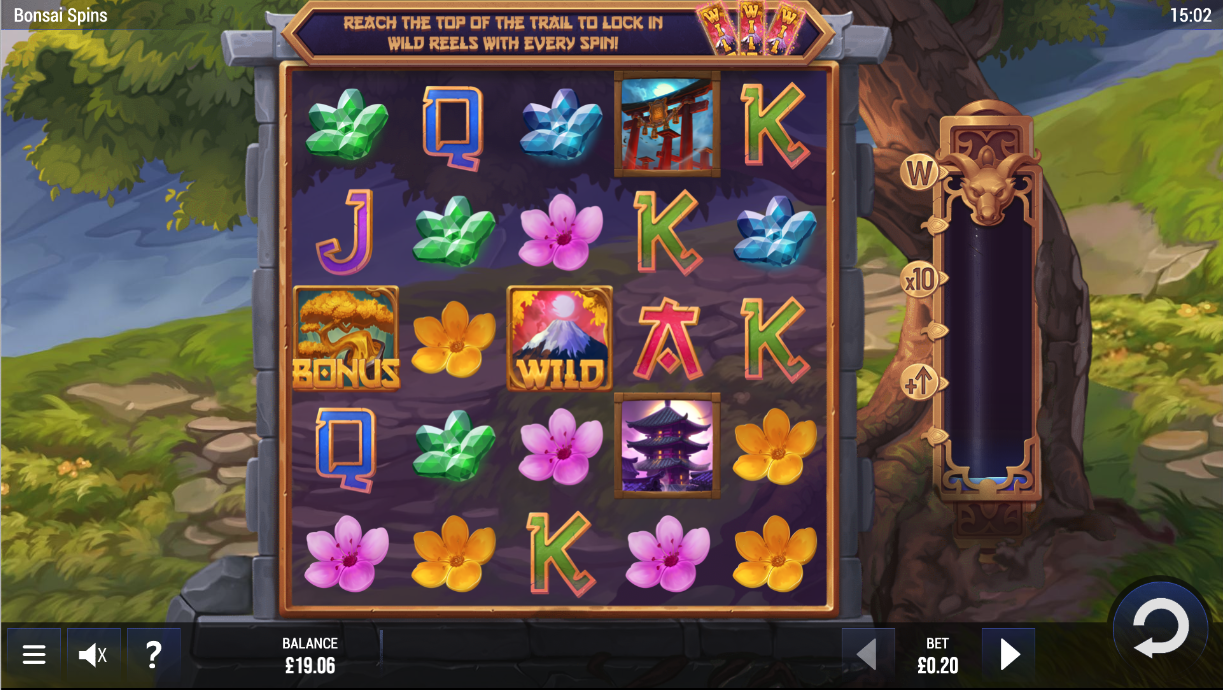 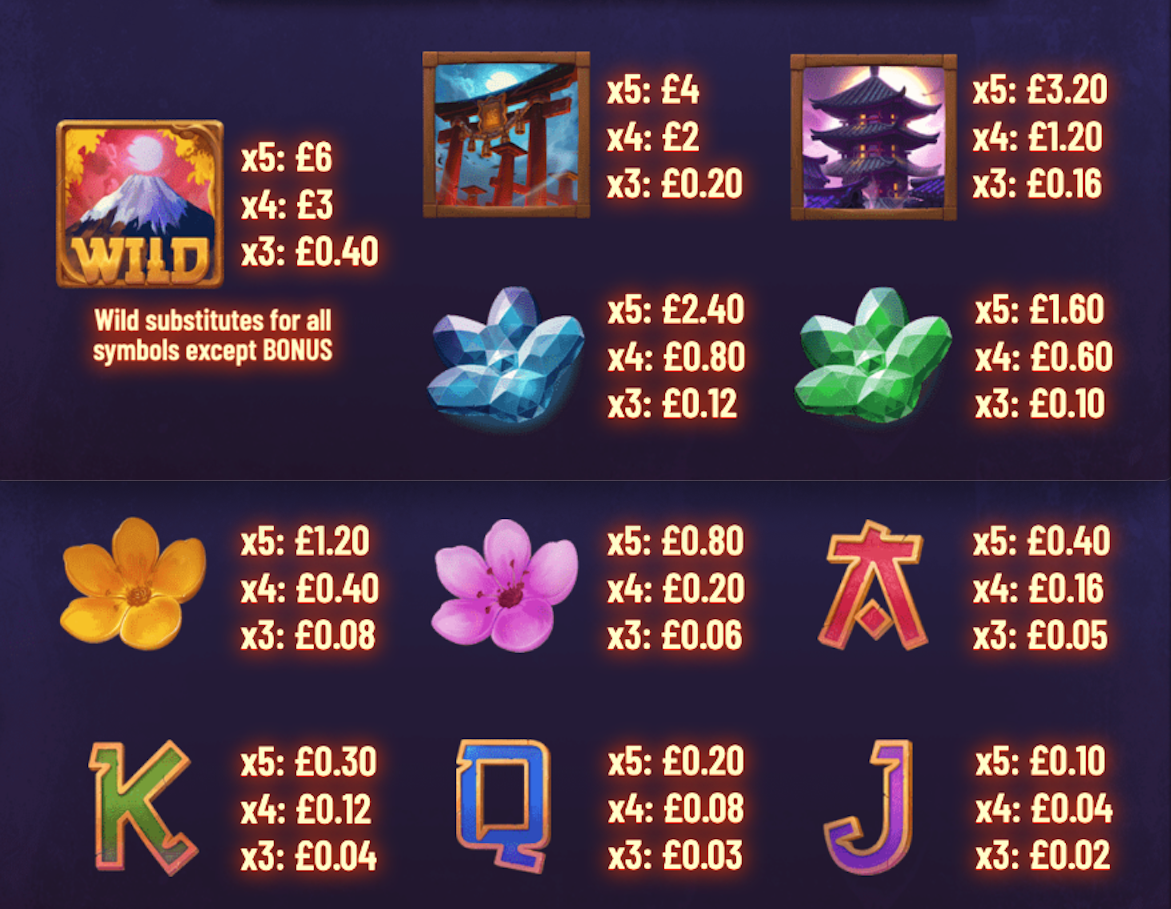 Are Bonsai trees always small? We don’t really know but the one occupying centre stage in this online slot from Epic Industries is big enough to provide plenty of shade for the spinning reels; Bonsai Spins is the name of this online slot and it comes with a progressive ladder feature and a free spins round with win multipliers.

Bonsai Spins looks great and there’s an artistic flair about the design of this game which sees those five reels and twenty paylines spin against a backdrop of swaying foliage, gentle rocky hills and brooding, grey skies.

High value symbols include the archway, the temple and crystals in blue and green; yellow and pink flowers along with J, Q, K and A represent the lower values. Mount Fuji is the wild and the Bonsai tree is the scatter symbol.

Look out for the meter on the right hand side because it will fill up slowly each time you land a winning spin but it will also reset to zero on every non-winning spin; every two consecutive wins will award a small feature as follows:

Landing three of the golden Bonsai scatter symbols anywhere on reels one, three and five will activate this feature and award an initial five free spins; all low value symbols are removed from the reels and a pattern comprising ten positions is marked on the reels. Each time an archway or temple lands on one of these positions it’s marked and one of the ten places around the multiplier circle on the left is filled in.

If you can fill up those positions around the circle you’ll receive three more spins and the win multiplier will increase by 1x; another pattern will appear on the reels and completing this will increase the multiplier again and award more spins. It’s possible to reach a maximum multiplier of 10x.