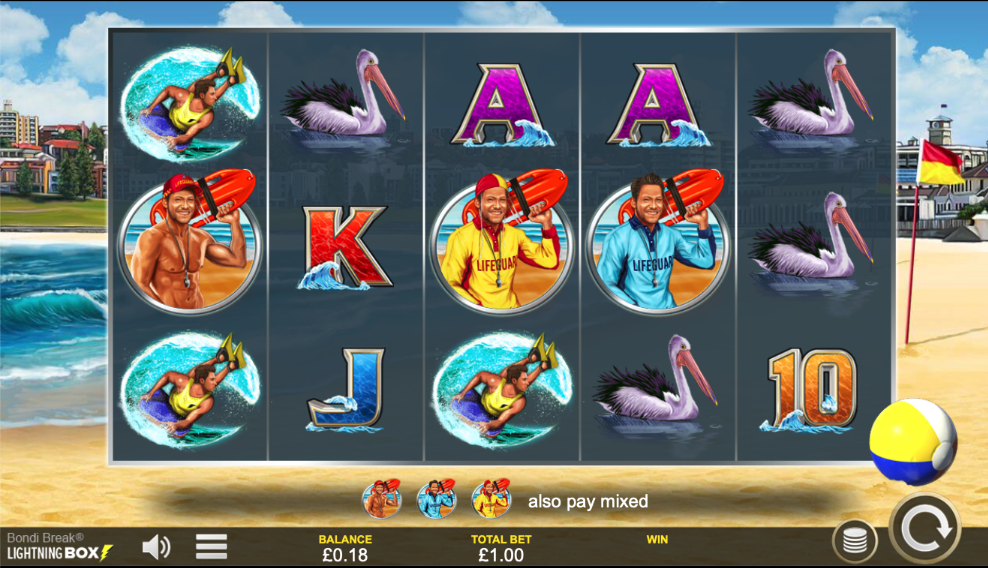 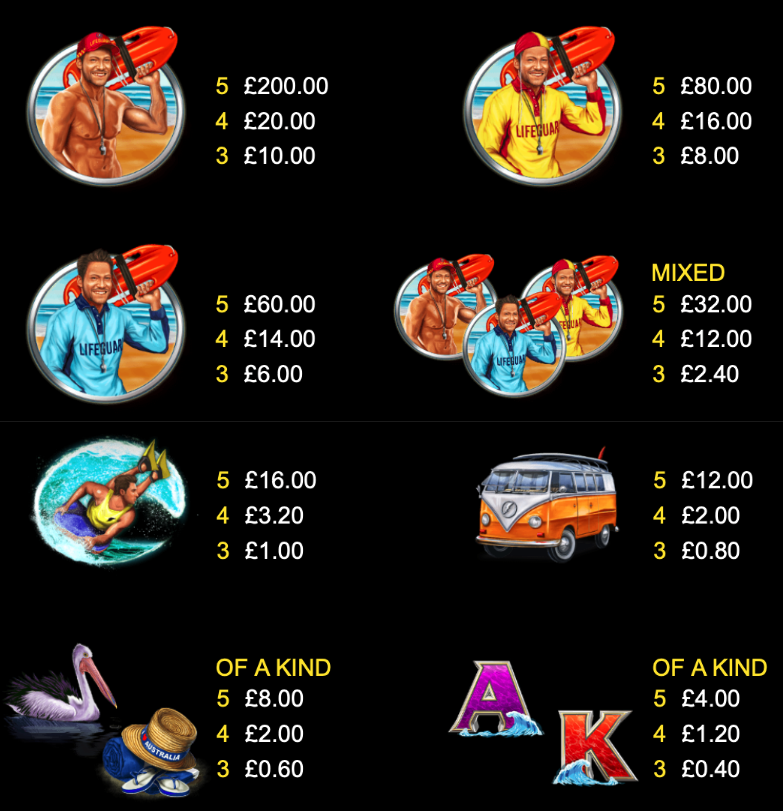 Sydney’s most famous beach is the setting for this online slot machine from Lightning Box Games; it’s called Bondi Break and in amongst the sun and the surf there’s an opportunity for players to win free spins from £0.25 per spin.

Bondi Break is a five reel slot with three rows and twenty five fixed paylines; the beach, the sea, the lifeguard flags and the city itself form the backdrop to those reels which float mere inches above the sand.

The three higher value symbols are a lifeguard in various states of dress/undress and he’ll also pay as a mixed symbol; lower values are a bodyboarder, a VW Camper, a pelican, a pile of beachwear and then 10, J, Q, K and A. The girls are wild and the silhouetted surfer is the bonus symbol.

Landing three of the surfer bonus symbols anywhere in view will award ten free spins; during this round keep an eye out for surfers because they’ll be collected. When the round ends you’ll receive the total prize amount multiplied by the number of surfers collected. It’s not possible to trigger any more spins from within this feature.

Bondi Break adds to a fairly small number of Australian-themed slot machines and although it’s fairly simple in design it’s certainly entertaining enough with its free spins and prizes based on the number of surfers collected.