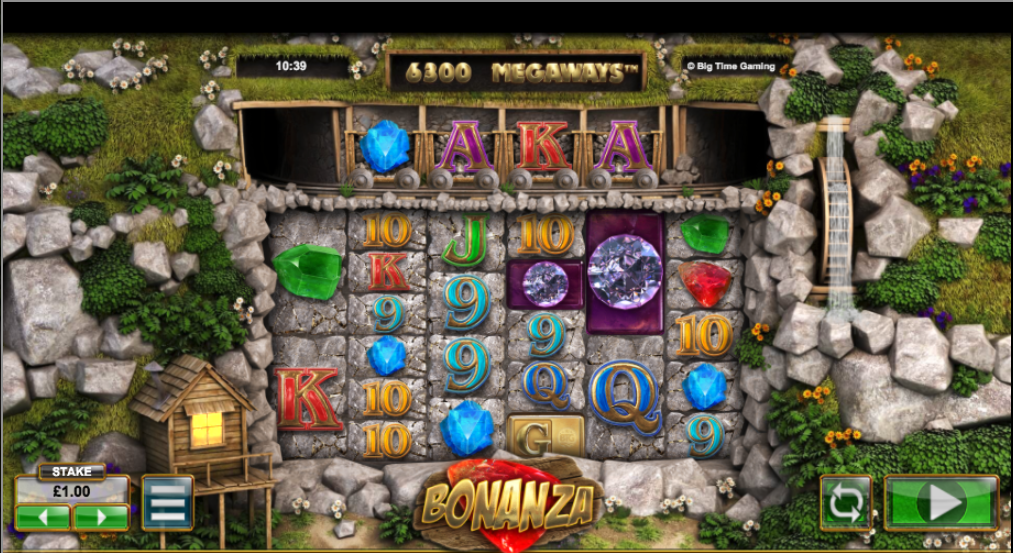 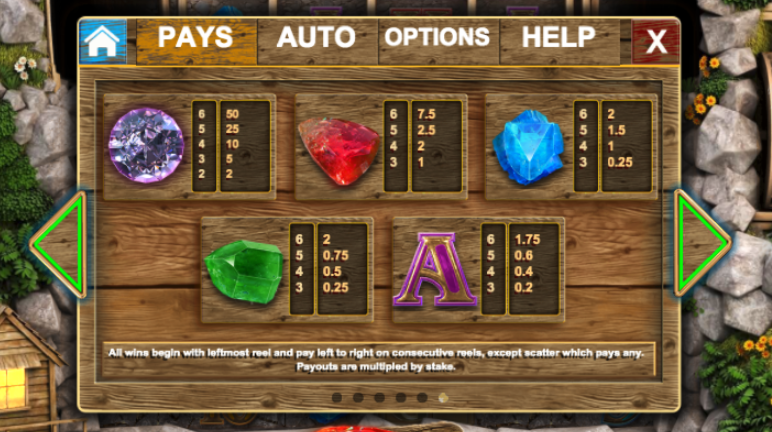 According to online slots developers you don’t have to dig too far underground to find plenty of precious gems and if you can match them up in winning combinations then you might even make a few a quid; Bonanza is a mining-themed release from Big Time Gaming with an interesting reel structure and several extra features.

Bonanza is a six reel slot with three rows and an amazing 117649 ways to win; that many paylines is made possible because the symbols can be of various sizes, meaning up to seven per reel. The reels spin underground but above them you can see a mine cart – this adds an extra symbol to reels two, three, four and five on each spin.

A diamond plus red, blue and green gems represent the high value symbols while 9, 10, J, Q, K and A make up the lower values.

The wild symbol is some sticks of dynamite and they will substitute for all others except the ‘G, O, L, D’ scatter icons.

Each symbol involved in a winning combination will disappear to be replaced by more falling in from above; more combos can then be formed and this process continues until there are no more wins forthcoming.

This is triggered by landing four of the G, O, L and D scatter symbols on the reels for which you will initially receive 12 free spins. Each extra scatter awards 5 extra spins.

When the spins are underway each successive reaction will increase the win multiplier and there is no upper limit on that multiplier. There’s also an new ‘pile of gold bars’ scatter on show in the mine carts and landing three or four of these will award 5 or 10 extra spins respectively.

Bonanza is a really engaging slot with some lovely gameplay, regular wins and a free spins round which results in some big wins when triggered; it comes with an RTP of 96.00%.