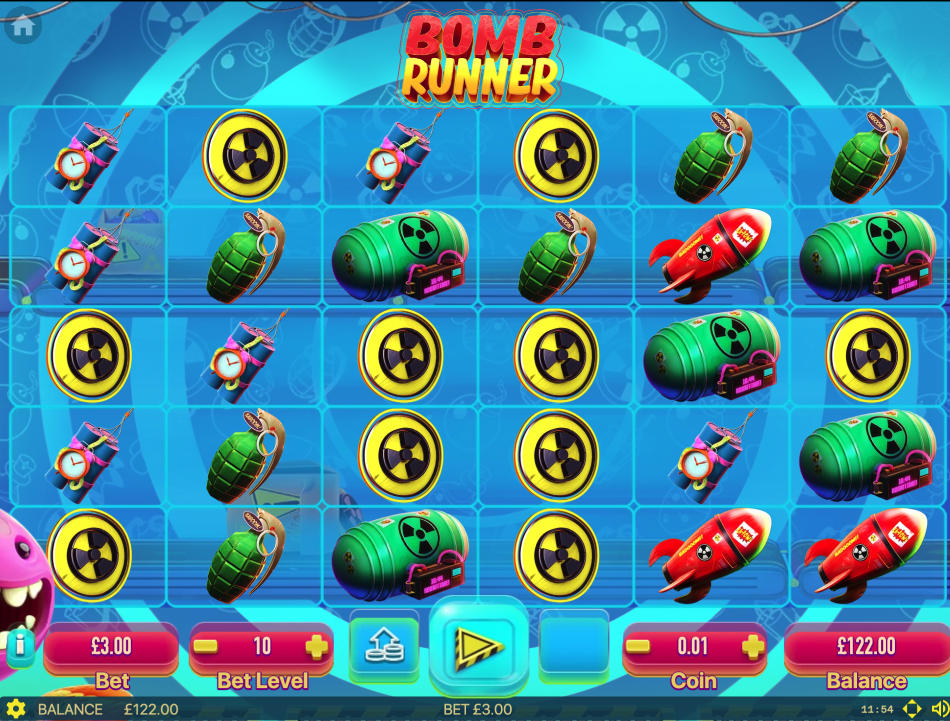 The destructive instruments of war don’t generally make it onto the reels of many online slot machines but occasionally they do as with this explosive outing from Habanero Systems – it’s called Bomb Runner and it comes with a wild feature in which symbols remain on the reels for up to nine spins.

Bomb Runner is a six reel slot with five rows and a fixed payline number of 707; the design is all about bombs with a target area behind those transparent reels nd conveyor belts transporting piles of munitions.

All the symbols are related to the explosive theme and include red missiles, nuclear weapons, sticks of dynamite, hand grenades and the radiation warning sign; the small purple bomb is wild and the key to the bonus feature.

Before any spin up to six wild bombs can drop onto the reels and each will display a number between one and nine – that’s the number of spins the bomb will remain in situ until it finally explodes, turning the neighbouring symbols wild also for the final payout evaluation.