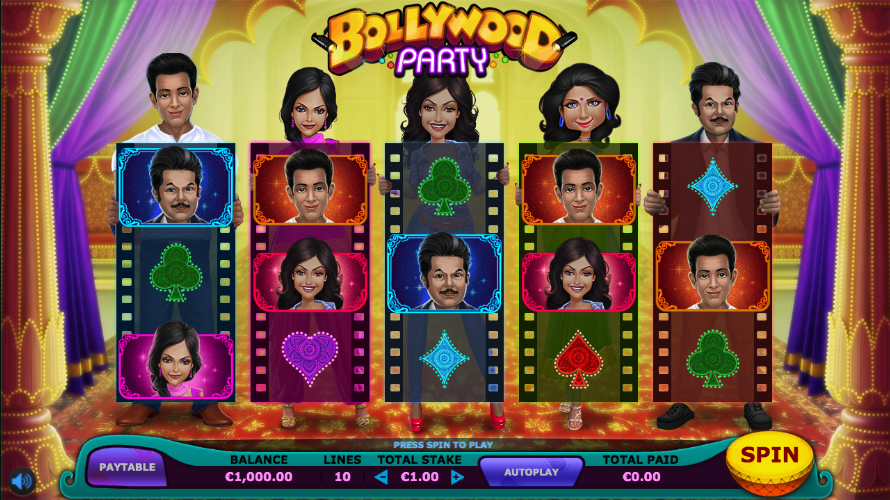 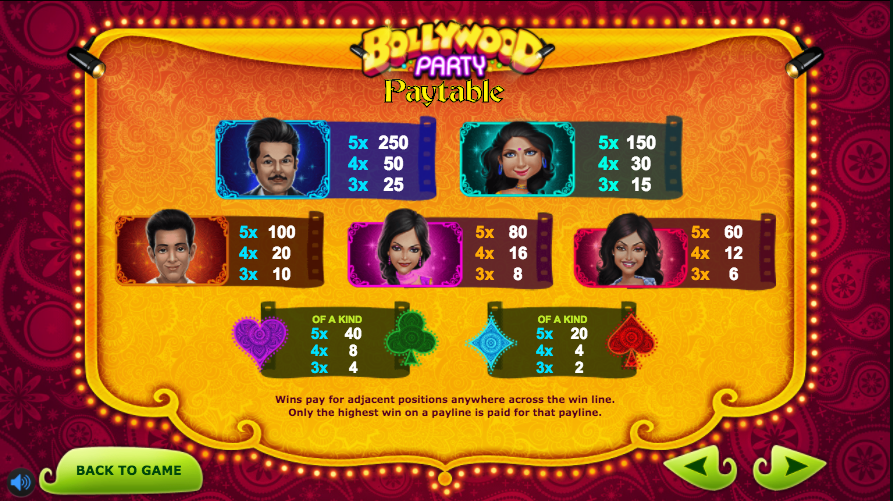 Centred in Mumbai, the Bollywood film industry produces more films and generates more income than any other country and therefore it’s only right that there should be an online slot based on this phenomenon; Bollywood Party is developed by Sigma Gaming and thankfully it includes plenty of colourful dancing

Bollywood Party is a five reel slot with three rows and ten fixed paylines; there’s a great design to this game in which each reel is a film strip held up by one of five Bollywood characters; the backdrop is a plush room adorned with colourful curtains and lit pillars while the music is as Bollywood as you would expect.

The five characters are the high value symbols and we can differentiate them by colour – blue, green, orange, purple and red; intricate playing card symbols of various colours represent the lower values.

There are no wilds or special symbols in Bollywood Party but note that winning combinations can be formed anywhere on the reels as long as they are adjacent and on an active payline.

This is the only extra feature and it can be triggered randomly when you land at least three of the same symbol on three different reels; the dancing now begins and the cast of characters will rearrange themselves stylishly into new positions along with their reels. If there are any further wins the dancing continues and this process goes on until no new wins are formed. This can be quite an earner if there are lots of the original symbols in place to begin with.

Bollywood Party is a slot that’s lots of fun with it’s cast of cartoonish dancers and entertaining background music; the feature hits regularly and seems quite profitable for the luckier players. This game comes with an RTP of 95.52%.