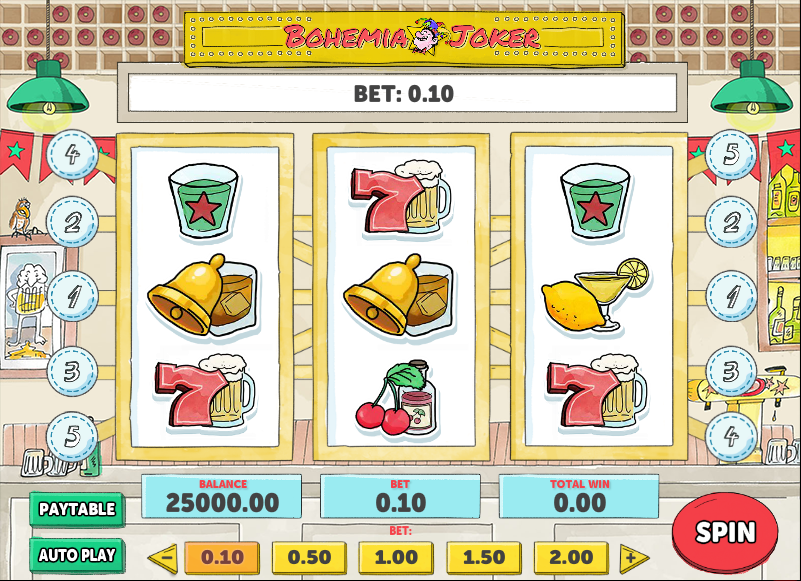 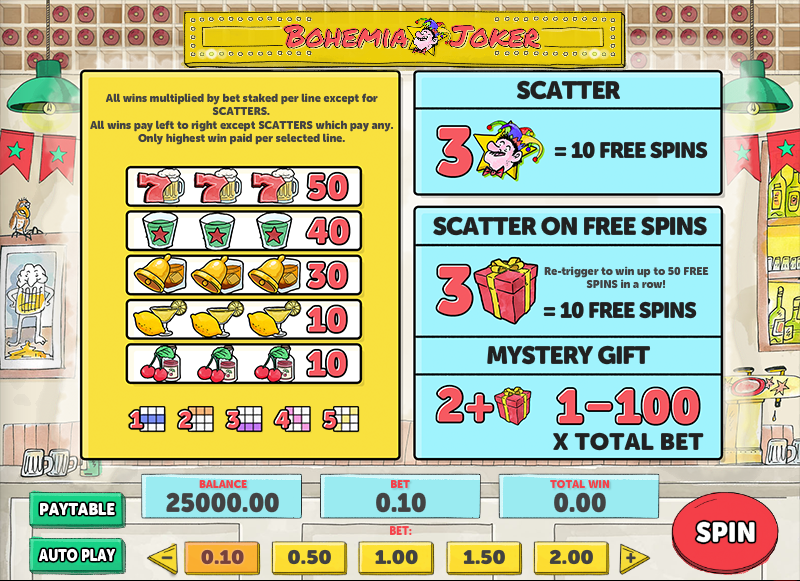 Three reel online slots take many forms in these days of increasing competition and it’s not uncommon to see these machines with various bonus features to break up the constant spinning of the reels. Bohemia Joker is another to add to that list, it’s developed by Play N Go and despite the name, it’s an alcohol-themed game described in more detail below.

Bohemia Joker is a three reel slot with three rows and five fixed paylines; graphically it’s a very interesting design with hand drawn symbols on the reels and simple pencil sketches of a bar in the background. The sound effects are a combination of relaxing piano music and the grinds and clicks of a traditional slot. 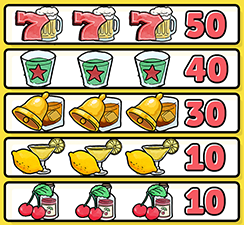 There are only five standard symbols and they are a combination of traditional and alcoholic as you can see from the chart on the right:

There is no wild symbol in Bohemia Joker but there’s a joker scatter symbol which activates the main feature and a red gift box which appears during that feature.

This is the only extra feature and it’s triggered when you land three of the joker scatter symbols anywhere in view; you will now receive ten free spins (as you can see from the video above) but during this round the red gift box scatter will be added to the reels. Landing two of these boxes anywhere in view will award a prize of 1-100x the total bet and landing three will ten more free spins up to a total of fifty.

Bohemia Joker is a nice combination of attractive graphics and simple, entertaining gameplay; it comes with a very respectable RTP of 96.98% and is well worth checking out.