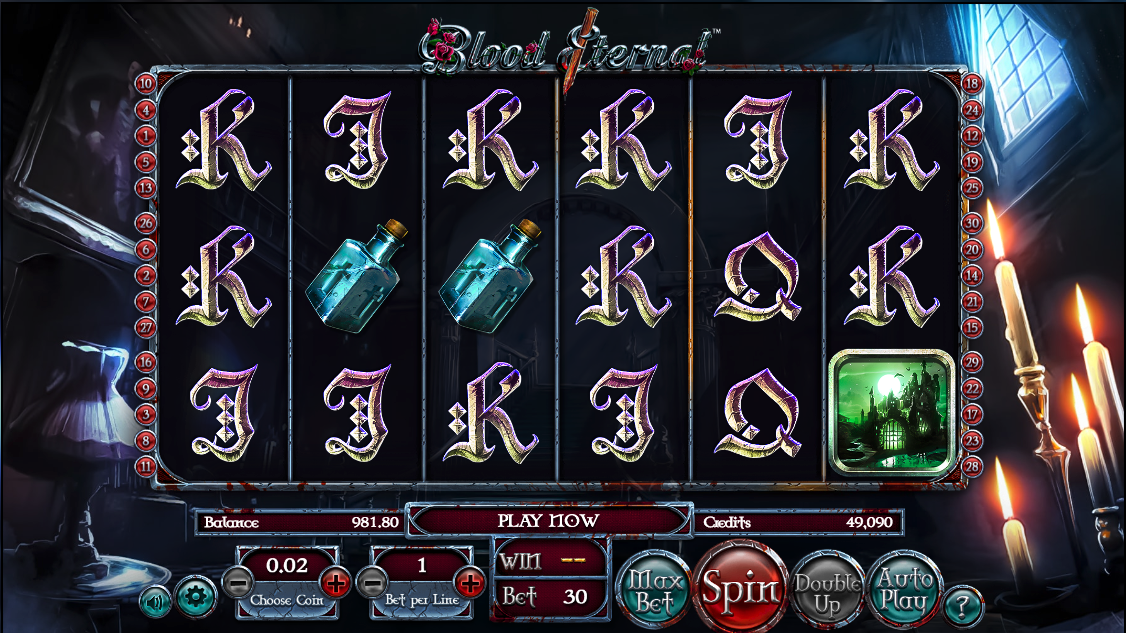 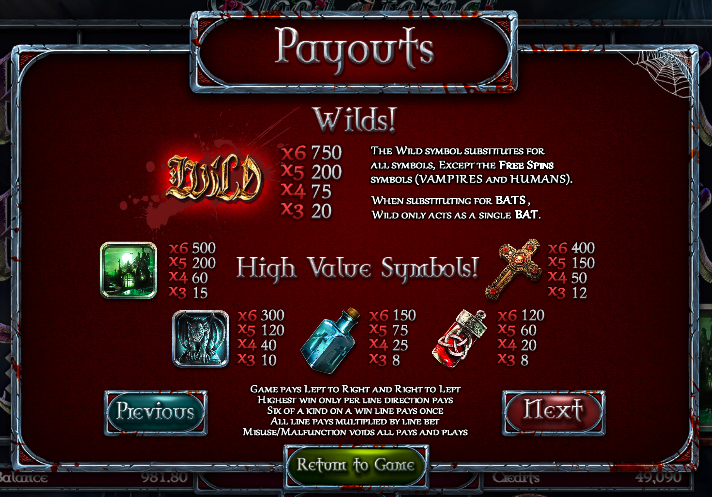 Vampires, along with pirates and cowboys, always add a little extra something to any online slot and this time it’s in the shape of Blood Eternal, a release from Betsoft Gaming which brings humans and the undead together to award bonus features – find out how it all works right here.

Blood Eternal is a six reel slot with three rows and thirty fixed paylines; there’s a dark, brooding atmosphere to this game with a very gothic scene of candles and high moonlit windows providing the backdrop.

The high value symbols include a view of the castle, a gargoyle, a bottle of holy water, a vial of blood and an ornate cross; J, Q, K and A make up the lower values. There are also bat and bat x2 symbols which means that winning combos can be formed with more than six icons.

The wild is a big, gold ‘Wild’ which will replace all others to form winning combos except for the vampires and humans.

Vampires only appear on reels two and five and humans on reels three and four – if they land next to each other (a human is caught) then eight free spins are awarded. That triggering pair will become wild symbols and freeze in place for this round and they’ll also turn up to four adjacent symbols wild on each spin.

More spins can be triggered by landing another vampire/human pair during this phase.

This is a gamble feature which gives players the chance to double up their base game win in a 50/50 punt but if you get it wrong you’ll lose it all.

All Betsoft’s slots look good and Blood Eternal is no exception; it comes with a clever bonus feature, an atmospheric soundtrack and an extra reel to boot so we’re happy to recommend it – it comes with an RTP of 95.03%.