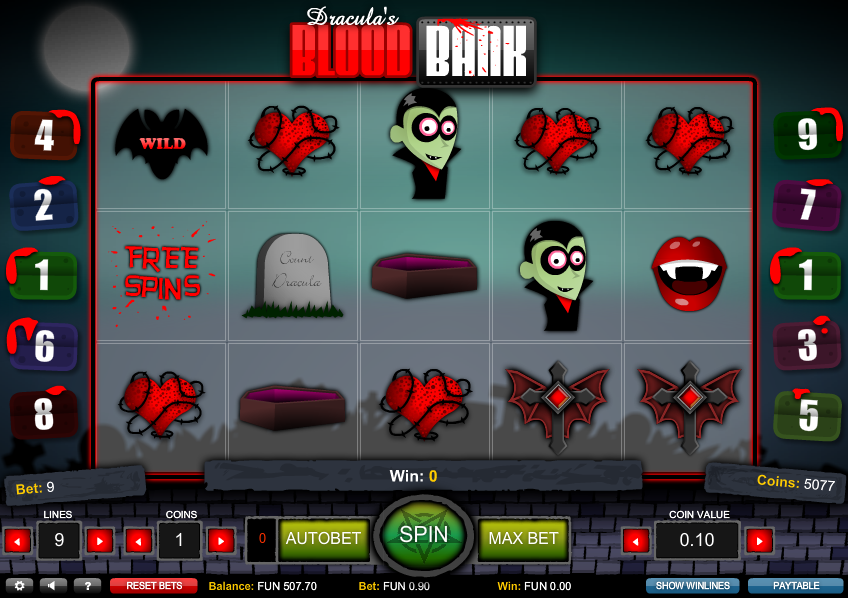 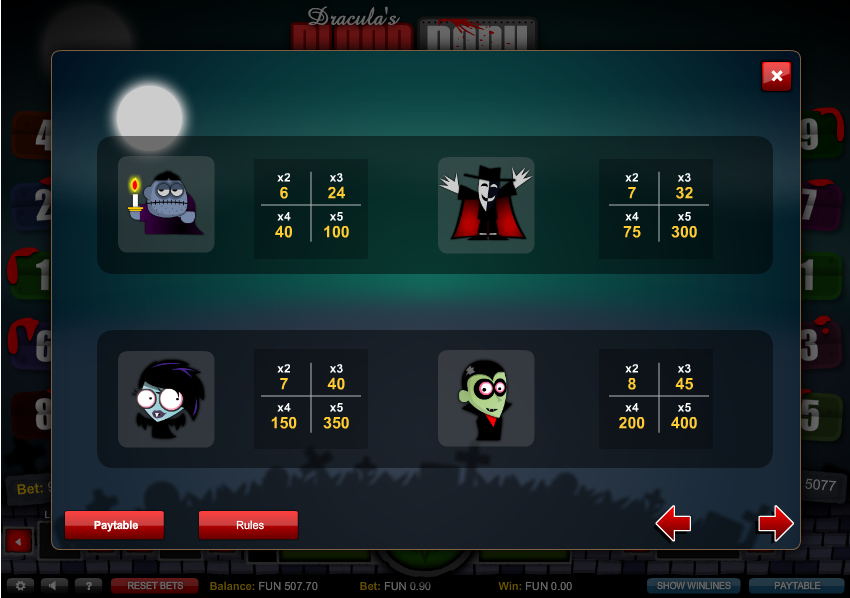 The full title of this online slot is Dracula’s Blood Bank which should give players some idea of the content. It’s a vampire-themed game from 1×2 Gaming which is designed in a similar way to slots such as Kitty Cash and Piggy Bank and it plays in much the same way. There’s a couple of blood-sucking bonus features to enjoy so read on for more information.

Blood Bank is a five reel slot with three rows and up to nine paylines; the graphics are an odd mix of basic and endearing and the backdrop to the reels is a silhouetted graveyard under a full moon. The sound of church bells and creepy piano music accompanies the gameplay.

The symbols are all related to the theme and include a coffin, a gravestone, a cross, a heart, a vampire’s teeth and then five characters including Count Dracula himself.

The silhouetted bat is the wild symbol which replaces everything else except the scatter; the scatter is a blood-spattered free spins logo which activates the main feature.

As well as the standard way to win, you can also create winning combos which include any combination of the male & female vampires and the phantom; the prize is 150x your line stake.

The blood-spattered free spins logo is the key here and landing three or more anywhere in view will reward you with the following:

All wins during this feature will be subject to a 2x multiplier but unfortunately more spins cannot be re-triggered from within the round.

The graphics may seem a bit like they were stolen from a children’s television show but that’s all part of the appeal here; it’s all strangely addictive and the free spins seem to get triggered regularly. There’s a generous RTP of 97.32%.